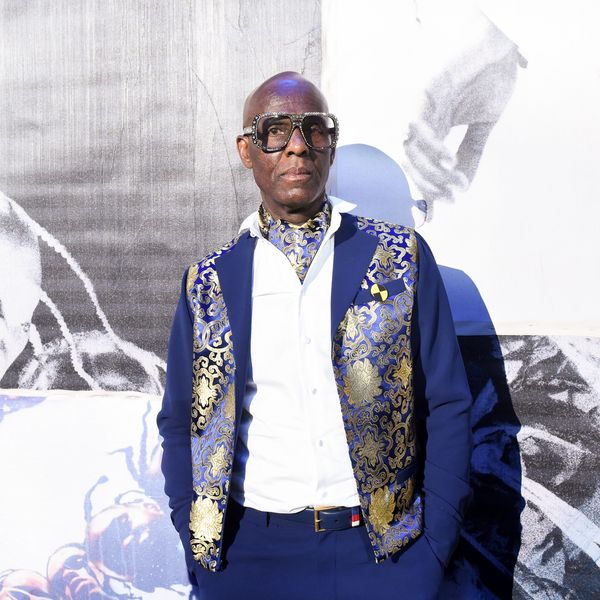 Dapper Dan, the notable Harlem couturier, has addressed the Gucci blackface controversy that has spurred a collective uproar among notable figures far beyond the fashion industry. The famed tailor and Gucci collaborator, took to Twitter on Sunday to announce that he will be meeting with Gucci's CEO Marco Bizzarri in Harlem to address the brand's misstep.

"I am a Black man before I am a brand," Dan wrote. "The CEO of Gucci has agreed to come from Italy to Harlem this week to meet with me, along with members of the community and other industry leaders. There cannot be inclusivity without accountability. I will hold everyone accountable."

Gucci has been embroiled in a controversy following the release of their "Balaclava" sweater. The black turtleneck, which can be pulled up to cover the bottom half of the face with a cut out revealing large red lips, prompted many critics across industries to point out the sweater's resemblance to blackface. Following the wave of backlash, Gucci issued an apology, explaining that they hoped this incident would provide a "powerful learning moment," and pulled the sweater from their online and in-store inventory.

Gucci deeply apologizes for the offense caused by the wool balaclava jumper.
We consider diversity to be a fundamental value to be fully upheld, respected, and at the forefront of every decision we make.
Full statement below. pic.twitter.com/P2iXL9uOhs

Gucci's decision to meet with Dan and other members of the community, indicates that the brand is in fact approaching the racist oversight with a renewed willingness to learn from the incident. Although the balaclava sweater was clearly an insulting misstep on Gucci's part, other luxury brands, specifically famed Italian house Dolce & Gabbana have failed to admit wrongdoing or express regret following similar racist gaffes.