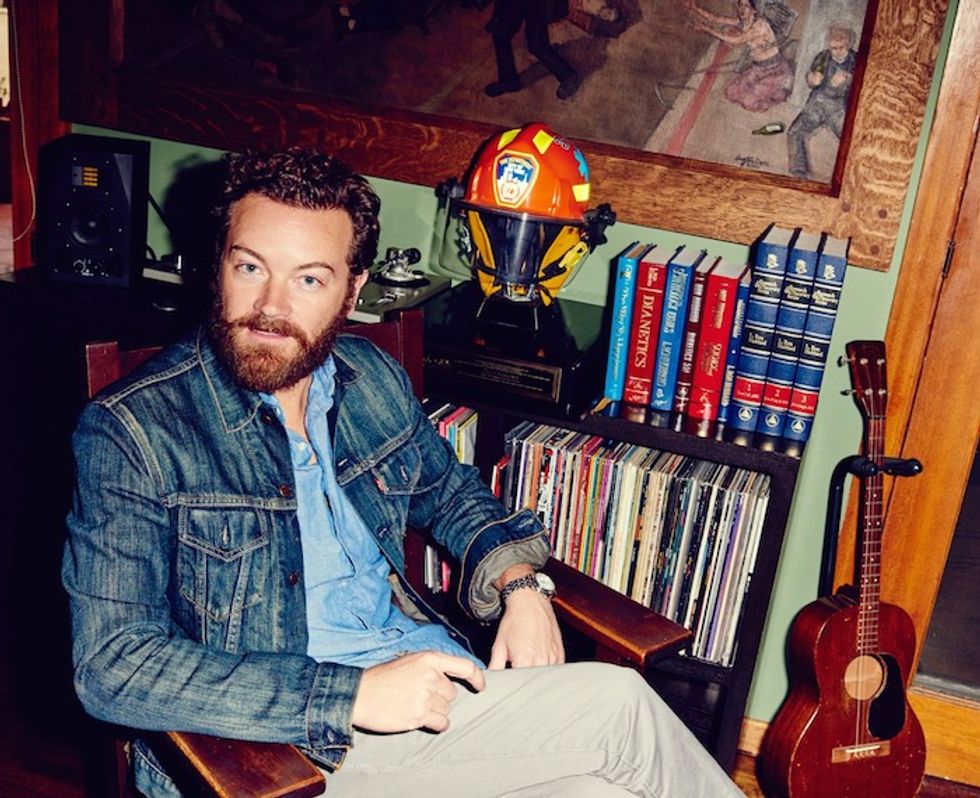 That was something I actually found on Scientology.org, that there were a handful of religious holidays including his birthday.
Yeah, the special occasions which are anniversaries of things, but then they'll basically like, on LRH's brithday, there'll be an event where they talk about the things that've happened in the past year. On the anniversary of Dianetics, they'll talk about, you know, what countries are now having places that deliver Dianetics. So there's stuff like that, where it's just sort of like updates on what's happening in the world, but nothing really more than that.
Do you feel like it's fairly democratic? Does the fact that there is coursework that people have to pay for make it less open?
No. I mean, most of the courses cost 20, 50 bucks. If you can't afford to go sit in a room and have someone who's trained in that course give you the lessons and help you study and learn it, then I don't know what to say. I mean, it's cheaper than college. You could argue how expensive college is and then the debt for the next 10 years -- and then how often do you use all of that information? I feel like I got the better end of the deal on that one.
Another thing you hear is that Scientology and psychiatry are pitted against each other...
Yes. You will not find a Scientologist who does not fucking hate psychiatrists. Because their solution for mental and spiritual problems is drugs. So let's talk about putting a Band-Aid on something that's just going to get worse and worse and worse. And the thing is, I'm sure there are tons and tons of amazing human beings who are psychologists or psychiatrists. But it's like, if you study that man is an animal and nothing more than that, and you basically have this fuckin' manual that has, what, 5,000 disorders in it, that you just bill your insurance company -- "Oh, you have PMS disorder, you have caffeine-addict disorder, you have mathematics disorder; here, take Prozac" -- what the fuck is that? Scientology handles those things, those mental problems that people have. It gets rid of them. It gets rid of them by that person doing it for themselves. That's the solution to depression, not fuckin' Prozac and whatever other pill that makes the kid then walk into a goddamn school and kill other kids.
Paul Haggis left the church on account of gay marriage.
Yeah, which is so stupid. What Paul was angry at made perfect sense, but it had nothing to do with Scientology. There was some person who worked at some small church in San Diego who wrote his name and then wrote "Church of Scientology" on Prop. 8, which is the most fucked up thing I've ever fucking heard. That guy got reamed, kicked out, I don't know what the fuck happened to him. But then Paul was just mad that, as a religion, we're not going to come out and say that we are for or against anything, which is a political matter. You'll [hear] over and over where people ask somebody in the church to give their opinion and it's like, "We have no opinion in the world of politics. We are a religion." So if you want to know about spirituality we will talk about that, but not on anyone's stance on the politics of that. I mean, dude, there's a fucking ton of gay Scientologists. There's absolutely nothing on anyone in Scientology being against Prop. 8 in terms of them picking that as their religious stance. And so Paul then took that and went crazy about it, like, "You need to as a church come out and say that you're for gay marriage!" And the church is like, "Well, we're not going to do that, because we're not getting involved in a political matter in California. It has nothing to do with us, so please just fucking drop it." And the other thing is that Paul hadn't done anything in Scientology in fucking 30 years. So Paul is that dude who did some Scientology in the '70s and would hang out with Scientologists but never actually did any Scientology -- never got any auditing, wasn't doing any courses, literally for 20 years. And that's the fucking truth of the matter.
Do you foresee a time when conversations like this will be moot and Scientology will be folded into the larger religions of the world as something that just is?
I think next week, it begins. [laughs] I mean, to me it already is. I haven't had a conversation like this about my philosophy -- I don't think ever. But I love doing it and have no problem doing it. I work, I have a family and I'm a spiritual being who likes to understand why things happen in the world and want to learn more so that I can have them not affect me adversely. So if that's weird, then, well, you can go fuck yourself.

Read more from this issue:

Inside the Sprawling World of Christian Music Festivals