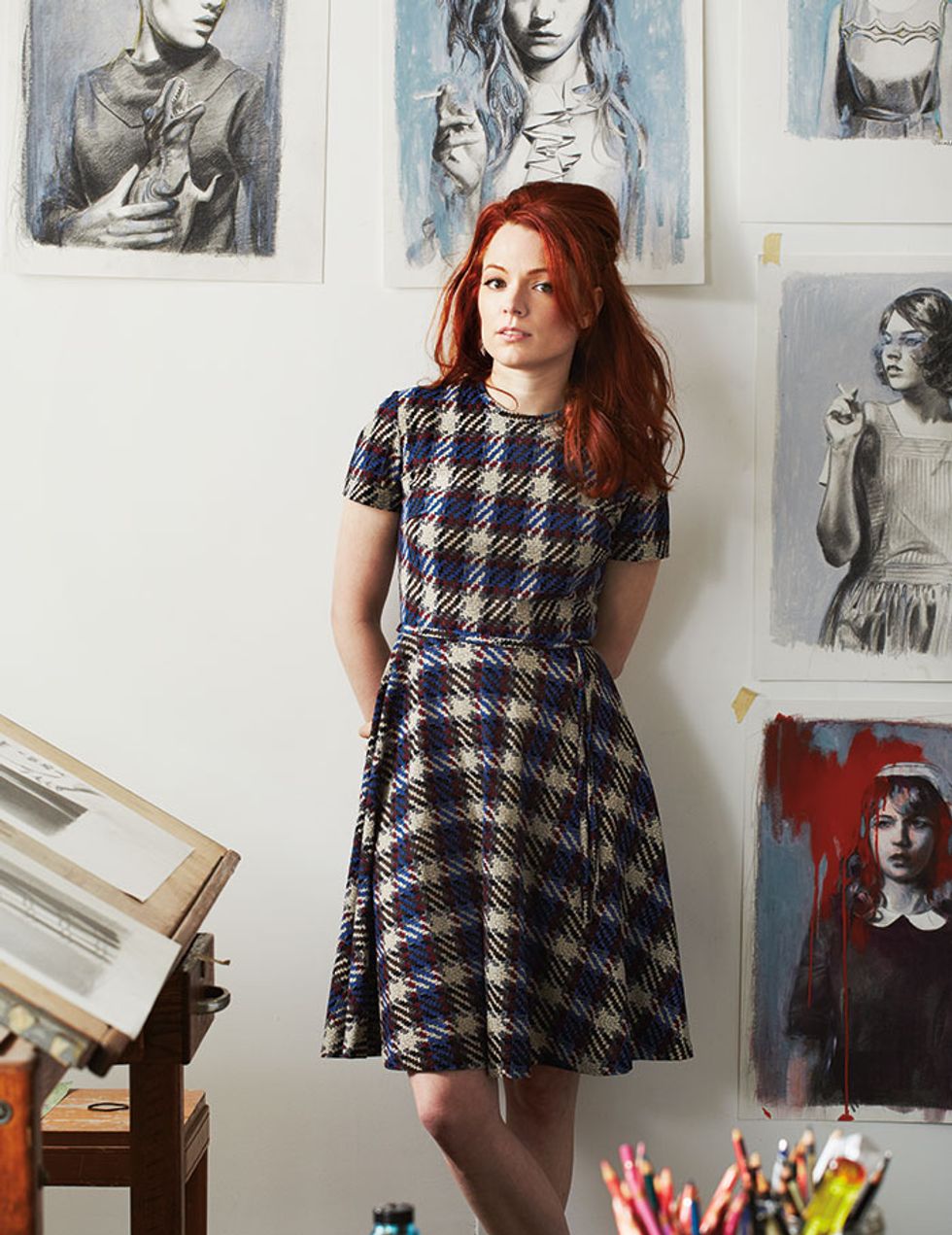 Danny Masterson (Class of 2008) met artist Mercedes Helnwein through the late artist Bryten Goss. As an avid supporter of Helnwein's work -- including her recent banjo obsession -- Masterson catches up with his old friend and sheds some light on the fertile L.A. art scene.

Danny Masterson: Give us a little backstory on how you were raised. I know you moved around a lot as a child.

Mercedes Helnwein: Yeah, I was born in Vienna, because my dad [Gottfried Helnwein] is an artist there. I lived in Germany. I lived in England for a while. Then we settled down in Ireland.

DM: And now you live in downtown L.A. You were there before it was a cool place to live. I think you and [your family] started the mass collection of crazies in downtown.

MH: We probably did. When we moved down there, when you parked on the street, your car was going to be broken into just like that. Now it's insane how safe and popular it is. It's changed a lot.

DM: Let's talk about your art and when you started drawing. Was it anything to do with your dad being like, "Here, take this pencil and start drawing things," or was it something you wanted to do yourself?

MH: I don't ever remember not drawing. It's just an obsessive thing that I've done since, I don't even know how old. I don't think it had much to do with my dad, because at that point I wasn't even really aware of what my dad was doing. It was just something that I did. It was therapeutic. I drew a lot in hotels that my dad took us to. I remember being in New York, and my dad left us in hotels all day, and we did drawings. Then we'd go knock on the other doors and try to sell our drawings so that we could go buy things from the gift store downstairs.

MH: Yeah. My dad was like, "You can't knock on other people's doors. You can't do that." But then when I was older, the art was around all the time. My dad was obviously doing that, and having shows and things like that, but I still didn't think I wanted to do that as a career. I wanted to be a writer. Even in my teens, I just wanted to be a writer. I almost wanted to avoid a career in fine arts, but I kind of fell into it, because I started having a little show here and there -- just to see people's response to what I was doing and it was so crazy to me, because I only had ever done it for myself. Suddenly it was creating an effect with other people and that was extremely motivating, because I think that's ultimately what art is about. You want to have a rise with somebody else. You want to change something in their world. So at that point I was suddenly like, "Oh, this has nothing to do with what my dad is doing, or me doing the same thing or not doing the same thing. It's completely separate. It's just me having a chance to communicate with other people." Then it wasn't weird after that.

DM: I don't know anybody who's doing what you are doing. Your shows are so successful and it's so great because you are changing. You were doing the crosshatch stuff and then some of your painting started to come in. It's really amazing watching you develop and become your own master now.

MH: I think you are probably one of the first people who ever bought something from me, so
I feel like you have a very good view of how things developed. 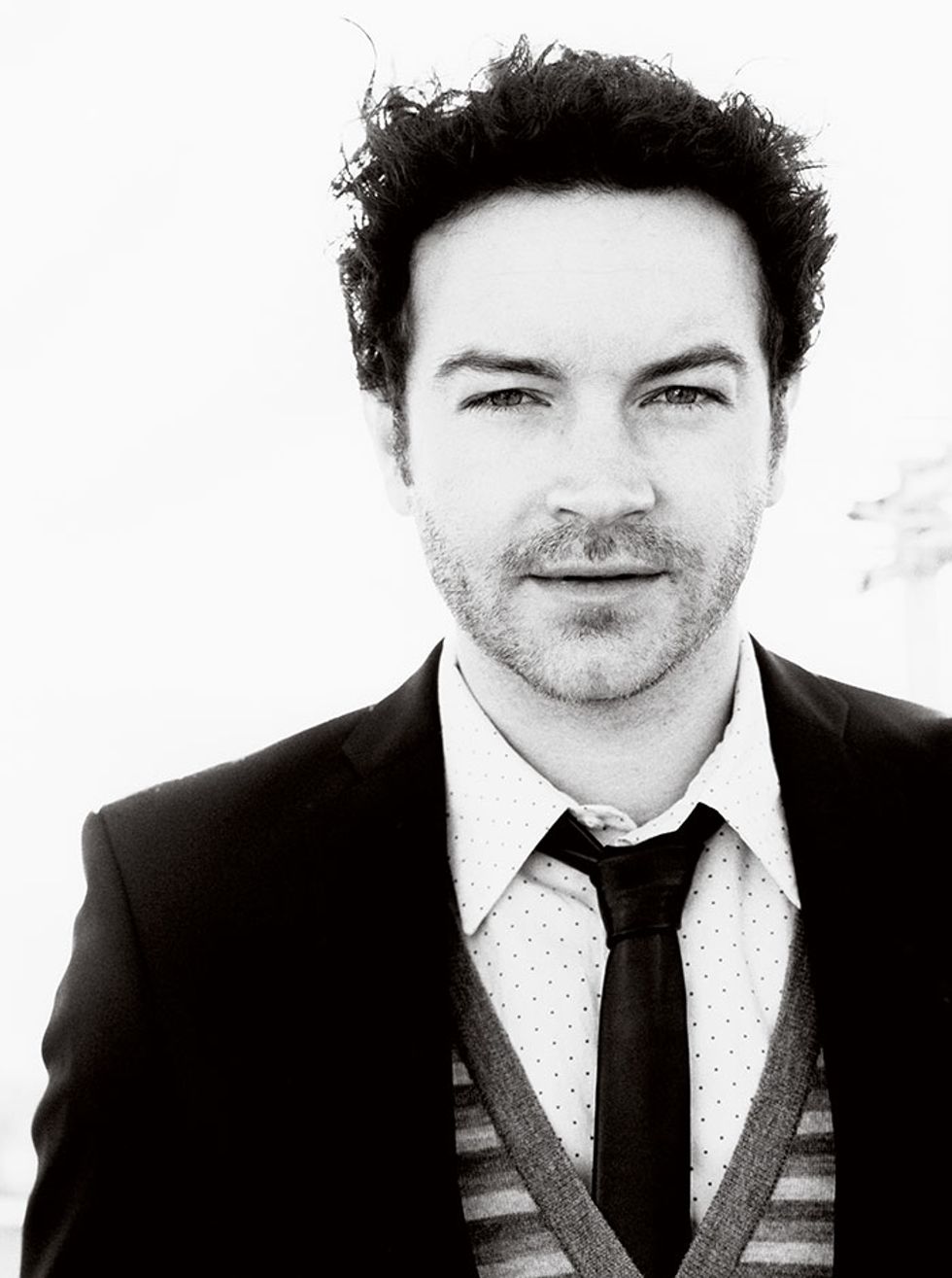 DM: Yeah, I have different years of your art all over my house.

MH: Yeah, when I come to your house I'm like, "Oh my god! I remember when I used to do this kind of stuff!" It's very interesting.

DM: You just had a big show in L.A. at Merry Karnowsky's gallery. When is your next show?

MH: I'm going back to Vienna and I'll probably show there. I'm kind of concentrating on some European shows right now. I haven't had a bigger show there in a while. But I also think there might be a smaller show with Merry at some point this year.

DM: Can we talk about your newfound fascination with the motherfucking banjo? You've become a banjo maniac.

MH: I'm fascinated with blues and old-timey music, and I've always thought it was such a beautiful instrument. I bought one and I didn't know how to play it for years. About two years ago I really began learning how to play it. Since then I've just been sucked in.

MH: Thank you, yeah, it's crazy. Sometimes that's all I want to do.

DM: Well, the art thing has already worked out, so you're kind of fucked there...

MH: But if anyone needs a banjo player, I'm available.

See more of the Chosen Ones