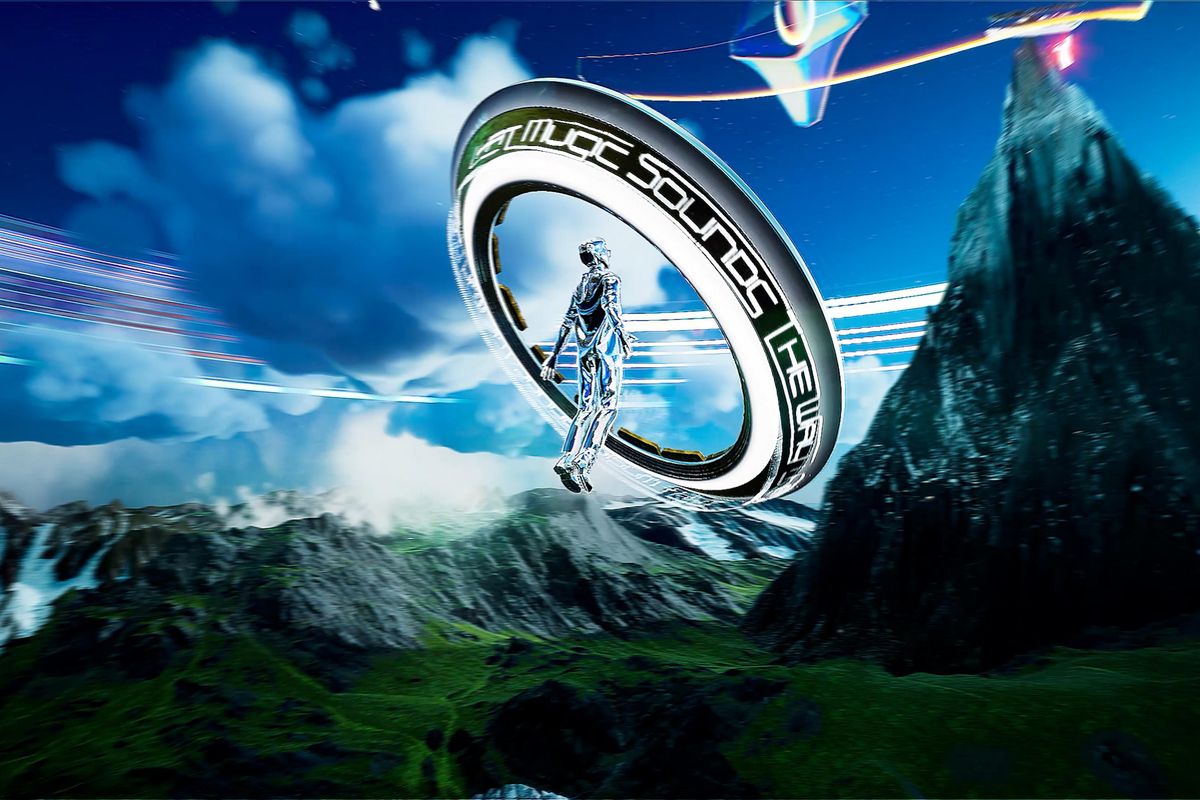 Over the past half decade, Danny L Harle has worked with the likes of Charli XCX, Rina Sawayama, Clairo, Carly Rae Jepsen, Caroline Polachek and more, crafting meticulous and moving pop. Throughout his career so far, the PC Music OG has also amassed more than a few names: Huge Danny, Danny Sunshine, Daddy L Harle, Milord. Now, as he gears up for his debut artist album, the producer is ready to add a few more.

Envisioned as an interactive CGI club experience where the party never stops, Harle's high concept album, Harlecore, sees him embracing fast-paced, hyperactive rave. By exploring genres like hardcore, gabber, makina and ambient as Club Harlecore's residents DJ Danny, DJ Mayhem, MC Boing and DJ Ocean, Harle looks to bring many sounds under one roof in a rave for the ages.

Harle has offered the first glimpse of DJ Danny's Euphoria Stadium with a new Rolfes Brothers-directed music video for "On A Mountain." Looking like Metal Mario-meets-Armin Van Buuren, the clip shows DJ Danny ascending to higher planes of raving. He rides a literal mountain towards an Evangelion-esque castle in the sky, as the tracks swells to greater and greater heights.

In addition to "On A Mountain," Harle has brought back cult favorite and PC Music deep cut MC Boing for "Boing Beat." Full of bouncing springs and blistering fast bars, the beloved blue MC delivers some wholesome lyrics — "MC Boing is bouncing all night/ Everyone here is safe and nice/ Makes me wanna have a great life/ Angels singing, bass is tight" — as they guide us into Harle's euphoria-filled playground.

Harlecore is out February 26th via Mad Decent. Check out the official music video for "On A Mountain" and listen to "Boing Beat," below.