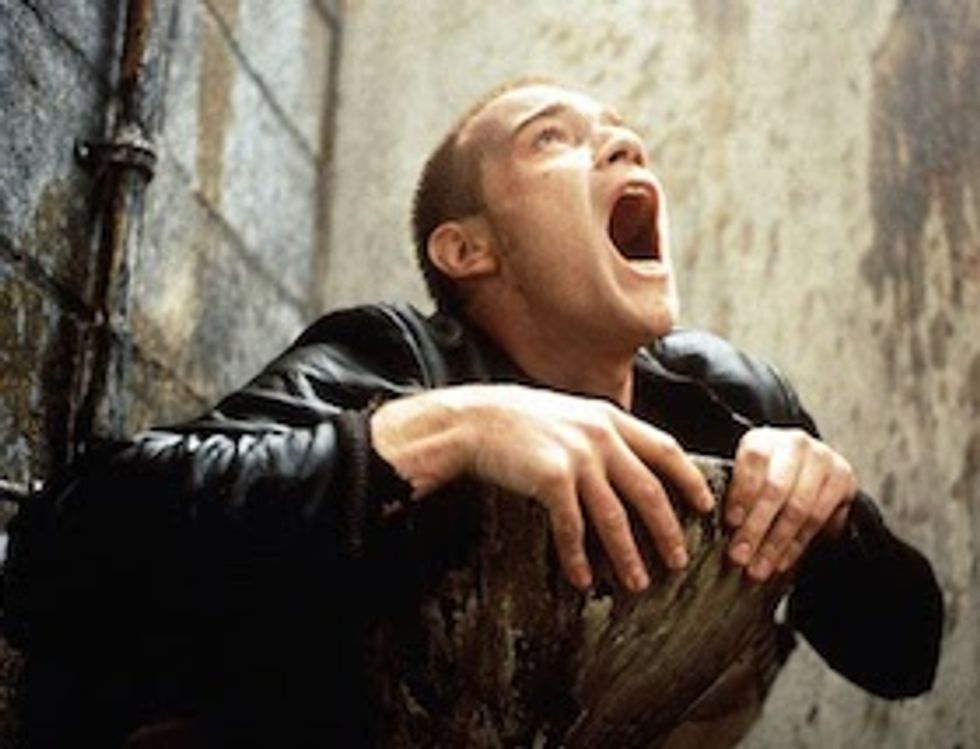 by Michael Tedder
PAPERMAG
Fans of Britpop, indecipherable Scottish accents and (if God hears your prayers), Ewan McGregor's penis, rejoice! Director Danny Boyle, currently making the publicity rounds in support of his biopic Jobs, told Deadline that his next project will be a sequel to Trainspotting, the 1996 indie classic that introduced a generation to the joys of dreamlike heroin overdoses, Jonny Lee Miller and Pulp.
"All the four main actors want to come back and do it," the director tells Deadline's Pete Hammond, referring to Miller, McGregor, Robert Carlyle and Kevin McKidd. "Now it is only a matter of getting all their schedules together which is complicated by two of them doing American TV series."
Boyle went on to say that a script for a sequel has been written by John Hodge, who adapted Irvine Welsh's Trainspotting novel and also wrote the scripts for Boyle vehicles such as A Life Less Ordinary and The Beach. The sequel script is said to be a loose adaptation of the 2002 novel Porno, which Welsh wrote as a follow-up to Trainspotting.
To celebrate this news, let's enjoy some Underworld.
You May Also Like
Fashion