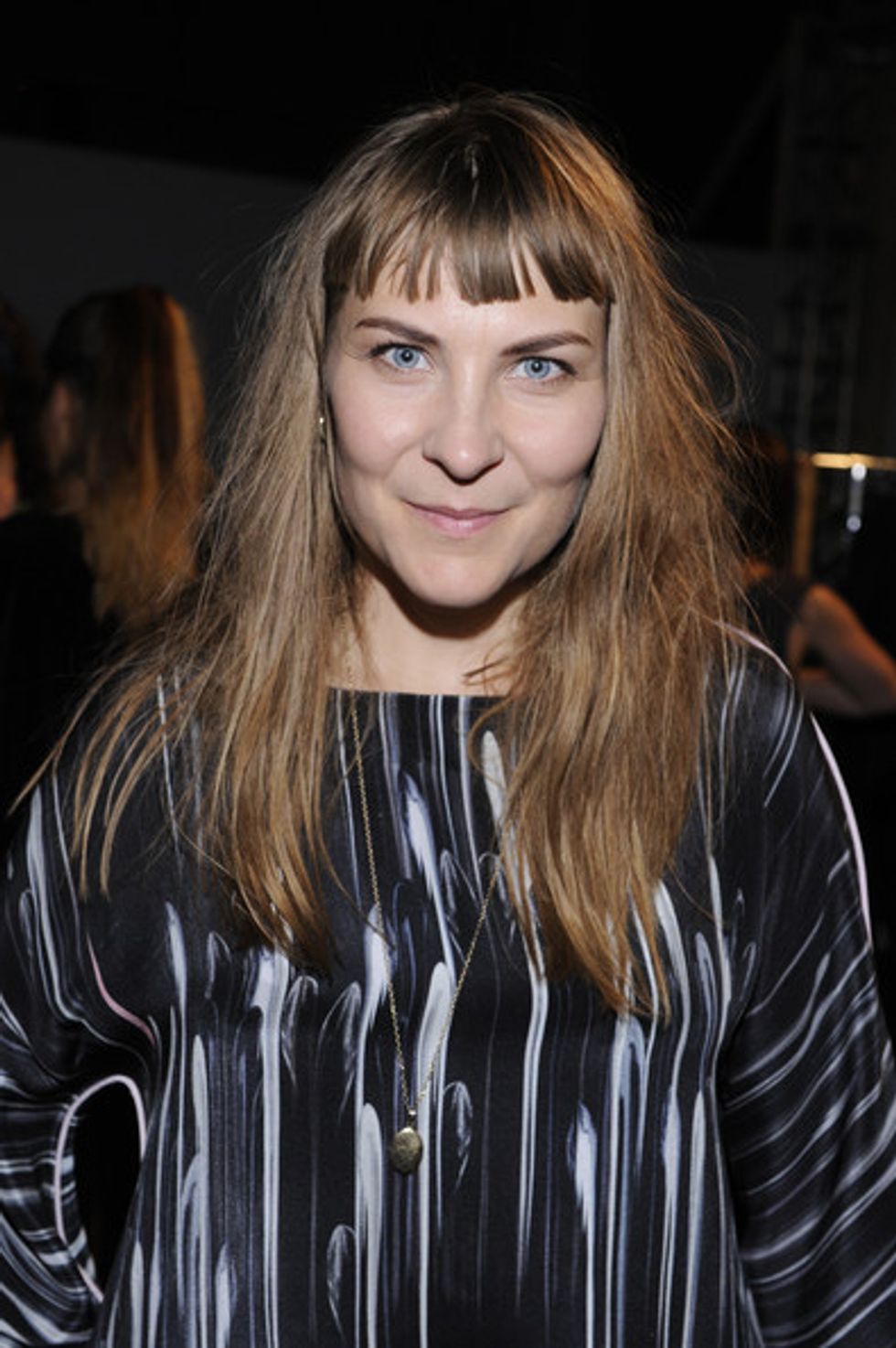 In our new column United Nations of Style, we'll be talking to the coolest, cuckoo craziest and most creative fashion designers around the world to hear what inspires them and what it's like to work in fashion where they live. First up: Copenhagen-based Anne Sofie Madsen.

How would you describe your design aesthetic?

The point where fashion replaces the body with something abstract -- an idea or ideal instead of an organism, fascinates me. I am interested in the way a silhouette can affect the body and the surrounding space and how materials, shapes, and proportions are able to generate a body language. The idea of Animism always plays a role in my collections -- to capture and save something like a soul in each style. I am really interested in the contrasts and borders between "primitive" and "civilized" -- between nature and culture. I suppose it reflects our relationship towards body and sexuality.

I want to capture a couture finish and an attention to detail within ready to wear. I aim to re-interpret the traditions of handwork and the use of techniques within couture into contemporary materials and silhouettes. The use of decorative surfaces is vital within my work and I am constantly trying to create challenging yet beautiful surfaces. I find it interesting to experiment with techniques and materials developed for another purpose than clothing and use them in an unexpected ways.

An Autumn/Winter '13 look
What are your design inspirations?

Inspiration for the AW13 collection comes from Jesper Just's art film, Sirens of Chrome, that centers around four women driving through an empty Detroit and end up at the Michigan Theater ruins, which are currently used as a parking lot. This collection depicts a female that is regenerating from human to half monster and half machine. She is a siren -- a female monster and the outcome of a post-apocalyptic city where mechanics have begun to mend with the human. The theater ruins reflected in the car has inspired the motifs for the digital prints and show decayed marble and rusted surfaces. The accessories are hand crafted molded leather inspired by monster elements. Other techniques include fur being shaped by using hair remover and cut in graphic layers to make it look artificial yet animalistic.

Who are your fashion inspirations?

The ones who dare to be original and at the same time always dare to reinvent themselves.

Where do your ideas come from?

What inspires your graphics and imagery -- where do those ideas, in particular, come from?

An Autumn/Winter '13 look
Who do you dream of dressing? If you could dress anyone, past or present, who would it be?

If you weren't in fashion, what would you be doing?

I really like to draw and I still work as an illustrator. I mainly do graphic novels and youth books and have had 8 books published since 2011. I have also done fashion illustrations for different magazines, but at the moment I can't find the time. So I think I would be doing something in that area.

An Autumn/Winter '13 look
Describe the fashion and design community in your city.

It's really small. I don't even know if it exists. I guess there are different creative "groups" or scenes of designers, artists, musicians, photographers, filmmakers and so on.

How does the fashion and design in your city affect your personal style?

In Copenhagen you have to go everywhere by bike and the weather is often a challenge. Most people dress sporty and practical and so do I.

How does the fashion and design of your city affect the style of your brand?

I don't know. It's so difficult for me to see. Our tradition is very functionalistic, very Protestant. But I'll guess my style is influenced by Scandinavian culture like The Moomins, Ingmar Bergman, Henrik Ibsen and Edvard Munch.

She is a mixture between different female characters that fascinate me. At the moment she is part Princess Mononoke (the heroine in Hayao Miyazaki's animation film of the same name), Sibyl Vane (a character in Oscar Wilde's The Picture of Dorian Grey) and the anonymous child junkie and novelist Christiane F.

What do you know now that you wish you had known when you started out?

I am still not ready to answer that question.

My company is in constant development. I am hoping for an adventure...

Loewe Is on a Roll