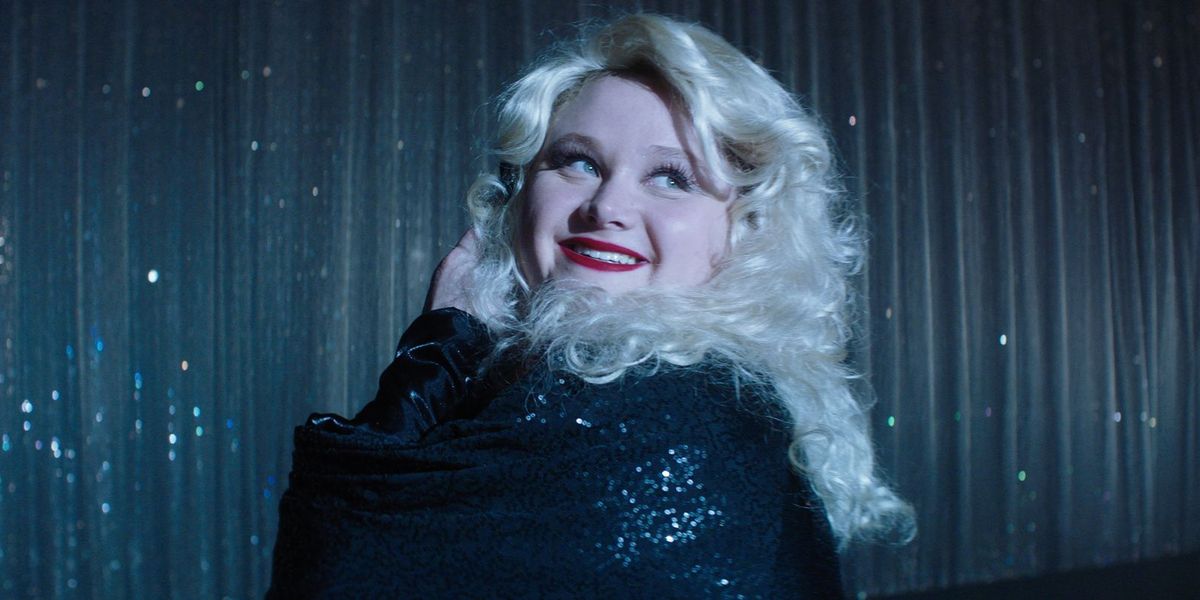 Danielle Macdonald is perfectly cast as an unlikely, and mostly unwilling, underdog pageant contestant. In 2017's Patti Cake$, she adopted a pitch-perfect Jersey accent to play a bedroom mirror rapper who dreams of crossing the river to New York City and making it big in the music business; in Dumplin' she's a sunny Texas teenager who loves Dolly Parton and looks nothing like Miss America. Dumplin' enters her local pageant not with the expectation of winning, but rather to annoy her overbearing ex-beauty queen mother, played by Jennifer Aniston. Oh, and prove a point about the swimsuit competition. "As far as I'm concerned," she declares, "a swimsuit body is a body with a swimsuit on it."

What's nice about Dumplin' is that its titular character doesn't need to undergo some turbulent journey towards self acceptance and love. Shockingly enough, this fat girl has close friendships and a crush who likes her back from the start. She doesn't hate the stick-thin blondes she's competing against — she just wants to move the conversation forward. Macdonald herself has a similar mission statement.

PAPER caught up with the Australian actress to talk more about her latest role.

What made you pick up the script for Dumplin'?

I'd actually already read the YA book and I'm a huge fan — I loved it so much. When I heard that they were making a movie I got sent the script to read, and I loved the way they'd adapted it. I knew, like, I have to do this. Oh man, it felt like my teenage self was understood in a way that I hadn't ever really experienced before, especially on screen. And that was such a cool thing that I wanted to bring to life. It was cathartic for me to film, in a way, and I hope it will be helpful for people watching it who are feeling the way I did as a teenager.

Which themes did you relate to in particular?

I think honestly it was the character herself. What she's going through in the sense, that she knows she should be positive, and confident, and she is confident in a lot of ways — but then she finds that she's not as confident as she thought, because what society tells you has more of an impact than you think it does. Or that you hope it does. We all hope that we're individuals who believe in ourselves and have our own minds, but I think society and what we're taught growing up has a big impact.

Also, just representation [of different bodies] in film. That's a big thing. I love seeing that, it's always something that appeals to me.

Related | TV is Employing More Women, but not More Women of Color

I enjoyed how this is such a really happy, positive movie. Which isn't always the case — often in teen movies girls, especially of different body types, are pitted against each other.

That was a really big thing for me as well. So often it's people who, in order to feel good about themselves, turn on others. Or it's skinny versus fat. But it's not about anyone being better than anyone, it's about equality in general. That's what this movie did that I loved. It's just showing that hey, we're all equals. Maybe people judge pageant girls, but guess what? They're just as cool and real. That's the thing — we need to stop tearing each other down.

How do you feel about beauty pageant culture in general after making this movie?

Honestly, I didn't know much about beauty pageants before the movie. I knew that they were a bit superficial, but I hadn't thought about them much, as they weren't a part of my life growing up in Australia. It's not a big thing there. But the way that pageants are represented in movies, it's always about judging these girls. And that was the cool thing about Dumplin', it didn't really do that. It's more about the bond and sisterhood that these women have. And I spoke to a lot of pageant girls while filming this movie because a lot of our background girls were actual pageant girls, and they spoke to us about how it helped make them confident, it helped them grow, they got their best friends from that life. It doesn't sound bad to me at all, honestly. Pageant culture has always been focused on the outer, and nowadays I think pageants are much more focused on the inner, and that's a really big positive change.

Drag performance is a surprising focal point of the movie. Ginger Minj from Drag Race even has a few scenes. Are you a fan of the show?

I actually am a fan of Drag Race. At the time of filming I hadn't seen it! Although I'd been to drag shows and always found them a lot of fun. But I didn't realize it's this huge, huge thing. And then I came back to LA after filming with my friends and started watching every week. We'd go watch it in a bar in West Hollywood. I don't have much time to watch my weekly shows anymore, which sucks, but one thing I'll always do is watch Drag Race. I'll find the time, I don't care!

It's a nice cultural moment for the movie to reference. I think a lot of young queer people are finding comfort in the Drag Race message.

Yeah! Having fun and showing another side of yourself. We're told to keep it in. But in the movie we're like, nope! Watch us shine.

There's a particularly funny scene in the movie where Dumplin' tells another plus-sized pageant entrant who decides to follow her lead that she's not "the Joan of Arc of fat girls." Do you ever feel the same as a plus-sized actress, like you'd rather it just wasn't something people were talking about?

Honestly, I love to do roles where weight isn't an issue. That's one of my favorite things to do. Like, guess what, we're all people, we're all normal, we're not defined by our weight and we shouldn't have to play roles that are only defined by our weight! But at the same time roles like this are incredibly important, because it is an issue, and we need to address issues, we can't just pretend they don't exist.

I think in the future it would be great if there were more roles where it's like 'Hey, guess what, you're just a person and this is a story.' But I also like showing people that it's okay to feel this way, it's okay to have these insecurities. It's okay to say 'Hey, this is an issue for me, because I grew up in a society where I'm told that I'm not okay. And now I'm trying to learn to have self acceptance.' And I think that these roles, these kinds of movies that focus on body image, they're important too. We need to see that this is an issue that we're addressing. So that hopefully in the future it won't be one anymore.