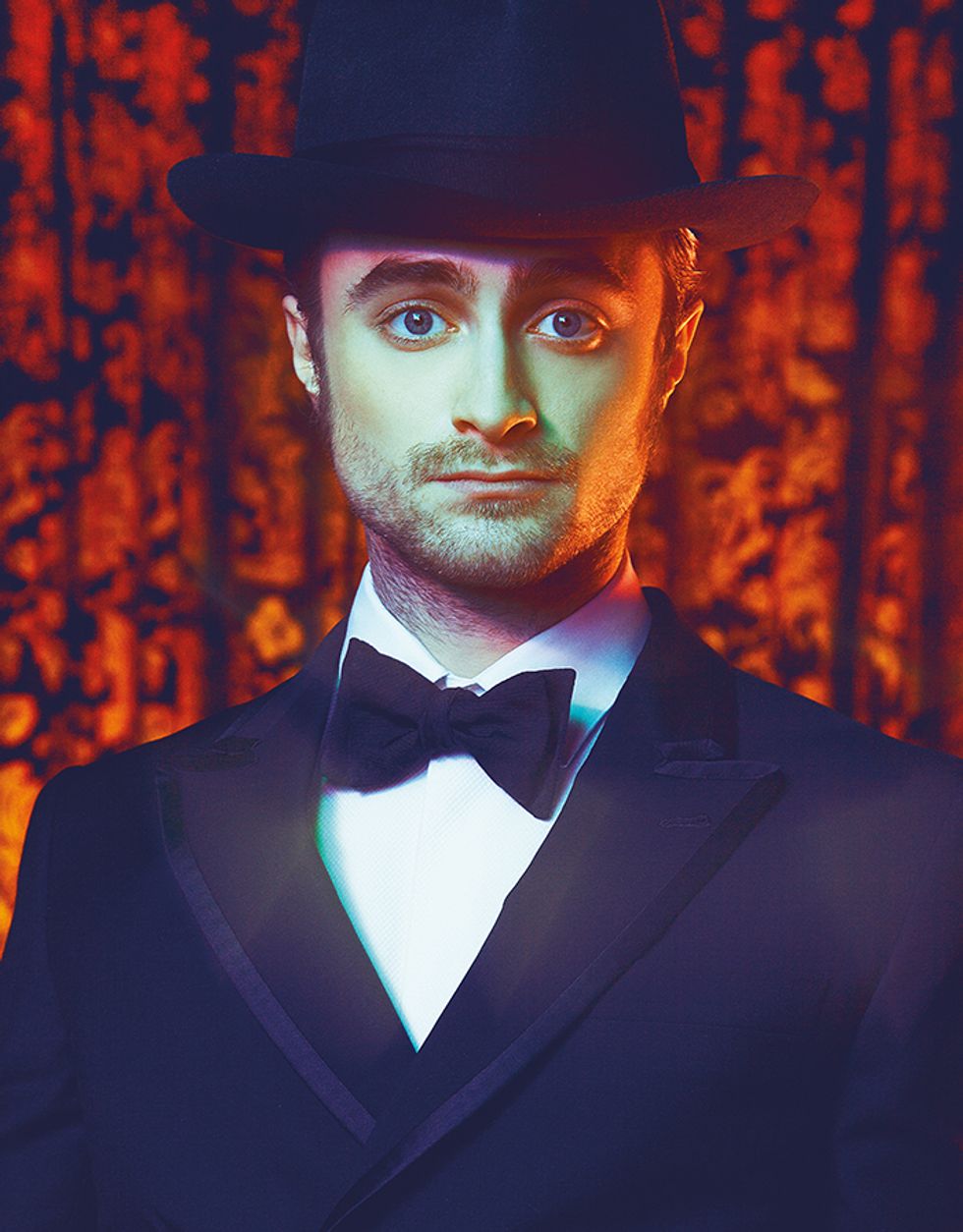 Tuxedo by Antonio Azzuolo, shirt by Hamilton Shirts, bow tie by Thomas Pink
and hat by JJ Hats.
The Bill: Last summer's sold-out West End production of Martin McDonagh's black comedy The Cripple of Inishmaan, starring Daniel Radcliffe as Billy -- a disabled man in a small town on Ireland's Aran Islands who dreams of being a Hollywood star-- transferred to Broadway last month.

Star Quality: Since wrapping the eighth and final Harry Potter film in 2011, Radcliffe has costarred with Jon Hamm in a quirky BBC miniseries and played Allen Ginsberg in Kill Your Darlings. This summer he'll star opposite Zoe Kazan in the indie romcom What If.

Stage Experience: Between stints playing boy-wizard Potter, Radcliffe turned to the stage, starring on Broadway in revivals of Equus and the 1960s musical How to Succeed in Business Without Really Trying.

On learning to play someone with a disability... "I worked on the physicality for about three or four months with a voice teacher, who has a very mild form of cerebral palsy, which is what I had chosen to base Billy's condition on. It's definitely one of the challenges of the part, but I feel good about the place I got to. I see Billy as somebody who does not pity himself; he's very practical. He's an incredibly strong, dynamic character within his disability." 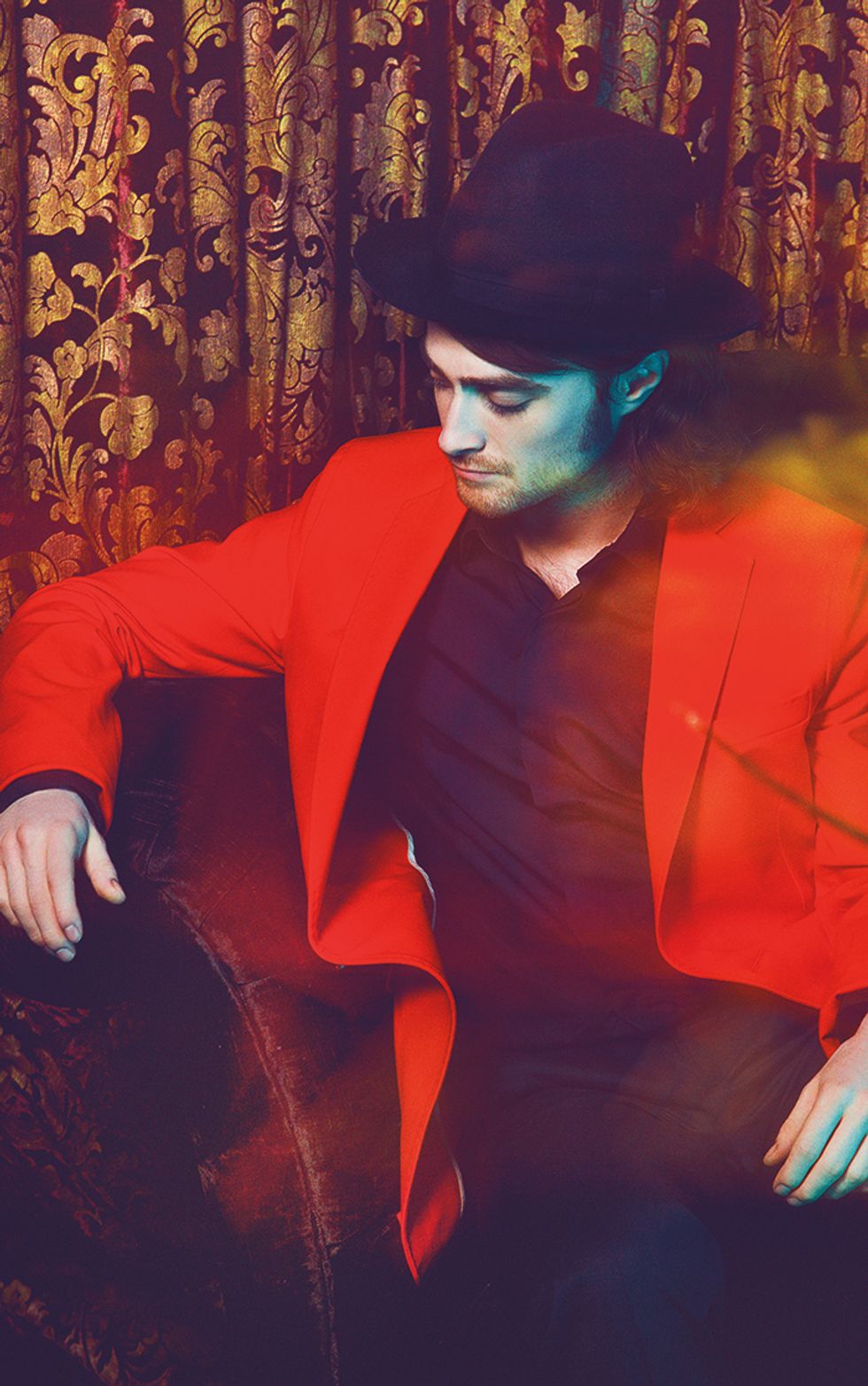 Jacket by Acne, shirt by Lanvin, pants by AMI and hat by JJ Hats.

On social media mixups... "There was one very funny moment where my dad spotted something somebody tweeted about having seen me rehearsing for Inishmaan with a pair of tap shoes. I actually had been rehearsing for something else which required dance, and apparently somebody was like, 'Wait, does he tap in this production?' I'm not sure how much Martin would have approved of my changes to his play if I had been like, 'Hey, can I make this into a jazzy musical number?'"

On spending the summer in New York... "I love just going out and sitting down in the park along with the thousands of other people who apparently have no work to do during the day. People come up to me, but they are generally really nice. New York makes it easier, for me at least. People manage to be enthusiastic and sort of sane at the same time. And that's lovely."