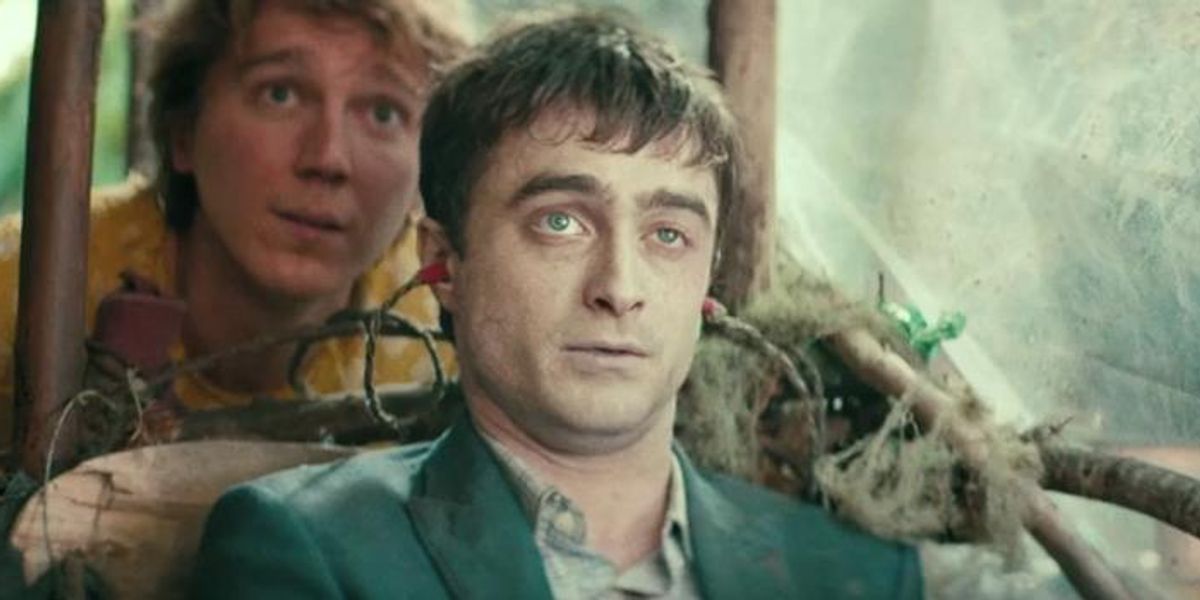 The first trailer for the upcoming dramedy Swiss Army Man has dropped, starring Paul Dano and Daniel Radcliffe, which has received a considerable buzz for featuring Radcliffe as a corpse emitting posthumous flatulence.

The plot is equal parts simple and complex, with Dano playing a man marooned on an island, who--moments before hanging himself...

...spots the dead body of a man (Radcliffe) washed up on the island's shore.

Realizing the dead body...isn't exactly dead, Dano--unsure if its all a big hallucination--begins to bond with him, while re-teaching him about the world around them.

The film was apparently so polarizing at Sundance, that many members of the audience bolted during the screening; still, a majority of the reviews were excellent, and praised its inventiveness.