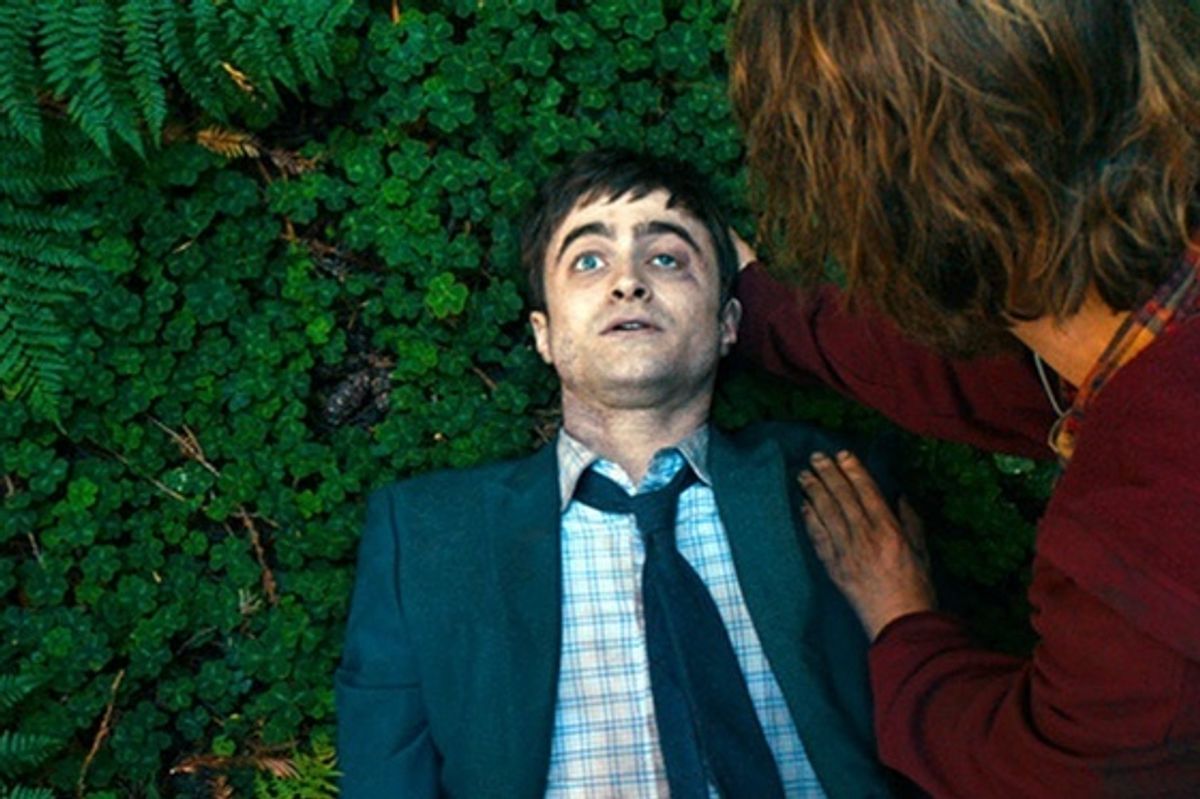 Daniel Radcliffe's Farting Corpse Movie Made Everyone Mad at Sundance

He's definitely not The Boy Who Lived anymore

Since the Harry Potter films ended, Daniel Radcliffe has really gone out of his way to distance himself from his child star roots: he's flung condoms at Diana Rigg, he's blinded horses in the buff, he's hooked up with Dane DeHaan. But his part in Swiss Army Man, which premiered at Sundance Friday afternoon, is the furthest he's ever gotten from his signature role - Radcliffe's gone from The Boy Who Lived to (seriously) a farting corpse.

The film - which, apparently prompted walkouts at its Park City screening - stars Paul Dano as a suicidal man, who discovers Radcliffe's gassy dead body washed up on a beach. And then he uses him as a jet ski. Powered by farts. The film reportedly also features lots of jokes about Radcliffe having an erection.

Directors Daniel Scheinert and Daniel Kwan (who made DJ Snake and Lil Jon's " Turn Down for What" video) have described their feature film debut as a "fart drama" and, more earnestly, a movie about "a suicidal man who has to convince a dead body that life is worth living."

The film has elicited mixed reactions, including a lot of straight up confusion.

Trolling or not, we at Paper love a good fart joke. We'll be first in line when it opens.