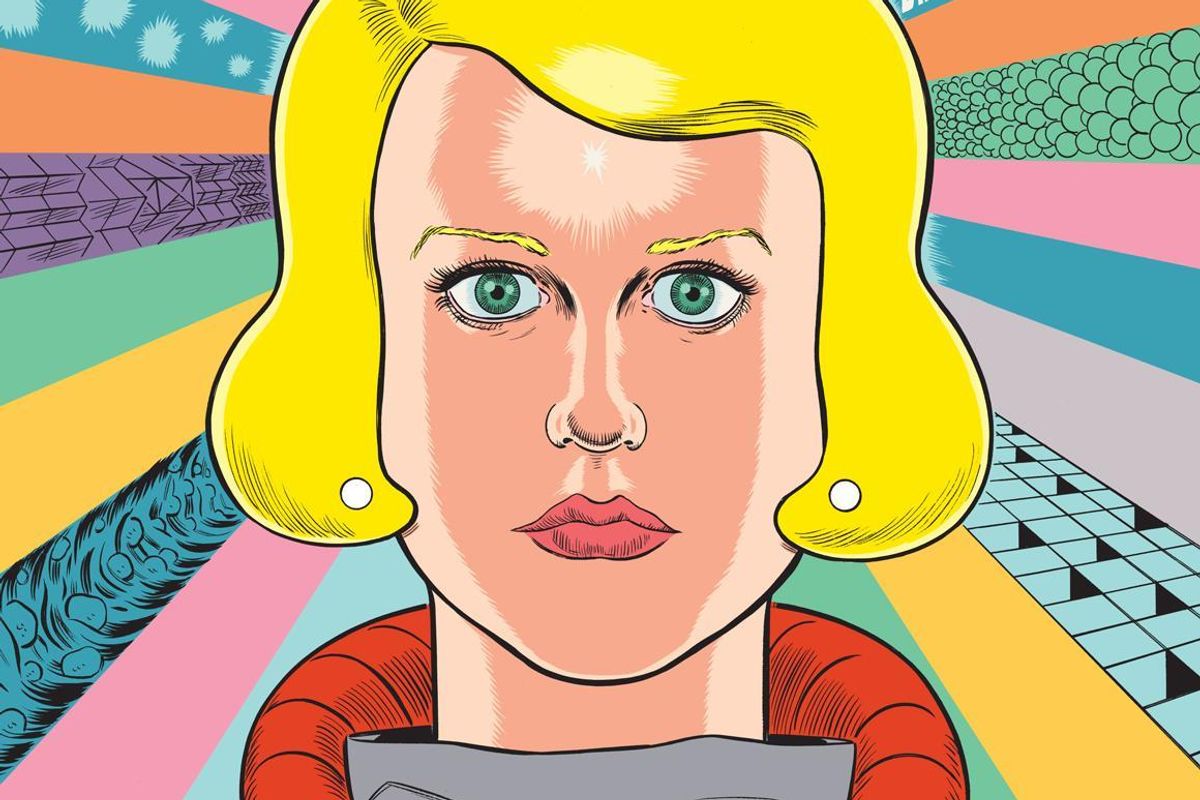 Back in the dark old days (okay, the late '80s and early '90s), comic books were dedicated mostly to men in tights and women in not much of anything at all, deemed fit only for teenage boys. But then, like a light, there was Daniel Clowes, whose Eightball series, and graphic novels broached the idea that sequential art could be as thoughtful, probing, and sophisticated as any literature you cared to name.

Clowes spare style allows him to tell poignant stories about loneliness, desire, and the fundamental questions of how we connect with each other and why--all while maintaining a darkly, wryly humorous bent. His most popular book, Ghost World, entered the minds of a pair of misfit teens, eventually becoming an Academy Award nominated film. Now, he applies his insights and humor to the relationship between a couple maybe about to become a family.

After a five year break, Clowes gives the world Patience. The initial, fairly-modest premise--a couple gets pregnant--suddenly spirals out into the science fictional as first, the woman is murdered out of the blue and the man steals a time-machine to figure out whodunnit. This being Clowes, the sci-fi framework is used to engage with the human, as the man's journeys through time reveal more about his mate than he ever expected or wanted to know. Patience is out now from Fantagraphics.