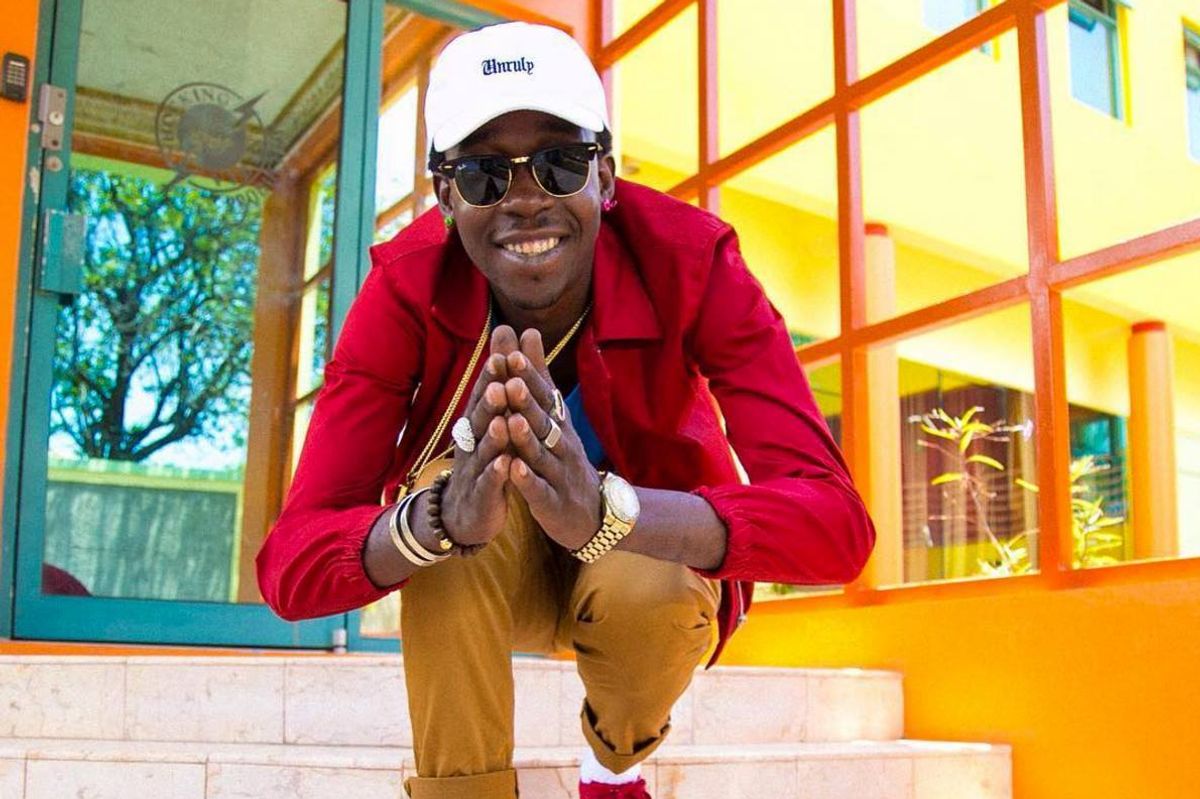 2016 is already primed to be the year for dancehall in America, as if Rihanna's Work music video and Drake's overt adoption of Jamaican patois hasn't already clued you in. However, for those you looking to learn a little more about actual Jamaican dancehall, the work of artist Chi Ching Ching is a good place to start. Known for creating many of the catchy slang terms that define dancehall and have subsequently crept into mainstream American hip-hop, Chi Ching Ching has quickly risen within dancehall ranks, and is now sitting cozy alongside Drake/Young Thug collaborator Popcaan and Beenie Man. Set to headline Mixpak x Tryna Function's party this Saturday at Trans Pecos, we wanted to talk to Chi Ching Ching ahead of his NYC show about his upcoming project with Sean Paul, the future of dancehall music outside of Jamaica, and how he feels about Drake's interest in Jamaican culture.

How did you get started doing dancehall, and how'd you emerge in the scene?

I was dancing in the streets [on a red carpet from my house]. I started out by the name "All Star," and they would say, "that's All Star rolling the red carpet." And over time [I started incorporating] catchphrases [in the performance]. I used to use the name "All Star," but one of my first catchphrases was "chi ching ching."..."All Star got diamonds and pearls on the world, chi ching ching." So the catchphrase became my name.

About how old were you when you started?

What's your favorite saying you've come up with, and why?

"Chi ching ching!" It's not that I'm a material person, but "chi ching ching" means diamonds. It means money, and stuff like that. Things that glitter. And that's like me -- it's [about] talent and I'm like a real diamond.

How does it feel to see some of the world's biggest stars, like Drake or Rihanna, showing interest in your style?

Well...that's how it is. When I started, I didn't know that Drake [or] Rihanna would be singing something that [I] created.

I really appreciate when somebody picks it up. Snoop Dogg was dancing to my track...I'm making waves, you know? I feel good about Jamaican music reaching the world. It's taken a long while for this to happen, and it's a great feeling. Because you care about people [like Drake] and they like it. The first time they hear it, they like it.

Why do you think that dancehall has become so popular in America lately?

It's the nature of the style and the movement...[Which is] good for dancehall, and good for Jamaican culture, because dancehall is Jamaican culture. I sent [demos] to Drake. A lot of people say "Yo, that's awesome! You're [going to be] singing with Drake? This thing is hot, this song is my jam!"

Have you seen the meme making fun of Drake using patois, referencing Jamaican culture even though he's not Jamaican?

Well you know, [I'm] signed to Popcaan's label. So Popcaan, that's my boss, and Drake is Popcaan's brother. Drake and Popcaan always talk together, and Drake speaks in Popcaan's language. Drake admires Jamaican culture, [he's speaking patois] as a shoutout to Jamaica. I don't think that's a bad thing. There are a lot of people who work with Popcaan who know Jamaican culture, but they aren't going to try and talk in patois like that, you know? And Drake dares to do that. And so it's like saying "I want to talk like you, I love your culture, I love Jamaican people." Patois, that's Jamaican. Shoutout to Drake, mon.

So you actually think of it as a positive thing.

I don't think that's a bad thing for [me], that he's speaking Jamaican. It's what we Jamaicans are doing to culture, and to the world.

What new projects are you working on right now?

Well the big project I'm working on right now is a brand new video. It's for an old song with Sean Paul called "Crick Neck." The video is a big project that I'm about to release anytime now. The song's about when you're looking at someone, and then you look away, but you have to keep looking and then you catch 'crick neck.'

So did you come up with that catchphrase too?

'Crick neck?' Yeah. If Sean Paul is in the studio...he'll just call me 'crick neck.' And you know [I'm] always creating the slang, mon. I'm also working on an EP, so that's the next big thing for me.