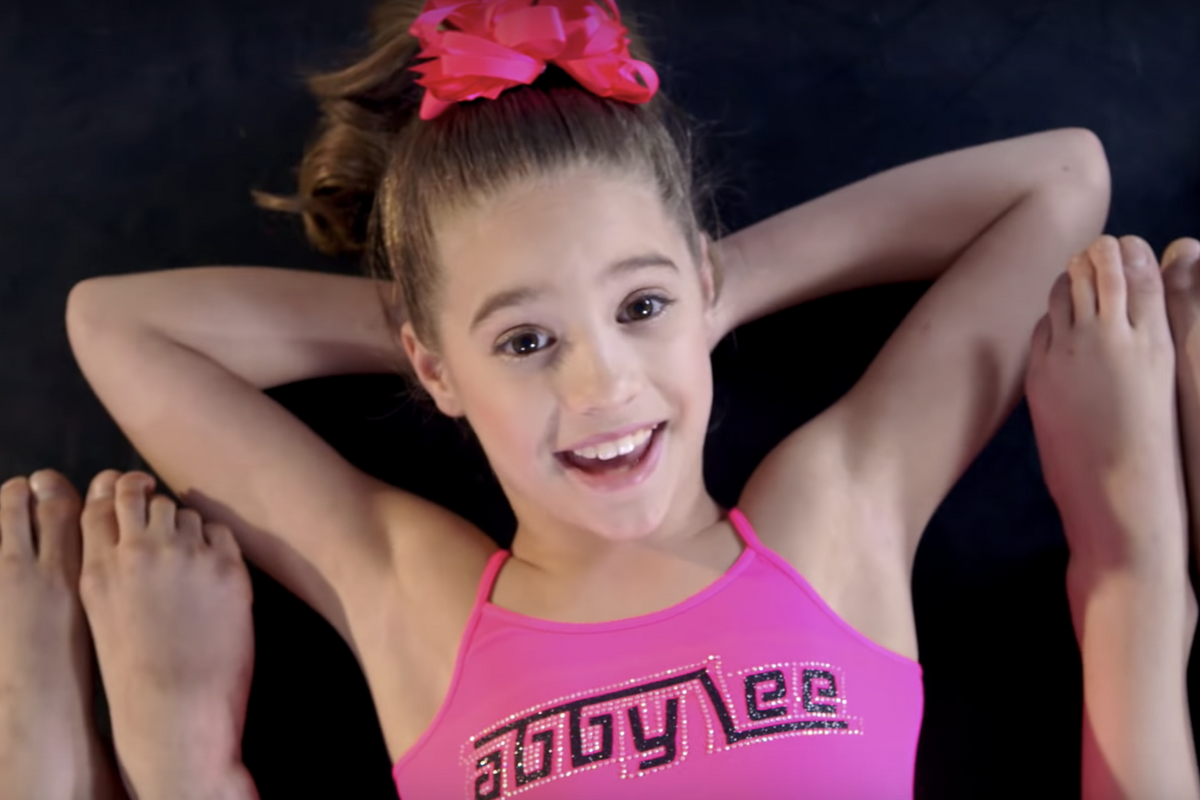 It's been more than eight years since the premiere of the first episode of the hit reality show, Dance Moms, which means viewers have watched eight years of backstage tantrums, eight years of onstage triumphs, and, of course, eight years of may-I-speak-to-your-manager-haircut mom fights. There's an argument to be made, however, that none of the above are the true gifts to have come out of the show. DJ, hit that track — and make sure the record doesn't skip.

Arguably the best part about the existence of Dance Moms is that the show has acted as a launchpad for Abby Lee Dance Company dancers' careers. From Maddie Ziegler appearing as the lead in Sia's viral "Chandelier" video, to JoJo Siwa's massive YouTube boom, there's no shortage of successes to be had for the cast members post-show.

One of the more popular post-show career moves is undoubtedly the pop star path, and while many attempts have unfortunately ended up fruitless, there are a few girls from the show who have shined over the years on their solo tracks. Even if some of the songs didn't end up with millions of streams or spawn worldwide tours, the Dance Moms discography is serious pop perfection. At times indulging in proto-PC Music styles of production, the releases over the years have been consistently catchy and have connected to a wide range of audiences, beyond just viewers of the show.

It's about time someone rounded up the best of the best for a definitive ranking of Dance Moms-spawned tracks. From Mackenzie Ziegler's twice-rebranded pop career to OG Brooke Hyland's one-off single, some ALDC stans might find this ranking a bit controversial — but someone had to make it. Check out PAPER's Top 10 Dance Moms hits below.

Who knew you could get your pilot's license at age 12? Kendall Vertes, aka Kendall K, cooked up a serious serve with this solo project debut. With a fall-in-line type of beat, some military-inspired looks, and a sprawling hangar set, the music video for "Wear 'Em Out" is one of the more elaborate projects a Dance Moms kid has put out. Thank you for your service, Kendall K.

Okay, come through Justice spon-con! Mackenzie Ziegler's music video for her 2017 track, "Teamwork," might not be the most intricate entry on this list, but the song really speaks for itself in this case. The track marked a new era of maturity in Ziegler's artistry, having been one of the first released under her full name. She's since rebranded again to simply "kenzie," but we'll never forget the "Teamwork"-era of fierce beat drops and dance breaks.

One of the earlier releases on this list, Brooke Hyland's "Summer Love" has certainly stood the test of time. It may have sounded like just another dance-pop bop upon its original 2012 release, but nearly several years later it sounds almost vintage. There's a glossy sheen to the track's production, but the vocals are what really end up shining in the end. Mastered to sound like a more fully realized version of a Kidz Bop chorus, it's hard not to smile when Hyland sings, "Spin that record round and round/ 'Cause I can't get enough of that summer sound." The video for the track is basically a time capsule as well, with much younger versions of the Dance Moms stars dancing backup and grooving atop a tour bus in Hollywood.

7. "Where Would I Be Without You!" by Kendall K

One of Kendall K's more recent releases, "Where Would I Be Without You!" takes the cake when it comes to having a catchy "chill trap" beat breakdown and doing it right. It's always hard to nail something so Chainsmokers-esque and not sound like a copycat, but Kendall K manages to do it all, and also deliver on a Jill-featuring, fun-loving music video.

JoJo Siwa's music video for her debut song "BOOMERANG" is by far one of the most-viewed visuals on our ranking. The track put Siwa and Dance Moms on the map in a whole new way, receiving RIAA Platinum certification and jumpstarting the viral star's career. The colorful video for the self love-endorsing song also features fellow cast member Kendall Vertes as a brooding cool girl-type who gets involved in a dance battle with Siwa, but the dance-off ends up being resolved through an exchange of JoJo Bows, or course.

Let's talk about the Pride anthem that never gained the traction it deserved: Nia Sioux's "SLAY." The souped-up, clap beat-backed track goes off and sounds like it could be remixed and played at any circuit party around the world. The video for the track features the queen of rainbows and fellow ALDC member, JoJo Siwa, as well as an all-star cast of dancers dressed in only the fiercest of fashions. Give Nia her gay icon status already!

While technically not a song by a Dance Moms cast member, "It's Like Summer" has more than earned its spot on this list. The Lux track was the subject of the Season 1 finale and was surely stuck in every viewer's head for months following its release. Chloe Lukasiak ultimately received the starring role in the music video for "It's Like Summer," which amped up the drama and rivalry between herself and ALDC favorite, Maddie Ziegler. Despite the intensity and stakes for such a bright and happy-go-lucky song, it served as the perfect capstone to the show's first season and opened up the doors for the many seasons and songs to come.

Mackenzie Ziegler's debut track,"It's A Girl Party," under her first artist name, Mack Z, is one of the campier songs to have come out of the show, but it's a standout classic. Having also been the subject of an episode of the show, during which Ziegler held auditions for dancers for her video, the track gained popularity mainly through viewers' support online. The sleepover-inspired video for the song currently has more than 70,000,000 views on YouTube, beating out her other tracks' view counts by a long shot.

If Nia Sioux's "Star In Your Life" doesn't make you want to model-walk down a NYFW runway, then you should probably take a second listen. The Aubrey O'Day-endorsed track has arguably the best chorus and beat breakdown of any Dance Moms track, sounding like it was primed upon its creation to be a RuPaul's Drag Race lipsync. The video for "Star In Your Life" is equally as fierce, with Nia's sharp dance moves front-and-center at all times, a team of the best backup dancers in the industry, and looks that give the other pop girls a run for their money. Cue the silver-painted dance crew.

Rounding out our ranking at number one is Mackenzie Ziegler's July release, "HOT." The song is being distributed under Ziegler's updated artist name, kenzie, and it's the perfect bop to transition from her previous releases into a new, ultra-modern pop sound. With a sampling style and buzzing darkness that delves into Billie Eilish-era production and stardom, "HOT" is one of the few bangers, untinged with irony, to have come out from a Dance Moms star. Having already racked up a couple million views on YouTube, kenzie will surely be releasing a new single very soon to usher in her new artist persona.