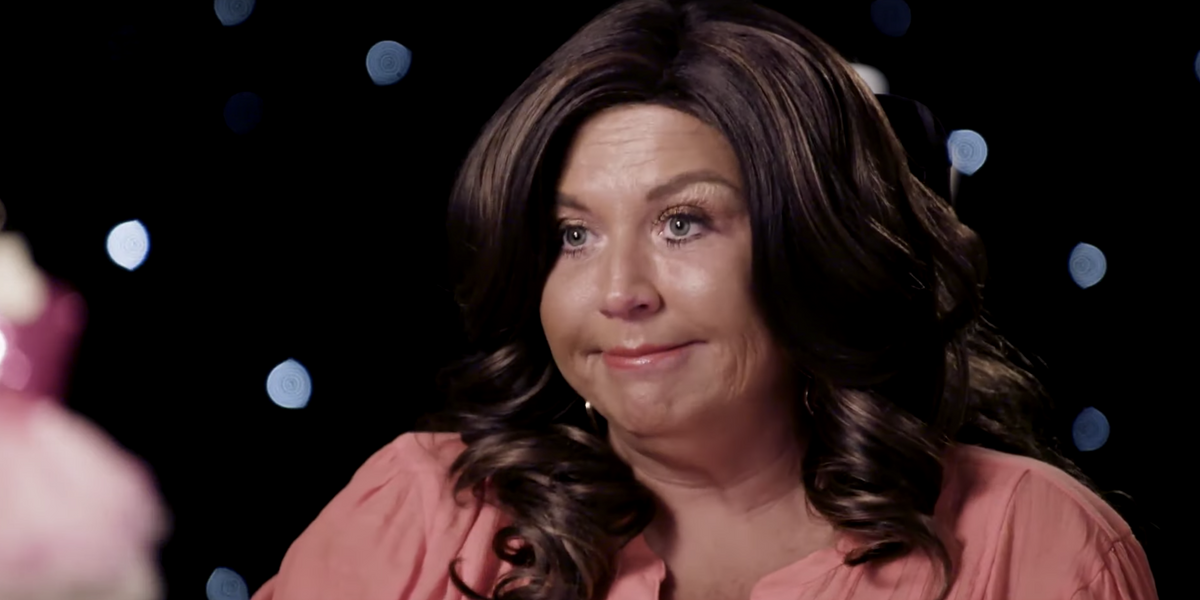 The 'Dance Moms' Finale Made a Statement for LGBTQ+ Youth

The season eight finale of the hit Lifetime reality show, Dance Moms, aired last night, but it was unlike past season finale episodes — "New York Nationals" was a true testament to the resilience of the Abby Lee Dance Company and the show itself. Since its premiere in 2011, Dance Moms has tackled a wide variety of important societal issues both on-stage and on-screen, like teen suicide and missing children. For this season's finale, the cast's group number addressed an issue near and dear to many of the show's stakeholders: LGBTQ+ rights.

The story, told by the group on stage — which ended up taking first place — was from the hit Broadway musical, The Prom. Although the company was anxious during the episode about doing on a musical theater number in musical theater's literal backyard, the resulting performance was just as impactful as the show itself. The musical centers on two lesbian high school students that are barred from taking each other to their school's prom, and the ALDC students got the stamp of approval from the cast themselves.

Executive Producer Bryan Stinson notes that the message was especially vital for him to tell onscreen, stating, "I didn't go to my senior prom because I knew I was different. Had I seen this story on mainstream TV, it could have saved me many years in the closet."

Stinson continues, "I have always wanted to tell a young gay love story, but the timing wasn't quite right until the producers of The Prom came along and embraced Dance Moms. I felt this was a huge honor and a highlight of my career. Our nationals was scheduled for NYC and Abby felt it was a no-brainer to compete a musical theater number and take a chance on this beautiful story."

For Abby Lee Miller, the number was a perfect way to close out a historic season after her struggle with cancer over the past year. "The ALDC has always been ahead of its time in presenting thought provoking themes and choreography, however, I think this story is a long time coming with tweens and teens on a television show," she says of the group number. "When I was a tween/teen myself, I traveled with my mom, a dance teacher, and attended dance conventions. I studied with the pioneers of jazz, contemporary and lyrical dance — never, ever did their sexuality come into play. It was their genius artistry and personal style taught me so much about creating dance."

Miller also notes how grateful she is to have choreographed more than 500 routines for the show alone over eight seasons — a nearly unimaginable feat for any professional.

The group dance was a personal milestone for Miller and the show's creators, but the finale was also very personal for one dance mom and her son in particular. Tricia Farrar and Brady, a new star member of the ALDC, joined the show this season and have been invaluable additions to the cast. All season long, other moms and members of the company have eyed up Brady's dances with a certain level of envy, and the finale was no different, with a huge topic of conversation being the special attention Brady was said to have received for his solo at nationals. The drama thankfully took a backseat, however, to the special story Tricia Farrar shared about her other son, Bennett, who identifies as gay.

"This episode really is very special for our family because it sends such a positive message out about acceptance," Tricia says of the season finale. "As a mom, I could not be prouder of my son Bennett and how he was able to come out to me and our family about being gay. Although he was scared, he wanted to live freely as who he is. It is such an important message to get out there because no one should be ashamed of who they are," she continues.

Brady also had words of support for his brother, which ultimately propelled him to make the dance one of his most impactful performances on the show. "This episode is very special to me because I love my brother Bennett very much. He is a great person and should never be ashamed or picked on for being gay," he says. He was also excited to work with the cast of The Prom on the dance in general, telling PAPER, "They gave us good advice and help on how we could improve, and most importantly they were very positive. We were doing a good job of telling the story and message with our dance. That is so important, not only as a performer, but also because this is a very, very special message."

Although the season wrapped with a big win for the ALDC, the story's never really over in Dance Moms world. Music videos, solo careers, and social media dramaand social media drama continue the on-show narratives after every season— and, of course, there's still a reunion to be had. Keep your popcorn at the ready.