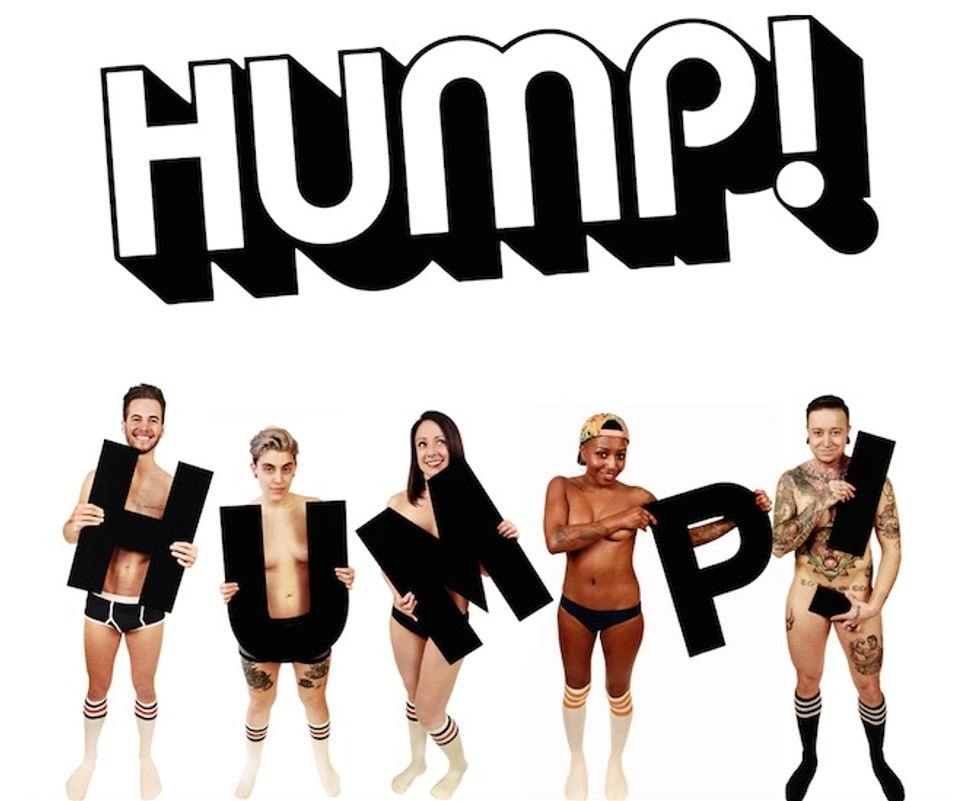 Since 2005, sex columnist extraordinaire Dan Savage has been hosting Hump!, an amateur porn film festival that showcases fan-submitted 5-minute sex tapes with names like "Butthole Lickin'" ("To kiss or not to kiss? That is the question two women must explore after one rims the other") and "Beethoven's Stiff" ("While a penis conducts Beethoven's Fifth, a vagina plays a French Horn"). The fest, which started in Seattle and "runs the gamut of sexual styles: straight, gay, lesbian and transgender ...every color in the sexual rainbow," is going on the road and screening 18 of the best-loved films over the years, including the two mentioned previously, in cities all over the country. This weekend they're setting up shop in Boroklyn at Roulette in Boerum Hill and will have screenings on Friday night at 7pm and 9pm and Saturday night at 6pm, 8pm and 10pm -- snag tickets HERE.