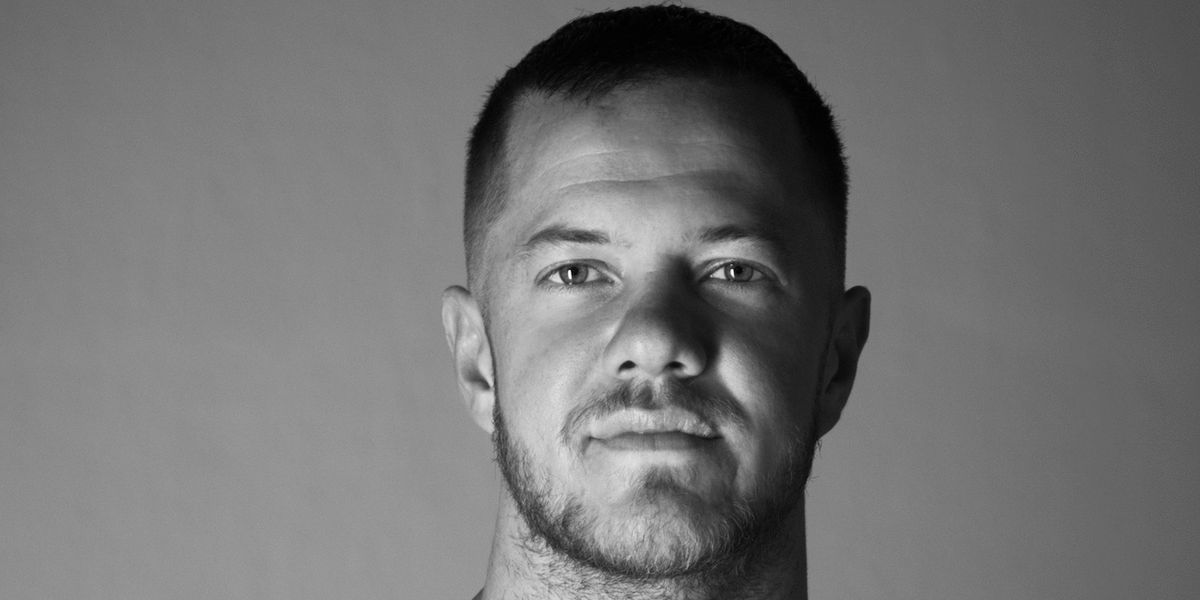 Dan Reynolds knows what it means to be an LGBTQ ally. As Pride Month 2019 marks 50 years since the Stonewall riots, the Imagine Dragons frontman continues leading his own revolution with Utah's LOVELOUD Festival, the music event he founded in 2017 to foster acceptance of LGBTQ youth in the state's ultra-conservative religious community.

Now in its third year, the festival has grown from its humble beginnings in a Provo, Utah ballpark into a major event that Reynolds describes as a "starting ground" for providing hope and safety to the state's LGBTQ young people. Last year's festival raised more than $1,000,000 for local and national LGBTQ charities, including The Trevor Project, Born Perfect, Equality Utah and more — a goal Reynolds hopes to replicate in a year where issues like banning conversion therapy and passing the Equality Act are at the forefront of LGBTQ and human rights.

Related | Brendon Urie: 'This Is Me Coming Out as Pansexual'

This year, Reynolds and his team committed to diversifying the LOVELOUD lineup to include a wide variety of LGBTQ artists, performers and speakers — headliners include Kesha, DIY pop band AJR, rising pop star Daya, rock band Pvris and Against Me! frontwoman Laura Jane Grace, with additional speeches and performances by Parkland activist Emma González, Lena Waithe, Tyler Glenn, VINCINT and others. Reynolds credits the push to showcase successful, thriving LGBTQ people onstage to the work of Tegan Quin of Tegan and Sara, who will also be performing during the festival. The indie pop star was inspired to join the LOVELOUD board after giving a speech at last year's event.

"There's just nothing like this and there never has been," she said of the festival and its mission. "Not everybody is necessarily in the same place of understanding, but everybody's there trying to talk and listen and share in this experience. I just kept being like, 'what is happening? Have I died?'"

While progress remains slow-moving, Reynolds believes inroads are being made in Utah's pervasively conservative culture, famously dominated by the Church of Jesus Christ of Latter-day Saints. Last April, the Church unexpectedly rescinded its controversial anti-LGBTQ edict known colloquially throughout Mormonism as the "November Policy," a move Reynolds viewed as unprecedented, even if it came without any kind of apology or acknowledgement from Church leadership about the harm it had caused over the last three years. (Leaked from a private handbook in November 2015, the policy had labeled same-gender couples as apostates and denied children of LGBTQ parents the rites of blessing and baptism until they turned 18 and publicly disavowed their parents' marriage.)

"I hadn't seen them reverse a policy that quickly before, so I thought that was cool," Reynolds said of the decision. "Obviously it doesn't fix all the heartache and the hurt and it's a very small step, and it's not where we want to be, but it's a step. There's a long way to go until our LGBTQ youth are celebrated and given the same love and attention and care and taught the truth, which is that they are wonderful and perfect the way they are."

Even with the policy reversal, the Church remains an often-hostile place for LGBTQ teenagers and young adults. While no longer considered grounds for apostasy, acting on homosexual feelings is still considered a serious sin worthy of excommunication. Brigham Young University, the Church-owned private university in Provo, regularly earns the distinction as one of the least-LGBTQ friendly campuses in the nation, where "homosexual behavior" is an offense punishable by expulsion according to the university's dogmatic Honor Code, and BYU administrators have repeatedly refused to sanction an LGBTQ student group as an official campus organization. (An unofficial group launched in 2010, Understanding Sexuality, Gender and Allyship, is banned from meeting on campus.)

Just weeks after the policy reversal, the Church released a statement publicly opposing the Equality Act and earlier this month, one of the Church's leaders — whom members believe speak directly for God — described "the increasing frequency and power of the culture and phenomenon of lesbian, gay and transgender lifestyles and values" as evidence of "the culture of evil and personal wickedness in the world" during a sermon broadcast to Mormon college students worldwide.

The consequences of this type of harmful, psychologically damaging rhetoric within Mormonism are precisely what Reynolds aims to combat with LOVELOUD. According to the Center for Disease Control, Utah's teen suicide rate has reached crisis levels, climbing an average of 23 percent every year from 2011 to 2017.

"We can't have religious leaders telling our LGBTQ youth that they are flawed in any way," he said. "Or 'I love you, but…' That concept is not just archaic, it's just so incorrect and wrong, and we're seeing the result...You look at Utah and the number one cause of death among teenagers is suicide. And there are countless studies now that show that LGBTQ youth are eight times more likely [to attempt suicide] when they're not accepted in the home or community. So you put those two statistics together and it's just a really deadly combination, and it absolutely stems from political leaders, religious leaders and just leaders in the community that are teaching harmful, incorrect doctrine to our youth. And it just needs to stop."

"Our grand hope is to destigmatize what it means to be LGBTQ in all orthodox religious communities," he explained. "And Mormonism is, the grand scheme of things, like two percent or one percent of religion of people in the U.S. So to me, it's the right starting place for us. But we really want to bring LOVELOUD to as many communities as possible. There's a lot of places just within the U.S. that need this."