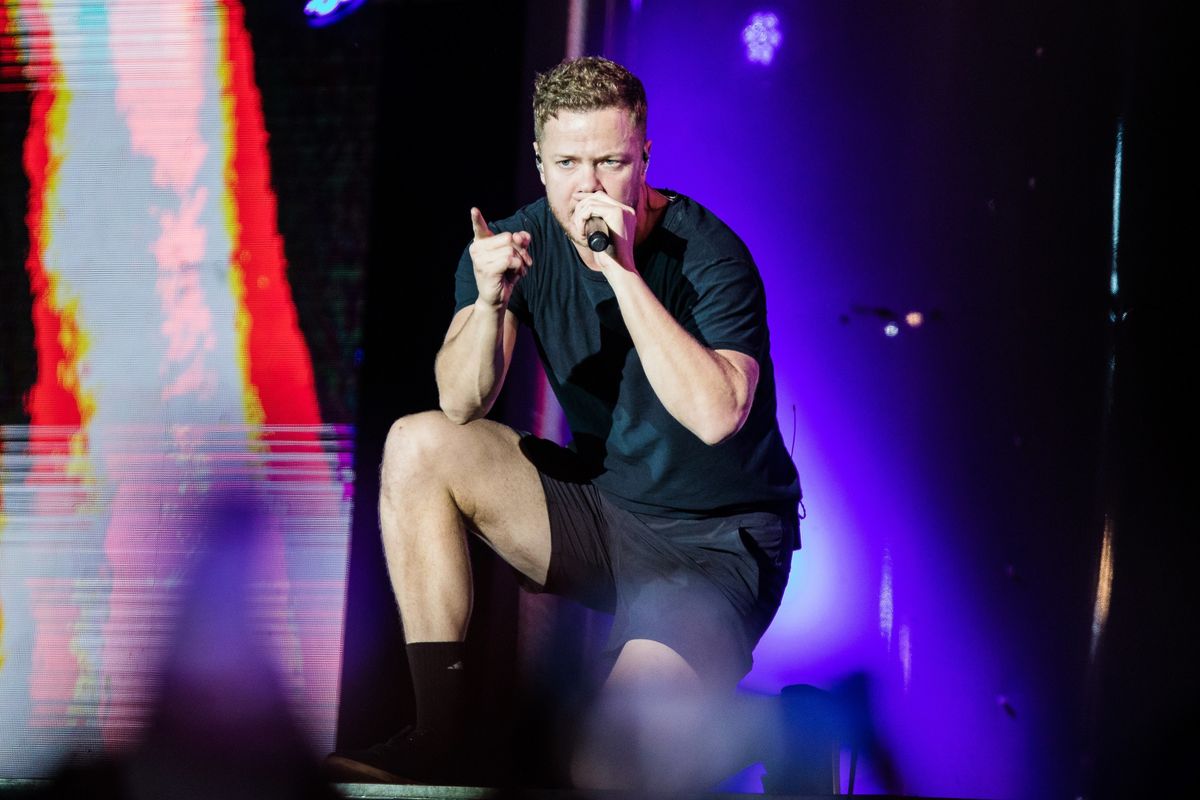 Imagine Dragons frontman Dan Reynolds has publicly pledged to never work with disgraced producer Dr. Luke, real name Lukasz Gottwald. On Twitter last night, Reynolds asked "all artists in our industry to make this same pledge" and use the hashtags #boycottdrluke and #FreeKesha.

As is now well publicized, Kesha filed a lawsuit against Luke in 2014, alleging he abused her sexually and emotionally. Luke then hit her with a defamation suit. Kesha is still locked into a recording contract with his label Kemosabe.

The situation is currently at a standstill, despite the fact many artists even more prominent than Reynolds have publicly taken Kesha's side — notably Lady Gaga, during court proceedings in 2017. Katy Perry has said she felt pressured to disavow Luke, who she worked with on all her major chart hits pre-Witness, but has since stopped working with him.

Dr. Luke has continued to work as a producer and songwriter since the allegations emerged, notably with rising alt-pop acts like Kim Petras and Doja Cat. Over the past two years he has also worked with Big Boi, Tyga, Azealia Banks, Birdman, and Ne-Yo. For some of these collaborations, Dr. Luke has rebranded as "Made In China," presumably in an attempt to mislead casual fans reading the album credits. Made In China has a producer credit on every single track that makes up Petras's recent Halloween album Turn Off the Light.

Kesha fans are currently rallying around Reynolds, but no other major recording artists have taken on the hashtag at time of writing. Imagine Dragons, Imagine a World Where Women Artists Can Collaborate With Male Artists on an Even Playing Field... it's nice to dream.