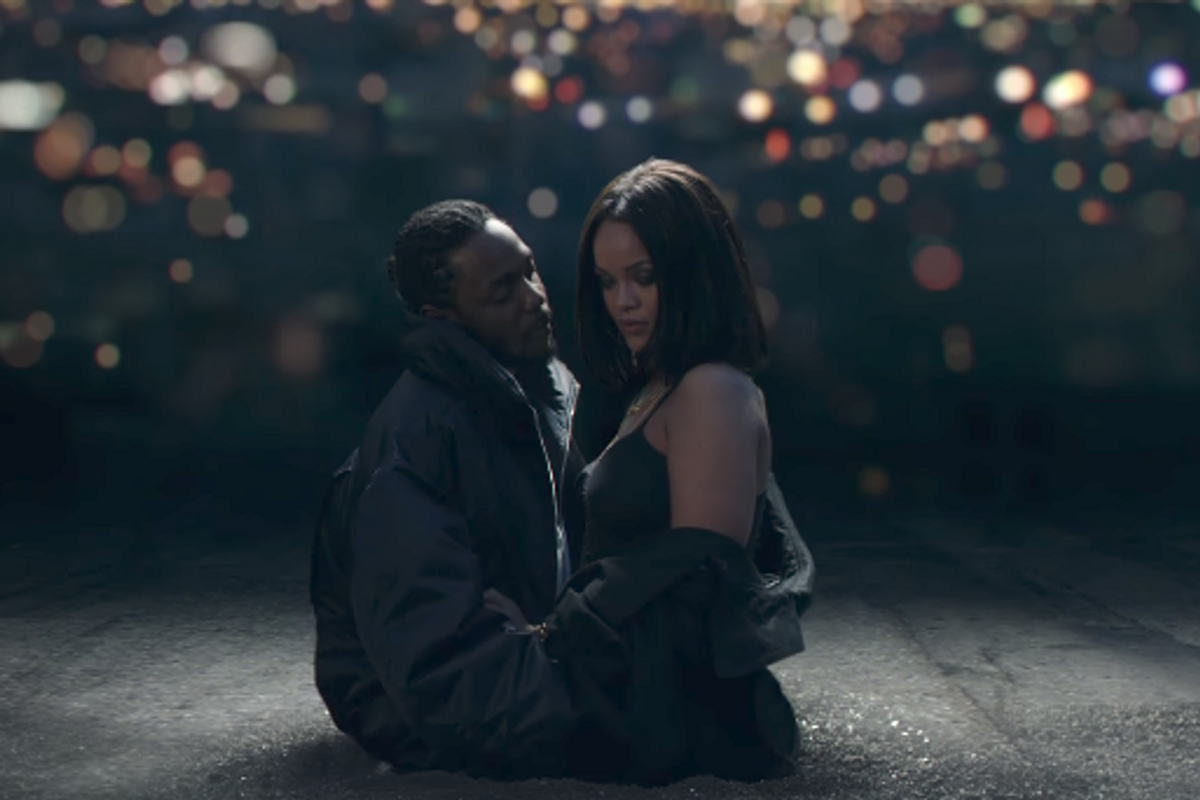 Since DAMN. dropped, Kendrick has released a series of excellent videos to accompany his singles. "HUMBLE." earned him a VMA nomination, "ELEMENT." was also incredible. But "LOYALTY.," the rapper's collaboration with dream girl Rihanna, might be his best yet.

The visual sees the loved-up duo getting in to all kinds of mischief — car crashes, dangerous stunts, Rihanna is even used as bait to lure out Kendrick a street fight-partner. There is, of course, also quicksand, and sharks swimming through the tarmac. Kendrick won't do anything by halves.

Watch and ship Krihanna below.