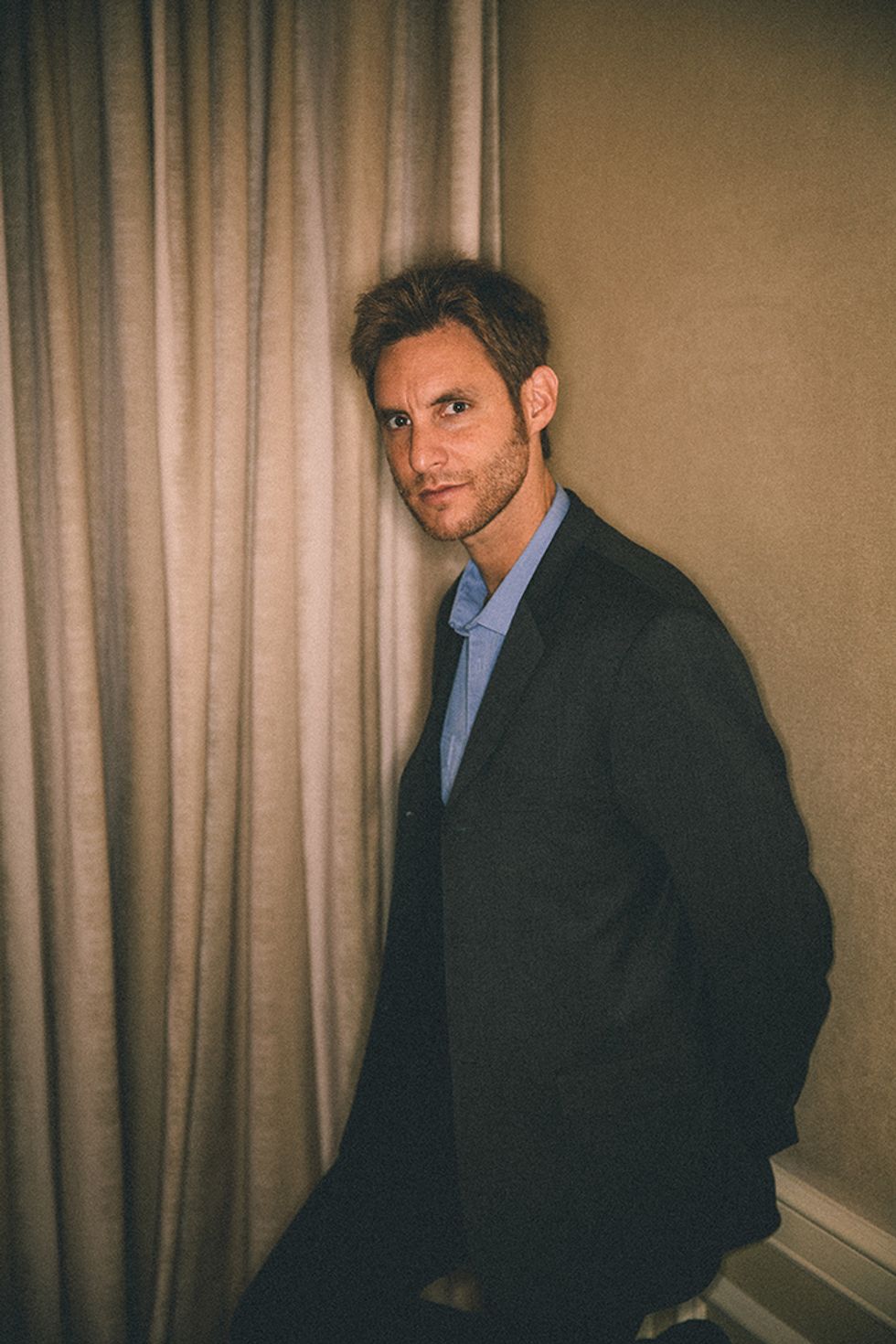 text by James Rickman / photo by Pierre Auroux
PAPERMAG
If there were an Oscar for Most Cathartic Motion Picture, DamiÃ¡n SzifrÃ³n's Wild Tales, whose six vignettes have induced cringing, choked laughing and, on the festival circuit last year, rapturous closing-credits cheering, would win fists-down. The 39-year-old filmmaker might be getting tired of hearing the word "cathartic" and getting concerned looks at talkbacks, although such reactions are understandable given the film's visceral variations on revenge -- it opens with a man flying an airplane, loaded with everyone who's ever slighted him, into his own parents. We met up with Szifron (who is as pleasant as his creation is bestial) back in January, shortly before Wild Tales was nominated for the Best Foreign Language Film Oscar; within minutes, it became clear that the film is not revenge porn, but a cri de coeur against the personal and political barriers that block human curiosity.
What makes some of your characters go over the edge while others, like the waitress in "Las Ratas," refrain?

I mean, you have to live with the hate and turn it into something else. Me, as a writer, I can do something with my anger. I can use it as fuel for fiction and invent things, but most people don't have that tool, so the anger and the frustration just causes depression and sometimes causes somebody to explode. And this is a film about the people that explode.
And of course we could both name tons of artists who also have violent personalities. Are you able to channel all those brutal urges into your work?

I wouldn't say all of it, no. [laughs] But some of it, yes. And it truly helps. Art is a form of therapy -- the ability of turning the negativity into something positive and into something that you can share with others. That's wonderful. I think that it's not only wonderful but natural to our species. I don't know any kid that doesn't like to draw or to sing or hear music. All the kids dance. And society doesn't pay attention to that and tries to to force a lot of people to repress their natural tendencies to... art? Is that right?
That's right.

But art is not an invention; it's an extension of our emotions.
Have you found that, wherever you go, people are having guttural reactions to the movie?

Yes. Of course, it's not easy for an Argentinean film to attract people to a theater. But once people go to the theater, they come out like, "Yes!" There's a great amount of energy that's released through this film.
What's the most surprising question that's come at you at a Q&A?

Sometimes they ask me if I am normal, you know? "Are you okay?" "Are you feeling well?" [laughs] So that makes an impression on me because I am normal. But perhaps they think I'm this serial killer.
For a movie that has such elemental feelings of revenge and anger, I don't think there's a single mention of religion, of God.

I mean, my first memories of being inside a movie theater are of watching Superman, and I remember the stars. So I love stars since Superman. And then my father was this huge cinephile, and also he was interested in science and the big questions. He opened a lot of doors for me, because he told me that there were a lot of things that nobody knew how they happened. Sometimes, when you're a kid and you want to know, "How did mankind start?" you go to the church or to -- I'm a Jew -- to temple, and hear, "God invented the world and he created first the animals..." So they put walls around your curiosity by answering things that nobody knows yet. And my father was very smart in that sense. He told me, "No, no -- I don't know. Nobody knows." So so we would watch the Cosmos series with Carl Sagan and read stuff and investigate. But of course that curiosity opened the space for something that we could call God. And I definitely believe there's something more than what we can understand. And I feel that we are designed, in a way, by somebody. I can imagine there are, like, blueprints for mosquitoes and for human beings, because I can't avoid thinking of the relationship between a heart and a battery. You know there's the thump thump thump, and it gives you energy and fuel. And your relationship between your eyes and the camera, and your ears and the microphone.
Yeah.

I would love to have a society in which human beings are dedicated just to think about those things -- our existence, our origins, what are we here for -- instead of paying taxes and making money to buy a new iPhone... all that distracts you and obviously benefits a very few concentrated groups. The whole system is not designed for the majority. The characters in Wild Tales are not conscious about how the system works, and they suffer the consequences. And they're losing time in things they don't care about. This guy discussing the fee with the tow truck, you know? Or this woman being married to show the rest of her family and the people that she's successful and that she achieved what she's supposed to achieve, but the relationship is not real. So they're spending all their lives in a place that they don't like. And I think that's a reflection of millions of people who just waste their lives. I think there are very few people that do what they love. And you do what you do all the day and then you go to sleep so you can keep doing it. So it's very important to love what you do.
The film is also dedicated to your father.

Ah, yeah. Because he died a few years ago. And yeah he was my film school and my best friend.
Now there's talk about doing American projects. Do you see yourself spending more time here or do you want to stay down in Buenos Aires?

I mean, first I have to say that I truly love American cinema. For me cinema is cinema; it doesn't belong to a country. And actually American cinema that we all love was made from people outside the country. A lot of directors came from Europe; I mean, Hitchcock, Billy Wilder, Vincente Minnelli, Fritz Lang. For me, it's a natural thing because it's the movies that truly made an impact for me. I would say all of them, or most of them, were made here in the US. Wild Tales is opening a lot of doors for me. I received a lot of invitations to work here, and so I think I'm going to accept some of them. Yes. Why not?
You May Also Like
Care