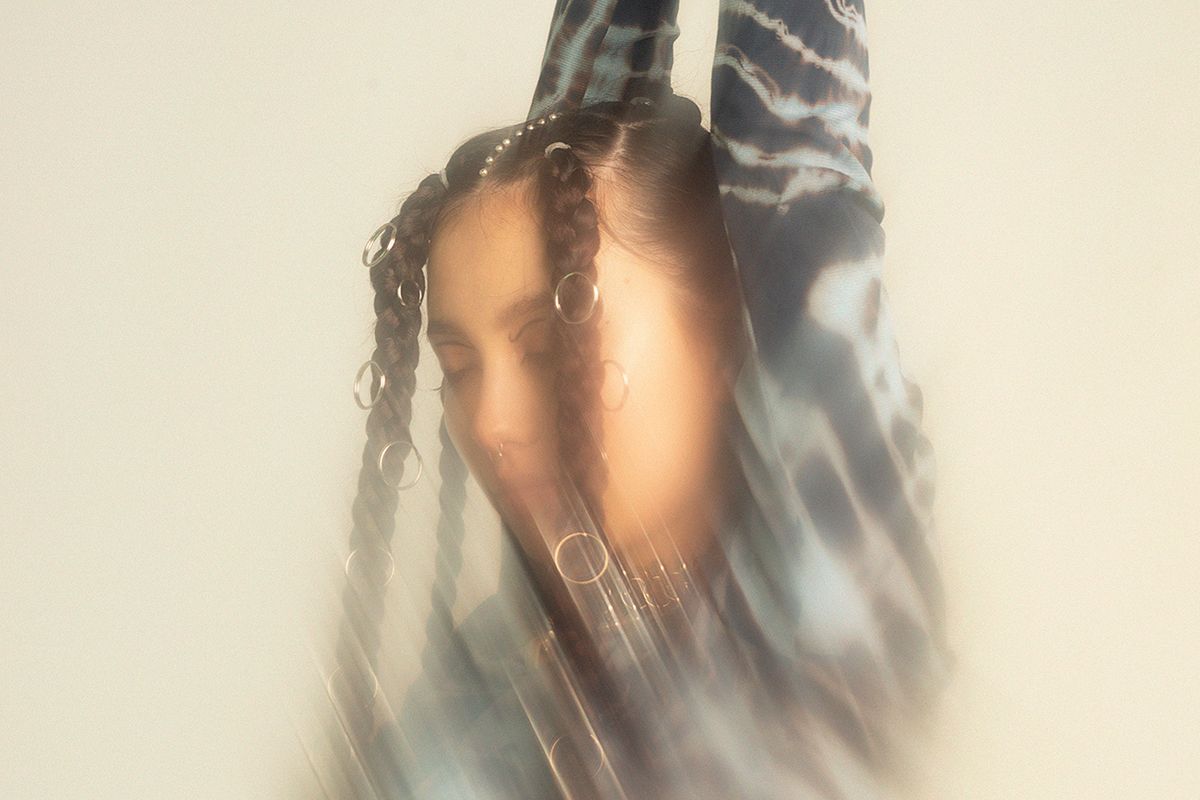 With evocative melodies and confessional lyrics, genre-bending artist daine has garnered thousands of listeners in a short time (among the many being Charli XCX). Daine has only been crafting goth-tinged, melancholic tunes professionally for one year, but the rising 17-year-old is not to be underestimated.

Today, Daine premieres with PAPER her simmering, second single, "My Way Out," with gripping electric guitars and airy vocals. "Falling fast and hard," Daine faintly sings, emphasizing the delicacy of her voice against its strong backing instrumentals. "I call out so loud."

When Daine sat down to write "My Way Out," she decided to give one final attempt at socializing in a pre-pandemic world that pressured so many to party and document themselves doing so, as she tells PAPER. Living through the incessant urges on Gen-Z and millennials to share exciting lives on social media prompted Daine to put everything into song. She began to prioritize what mattered most for her.

"I wanted to change everything," Daine remembers of the time she wrote the track. "Change my clothes, destroy the need for social validation, focus on music. Sometimes parties just aren't for you and sometimes that can really hurt, and make you feel like you're not human. I really wanted to feel seen, and this song was the cathartic call out before I accepted my difference."

When Daine went into the studio to record "My Way Out" with Australian music producer Circle Pitt, the process came more naturally than expected. Pitt gave her a dynamic mic, she says, rather than a condenser mic, and the track took off from there. "I freestyled three-fourths of the hook and hummed out the rest of the melodies," Daine says, explaining that the song's creation process was "pretty quick and organic."

Ultimately, the song is an ode to the power music has in creating a break from shallow environments. "'My Way Out' signifies music being my escape from socialization and school," Daine says. "The two blend together for me. I had a bad day at school, I went to the studio, I cried, I reminisced on a shitty party I went to the weekend before. In essence, the song is about giving socializing one last try, showing up, feeling invisible and then thinking, Fuck this shit, it's not for me."

Many have dubbed Daine's sound as "dark pop," although it amalgamates many genres, and this is a label she doesn't seem to mind. "I'm okay with that label — it's early days," she says, understanding that it stems from her "Soundcloud era" influences. "I'm continually trying to understand my own sound," Daine continues, citing inspirations like Midwest Pen Pals and William Bonney. "But much like trying to judge your own appearance, it's a skewed perspective."