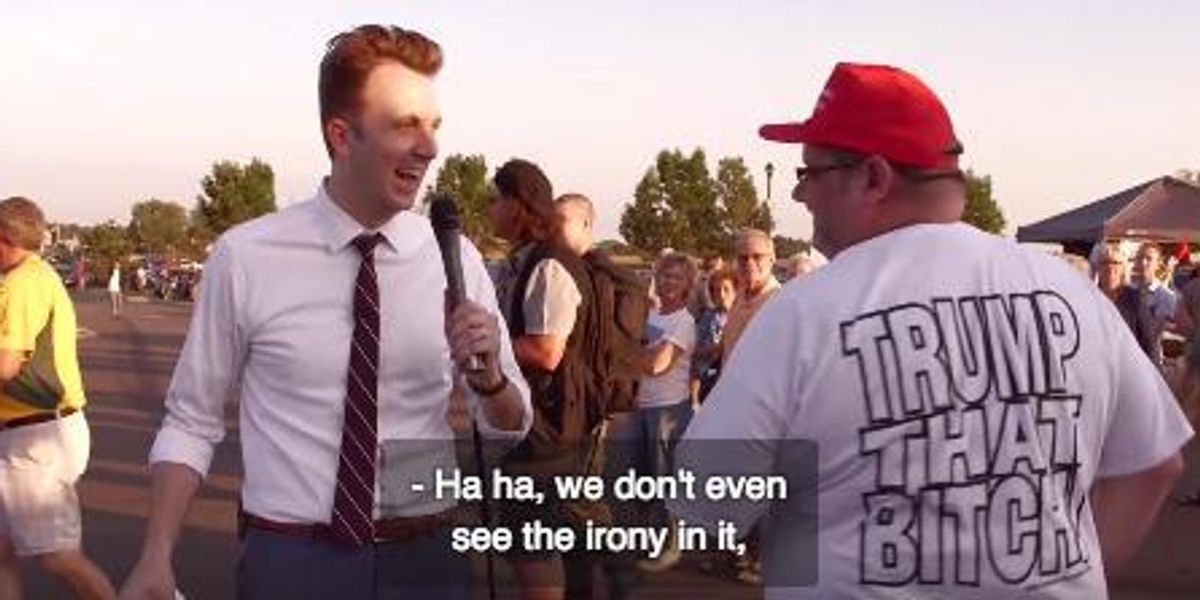 Donald Trump has called for "extreme vetting" of muslim immigrants, by forcing them to take an "ideological litmus test" to see if they believe in core American values.

In the wake of this truly unfathomable prospect, Daily Show correspondent Jordan Klepper headed to a Trump rally, to determine if his own supporters would pass such said-litmus fuckery.

Not surprisingly, the results were horrifying; you may need to find a hard (but manageable) surface to bash your head into after viewing.

Watch below. And don't fucking vote for Trump.