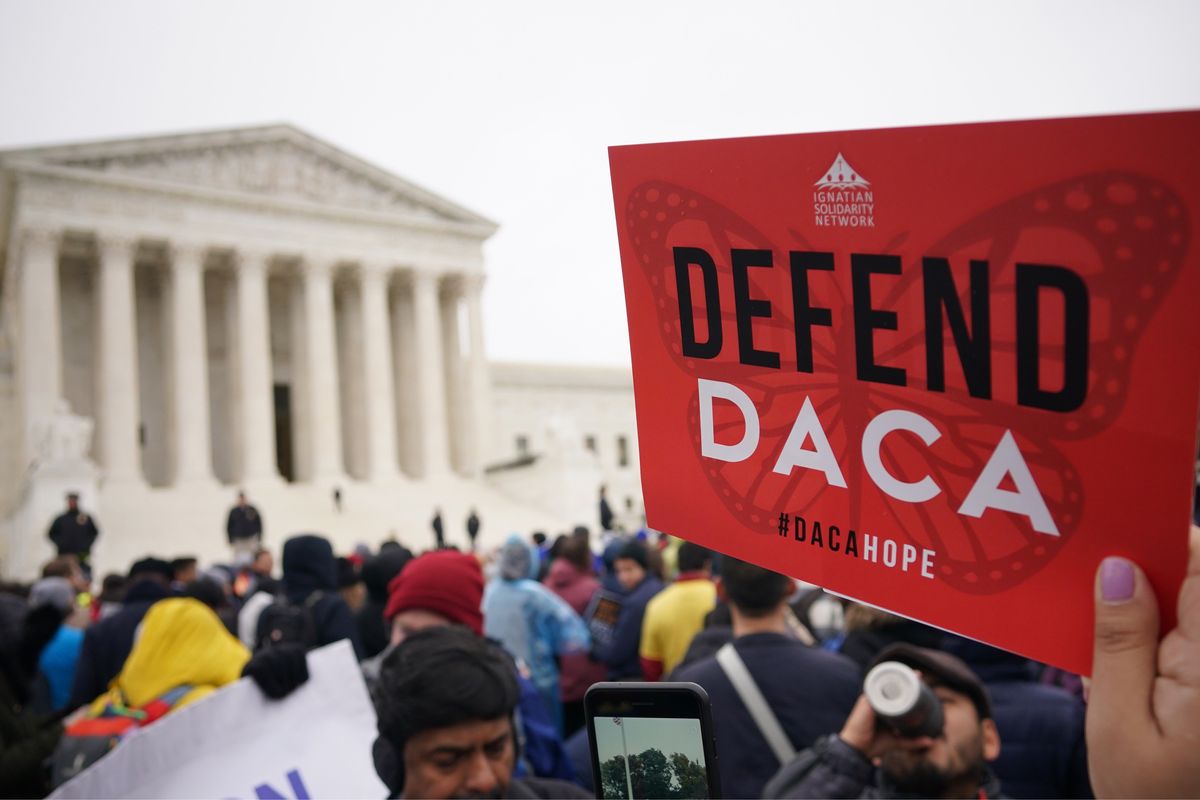 The Supreme Court Rules Against Trump's Attempts to End DACA

The Supreme Court has rejected the Trump administration's bid to end DACA, or the Deferred Action for Childhood Arrivals program.

The policy, which was introduced by the Obama administration in 2012, protects undocumented immigrants brought to the U.S. as children from deportation and facilitates easier access to jobs and education under a renewal permit. There are nearly 800,000 people — known as Dreamers — who are shielded under the program. However in 2017, then-Attorney General Jeff Sessions announced that the White House would be ending DACA, arguing that it was illegal and unconstitutional.

Related | 6 DACA Recipients on Trump, the American Dream and What the Future Holds

Now though, the Supreme Court has ruled in favor of upholding the program amid Trump's attempts at phasing it out, per The New York Times's report.

In the 5 to 4 decision, Chief Justice John G. Roberts Jr. wrote that while the Department of Homeland Security is able to potentially rescind DACA, their ruling hinged on "the procedure the agency followed in doing so."

"We address only whether the [Department of Homeland Security] complied with the procedural requirement that it provide a reasoned explanation for its action. Here the agency failed to consider the conspicuous issues of whether to retain forbearance and what if anything to do about the hardship to DACA recipients," Roberts wrote in an opinion, alongside Justices Ruth Bader Ginsburg, Stephen G. Breyer, Sonia Sotomayor and Elena Kagan. "That dual failure raises doubts about whether the agency appreciated the scope of its discretion or exercised that discretion in a reasonable manner."

Roberts continued by stating that dismantling DACA could have a profound impact, as hundreds of thousands of recipients have since "enrolled in degree programs, embarked on careers, started businesses, purchased homes, and even married and had children" thanks to the program.

"The consequences of the rescission, [advocates] emphasize, would 'radiate outward' to DACA recipients' families, including their 200,000 U.S.-citizen children, to the schools where DACA recipients study and teach, and to the employers who have invested time and money in training them," he said. "In addition, excluding DACA recipients from the lawful labor force may, they tell us, result in the loss of $215 billion in economic activity and an associated $60 billion in federal tax revenue over the next ten years."

In the wake of their decision, Trump tweeted that alongside the court's recent decision protecting LGBTQ+ workers, these rulings were "shotgun blasts into the face of people that are proud to call themselves Republicans or Conservatives."

"We need more Justices or we will lose our 2nd. Amendment & everything else," Trump also wrote to imploring people to vote for his re-election later this year, later adding, "Do you get the impression that the Supreme Court doesn't like me?"

And though the Trump administration could technically restart the process, as The Washington Post noted, the process would take a long time and "there is no evidence Congress would want to pass legislation that would end the program."