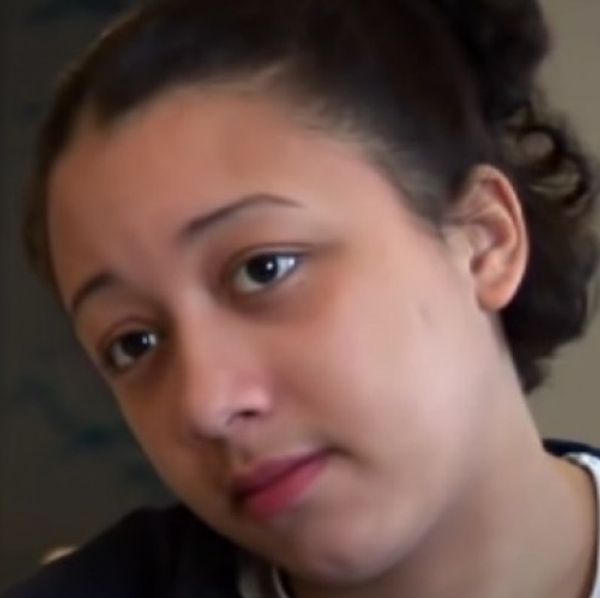 Now That Cyntoia Brown Is Finally Free, What Lies Ahead?

After being granted full clemency back in January by former Tennessee Governor Bill Haslam, Cyntoia Brown was released from prison yesterday, after serving 15 years of a life sentence for fatally shooting her abuser when she was just 16 years old.

The story of Brown, a Tennessee native, had been a tragic one. At 16, she killed her abuser, a 43-year-old Nashville man who bought her for sex. She feared he was going to kill her. Up until that point in her life, activists working her case believed Brown — who was also a sex worker abused by a pimp named "Cut Throat" — had been a victim of child sex trafficking. A split-second decision made while in a traumatized state forever altered Brown's life, and many believed she should not have received the harsh punishment she did.

National interest in Brown's case was renewed when celebrities like Rihanna and Kim Kardashian first began posting about it in 2017. The hashtag #FreeCyntoiaBrown gained traction online. Masses began advocating for Brown's release, with a petition to Tennessee's parole board and Governor Haslam that gained over 200,000 signatures. When she was officially granted clemency, everything from GoFundMe campaigns to charitable art collaborations were launched by third parties to assist Brown with funds for life after prison.

Additionally, when Brown was tried as an adult over 15 years ago, Tennessee's juvenile sentencing guidelines were arguably harsher. "If Cyntoia Brown were tried today, legal experts say she would not have been tried in the same way," CNN affiliate WZTV anchor Stacy Case, said. "Our courts today would view her as a child sex slave... she would be viewed as a victim." (One note of progress: since Brown's sentencing, the state has stopped charging minors with prostitution.) What's more is Brown came from a background of abuse: she reportedly suffered from Fetal Alcohol Spectrum Disorder as a baby, which altered her brain and developmental skills. Her mother and grandmother were also both victims of sexual assault. She was also reportedly homeless for periods of her youth.

Also working in Brown's favor was the fact that while behind bars, she demonstrated tenacious commitment to turning her life around and helping others in similar situations. She got her G.E.D. and associate's degree from Lipscomb University, and as of this May, finished her final course for a bachelor's degree. She has also worked as an unpaid consultant to the Tennessee courts and juvenile justice system, lending her voice to advocate for young women caught in vicious circumstances. "I myself can create opportunities to help people [behind bars]," Brown once said to Fox 17. "I want a second chance."

At 31 years old, Brown now has her second chance. She is still a young woman with limitless potential, even if the world isn't particularly set up for women like her (specifically, Black women like her) to succeed. What's next for her life after undue imprisonment? In order to get an understanding of that, it's important to look at challenges facing most women of color exiting the prison system.

A recent Prison Policy Initiative (PPI) report asserts that 81,000 women are released from state prisons every year (compared to the 1.9 million women annually released from jails overall). Among these figures, formerly incarcerated women of color typically have a harder time adjusting to free life, experiencing higher rates of unemployment and homelessness, while also being less likely to complete high school. Also, for women of color, poverty-related circumstances pose the greatest predictor of recidivism. A 2017 report from the Prison Reentry Institute also posits that reducing recidivism rates for women involves comprehensive services responding to gender-specific needs of women, complete with access to trauma-informed interventions.

Cyntoia Brown is free! After over 14 years of serving a life sentence, Cyntoia is finally home. This victory belo… https://t.co/KwDKgla9n4
— ColorOfChange (@ColorOfChange)1565182663.0

Cyntoia Brown is finally free—but we can’t forget that she was denied justice for over 14 years. The words above th… https://t.co/je4gFzBddZ
— Elizabeth Warren (@Elizabeth Warren)1565204147.0

Brown, both by obtaining a college education and voicing a commitment to criminal justice reform as a youth advocate, is already surviving these odds, and then some. She has also inked a book deal for her upcoming memoir, Free Cyntoia: My Search for Redemption in the American Prison System, to be published October 15. Again, as a survivor, Brown's book means she is using her experience to help other girls and women "suffering abuse and exploitation," she confirmed in an August 5 statement thanking supporters ahead of her release. There have been Go Fund Me initiatives set up to help Brown get back on her feet. Of a $100 goal, it has raised well over $21,000.

But she will also be on parole for the next 10 years. Consider that though Brown might face more limited struggles with parole than many, as PPI reported in 2018, up to three out of four women under control of any U.S. correctional system are on probation. Also, Black women already comprise 14 percent of the female prison population.

And while probation is sometimes billed as an improved alternative to incarceration, it is often set with unrealistic conditions that undermine its goal of keeping people from being locked up. For example, probation often comes with steep fees, given what we know about poverty and recidivism rates, women of color are historically in the worst position to afford them. Consider too, that for most women of color, an inability or failure to pay these probation fees is often considered a violation of probation, which can often result in a return to the system.

Outside this oppressive paradigm, Brown is most likely to be a rare, shining example of what else is possible. A new story, even if there will be a public need to focus on the one that has thus far defined her. Adrienne Maree Brown, author of Emergent Strategy and Pleasure Activism — two books that prioritize holistic human experience and topics like transformative justice and the personal politic of self-exoneration — tells PAPER that the public's need to define Brown only as she's been known is a normal one. But upon re-entry, Brown argues that Cyntoia need only publicly (or privately) share what she wishes, in the interest of her own well-being. However, Cyntoia will likely be part of stimulating public conversations; her story was made into a documentary and the rights have reportedly been acquired by Netflix. Our goal as a society should be to ensure that Cyntoia's needs are met, joyfully and pleasurably.

"I think there is good news [about Cyntoia's release]," Brown says. "So many people are excited for her release, so I think she will be coming out into community of both familiars and strangers, fans, supporters. I think she will be up against what most people who have served time face, which is that others define her life by the worst moment of it, and want to keep putting her through the labor of telling that story over and over. I think community can support her by asking what she wants for the rest of her life and not having a ton of expectations around that. She has served time she shouldn't have had to. Now, her life and healing should be about her choices, not her perfection, or her being a symbol of anything. Her joy should be our collective goal."

Tennessee's Department of Correction offers comprehensive rehabilitative services, including medical, behavioral health and substance use treatment, education, vocational training, religious and volunteer services, correctional counseling, employment services and assistance. While department reps declined to comment on Brown's case, they asserted that with supervised parole, she will be set up to "find a job, housing, and other resources and services they may need in order to be successful productive citizens." The institution Brown was housed in for the last 15 years, the Tennessee Prison for Women, boasts the state prison system's sole entrepreneurship-focusing programming. Called BEST (Building Entrepreneurship for Success in Tennessee), it "seeks to empower individuals with the knowledge of starting their own business upon release from custody and to give them the knowledge of being great employees and giving back to the community."

But getting a sense of what's possible for Cyntoia Brown can best be expressed by the woman herself, a survivor of indisputably horrific circumstances whose life — like all Black lives — is one worth saving, and more importantly, one worth living. Below is her full statement from her January clemency hearing. In it, she voices gratitude and her goals to give others what she wasn't given. Through it all, Brown found a way to elevate herself within a system that once failed and condemned her rather than protect her. It's up to us to make sure Brown fulfills her vision going forward.

Thank you, Governor Haslam, for your act of mercy in giving me a second chance. I will do everything I can to justify your faith in me.
I want to thank those at the Tennessee Department of Corrections who saw something in me worth salvaging, especially Ms. Connie Seabrooks for allowing me to participate in the Lipscomb LIFE Program. It changed my life. I am also grateful to those at the Tennessee Department of Corrections who will work with me over the next several months to help me in the transition from prison to the free world.
Thank you to Dr. Richard Goode and Dr. Kate Watkins and all of you at Lipscomb University for opening up a whole new world for me. I have one course left to finish my Bachelor's degree, which I will complete in May 2019.
I am thankful for all the support, prayers, and encouragement I have received. We truly serve a God of second chances and new beginnings. The Lord has held my hand this whole time and I would have never made it without Him. Let today be a testament to His Saving Grace.
Thank you to my family for being a backbone these past 14 years.
I am thankful to my lawyers and their staffs, and all the others who, for the last decade have freely given of their time and expertise to help me get to this day.
I love all of you and will be forever grateful.
With God's help, I am committed to live the rest of my life helping others, especially young people.
My hope is to help other young girls avoid ending up where I have been.
Thank you.