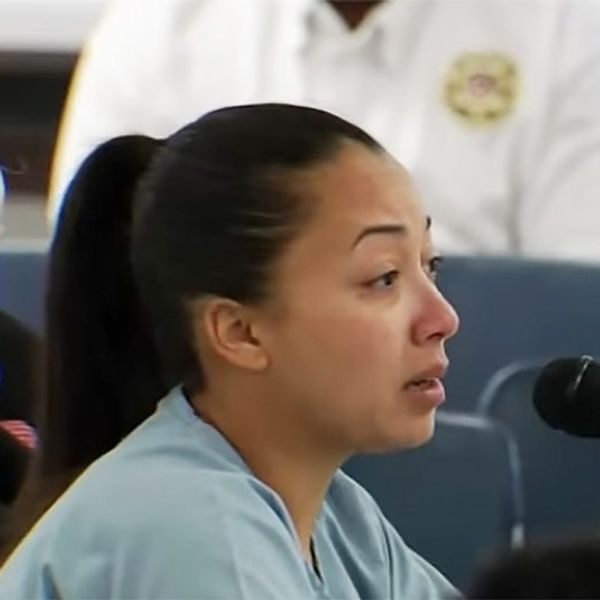 Cyntoia Brown, the 30-year-old woman who was handed a life sentence in prison at the age of 16 for killing her abuser, has been granted full clemency by Tennessee Governor Bill Haslam.

The crime and conviction

In 2004, Brown killed Johnny Mitchell Allen, who Brown said she feared would kill her after he took her to his home for sex. At the time, prosecutors said Brown shot Allen while he was sleeping, stole money and guns and fled in his truck. Brown was tried as an adult, convicted of first degree murder and sentenced to life in prison.

Brown, however, said that not only was she afraid for her life due to Allen's behavior, but she feared returning empty-handed to "Cut Throat," her pimp and abuser. Activists in Tennessee have been working on her case since at least 2008, arguing that she was a victim of child sex trafficking and should not have received the harsh punishment that she did.

National interest in the case was reignited when celebrities like Rihanna and Kim Kardashian posted about it on social media in 2017. Protests, rallies and celebrity calls for a commuted sentence likely influenced Governor Haslam's decision to commute Brown's sentence. Additionally, juvenile sentencing guidelines in Tennessee have been changed since Brown's conviction. "If Cyntoia Brown were tried today, legal experts say she would not have been tried in the same way," CNN affiliate WZTV anchor Stacy Case, said. "Our courts today would view her as a child sex slave... she would be viewed as a victim."

@badgalriri on Instagram: “did we somehow change the definition of #JUSTICE along the way?? cause..... Something is horribly wrong when the system enables these…”

What clemency means for Brown

Haslam granted Brown a full commutation to parole. She will be eligible for release on August 7 and will stay on parole for 10 years,The Tennessean reports. Because it's not an exoneration, the charges will remain on Brown's record, and there are several requirements for her clemency, including mandatory participation in regular counseling sessions and to perform at least 50 hours of community service, including working with at-risk youth (something Brown has already been doing while incarcerated).

While the result of the case is largely being celebrated as not only justice being served but as a symbol of successful activism, not everyone feels Brown should have to remain on parole for ten years, especially given how much time she's already spent institutionalized:

In a statement released by her attorneys, Brown thanked Haslam for his "act of mercy" and for giving her a second chance, and noted that she is one course away from receiving her bachelor's degree. She concluded: "My hope is to help other young girls avoid ending up where I have been."

You can read her the whole statement here.

When singular cases get national attention, they can hopefully serve as a reminder that there are hundreds more people like Brown. To learn more about how to free survivors of gender-based violence who are currently incarcerated, head here.