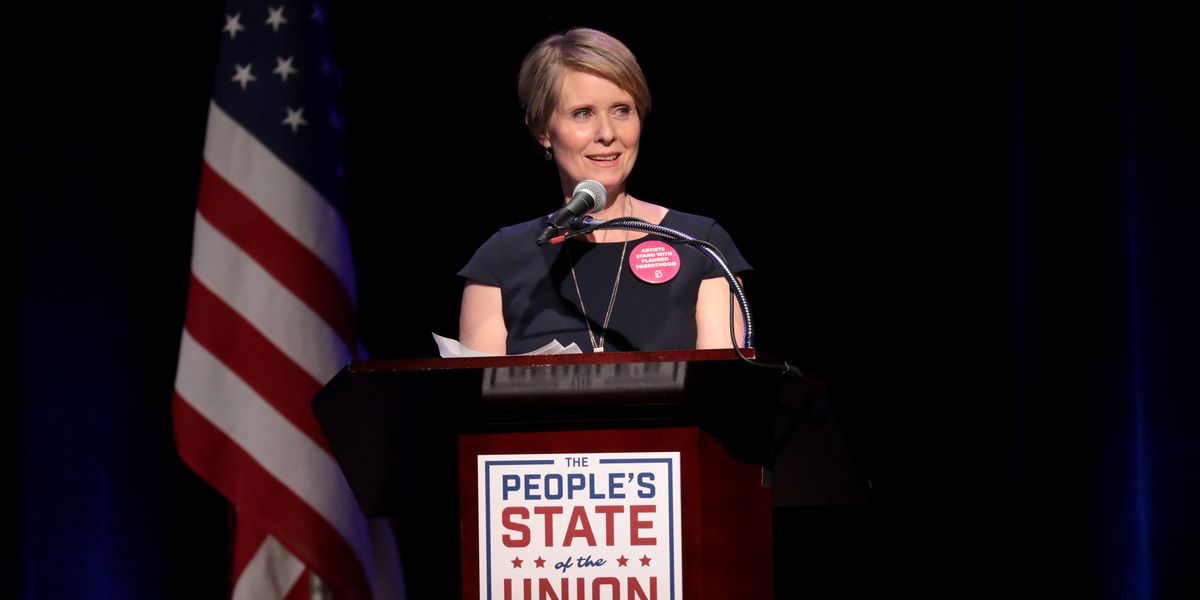 Cynthia Nixon Will Sit Down With Wendy Williams

In a pretty unprecedented move, Cynthia Nixon has granted her first sit-down, one-on-one interview to none other than the queen of television (and dramatiques!) herself: Wendy Williams.

Williams is perhaps an unusual choice for a political candidate, although her reach in the state of New York (from Manhattanites to those upstate) is nothing to scoff at. Rebecca Katz, Nixon's campaign spokesperson, spoke to Variety about the decision, explaining that Williams' reputation for realness will serve in Nixon's favor.

"We win by getting her in front of voters, because we actually want them to see the real Cynthia," Katz said. "And that's what we get with Wendy. Her viewers are a large and crucial part of the electorate, and her show reaches all corners of the state."

This "populist" method is apparently a strategy that Nixon is embracing wholeheartedly, speaking to outlets like Glamour, and circumventing her opponent's (two-term Democratic governor Andrew Cuomo) influence by reaching out to the population via channels that traditionally go ignored in a political run.

Nixon is after all an actress whose name, by default, was primarily situated in pop culture — why not return that realm as a gubernatorial candidate? She's a thinker.