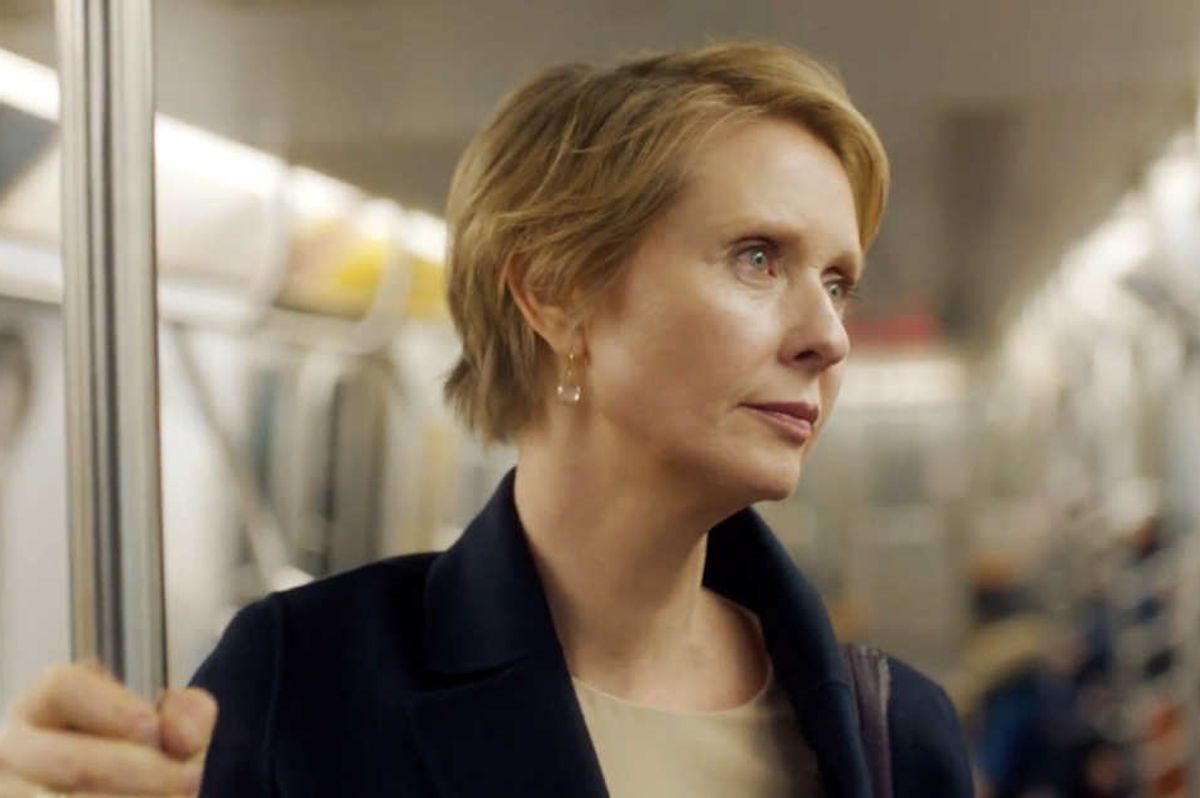 I know what you're thinking: what a niche New York story that would only impact the lives of real New Yorkers! Well, you're wrong. For those of you who may have plans to visit New York, live in New York, or are even slightly aware that New York is the only city from which the rest of America might model their own public transport systems (here's looking at you LA), you should know, trains here suck. Cynthia Nixon certainly does.

Nixon is currently campaigning to replace Cuomo as New York's governor, and we're all very excited at the possibility of Miranda Hobbes taking the wheel — or the conductor's chair. Apparently she is, too, because while headed to a meeting to discuss how the hell we can whip the MTA in shape, Nixon's train broke down. The 3 train, to be exact.

Here she is, shrugging bemusedly at a time when most of us, who do not get to turn broken down trains into a photo op, would be scowling, cursing and snapping photos of the catastrophe to our colleagues.

That thing when you’re headed to talk about fixing the subways and your train goes out of service. #CuomosMTA https://t.co/3DfJBpjrDa
— Rebecca Katz (@Rebecca Katz)1521556573.0

And here Nixon was prior to the incident, blissfully unaware, like many of us before her, of her impending fate.

I couldn't help but think, the MTA came for the wrong gubernatorial candidate today.