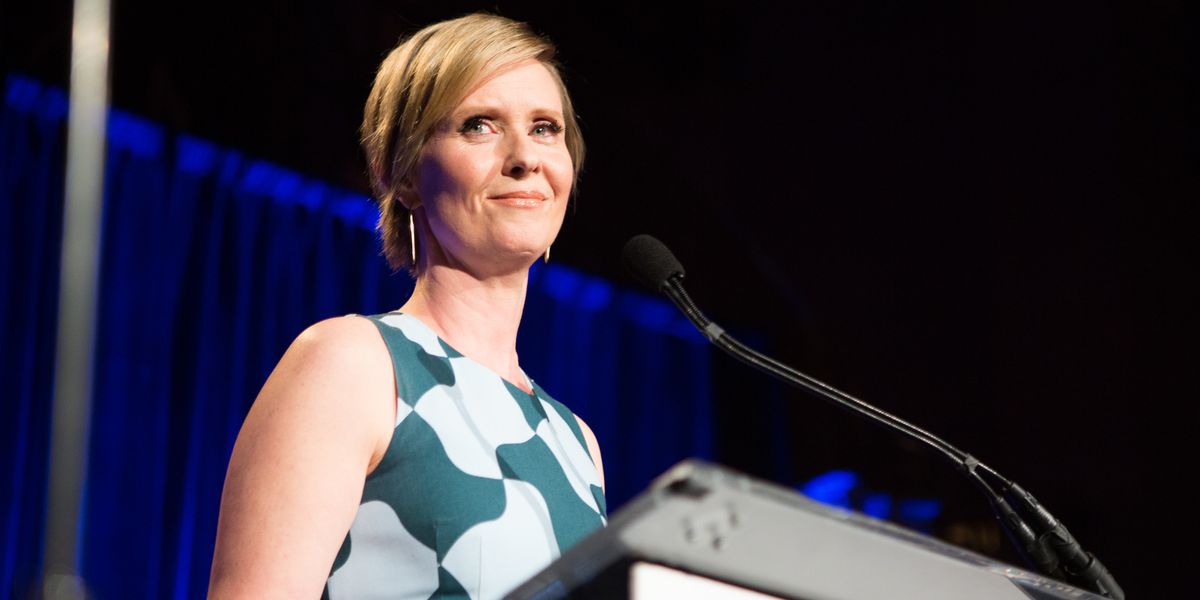 Cynthia Nixon Lost the Democratic Ballot, But Is In It For the Long Haul

To paraphrase an old adage: gubernatorial candidate and everyone's favorite anti-racist Legalize It legend, Cynthia Nixon might have lost the Democratic Convention in Hempstead, New York earlier today, but she didn't lose the war. Governor Andrew Cuomo secured his party's nomination for a third term with more than 95 percent of the vote. Nixon needed at least 25 percent to be considered for the ballot.

Ever the fighter, Nixon gamely showed up, tweeting about how the Democratic Convention deserved the presence of a "true Democrat" — a jab suggesting Cuomo's governing is more like that of a Republican.

"I'm here to say this is my party, too, I'm not afraid and I'm here," Nixon told the New York Daily News at the convention. "You can't shut me out." Her next step is to gather the thousands of signatures necessary for a place on the primary ballot.

Nixon's Democratic Party nomination was seconded by her old high school teacher, Janice Warner, who praised her as a "true progressive, a true Democrat," and said, "if you only know Cynthia Nixon as a celebrity, you don't know Cynthia."

More will be revealed. In the meantime, Nixon continues fighting the good fight for the people of New York, and spilling full tea for the rest of us to drink.