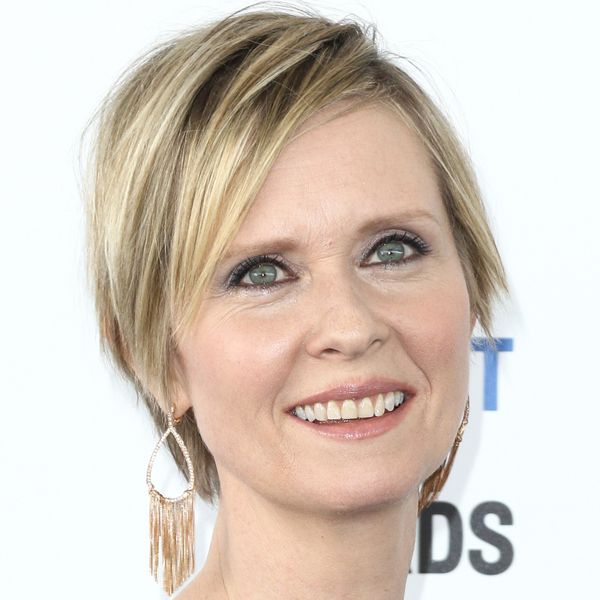 Cynthia Nixon: 'Vote For the Homo, Not For the Cuomo'

In her bid for the seat of Governor of New York, Cynthia Nixon has made a point of embracing negativity and turning it into positive ammo for her campaign. When Christine Quinn, a supporter of Nixon's opponent Governor Cuomo, referred to her as an "unqualified lesbian," Nixon put the ridiculous phrase on buttons to sell.

Now, she's turned an old homophobic slogan from 1977 into a tongue-in-cheek rallying cry of her own: "Vote for the homo, not for the Cuomo."

Cuomo is rumored to have coined the original phrase, "Vote for Cuomo, not the homo," during his father's failed run against Mayor Ed Koch in the 70s (which Cuomo has denied). At the 118th annual Legislative Correspondents Association show Tuesday, Nixon said Cuomo inspired her.

"Andrew Cuomo is known for dirty politics but I have to give credit where it's due," Nixon told the crowd. "His history of cutthroat campaigns, helped inspire my campaign's new slogan."

She continued with the zings, adding: "His performance as a progressive hasn't been very convincing of late — you might say he is an unqualified thespian."