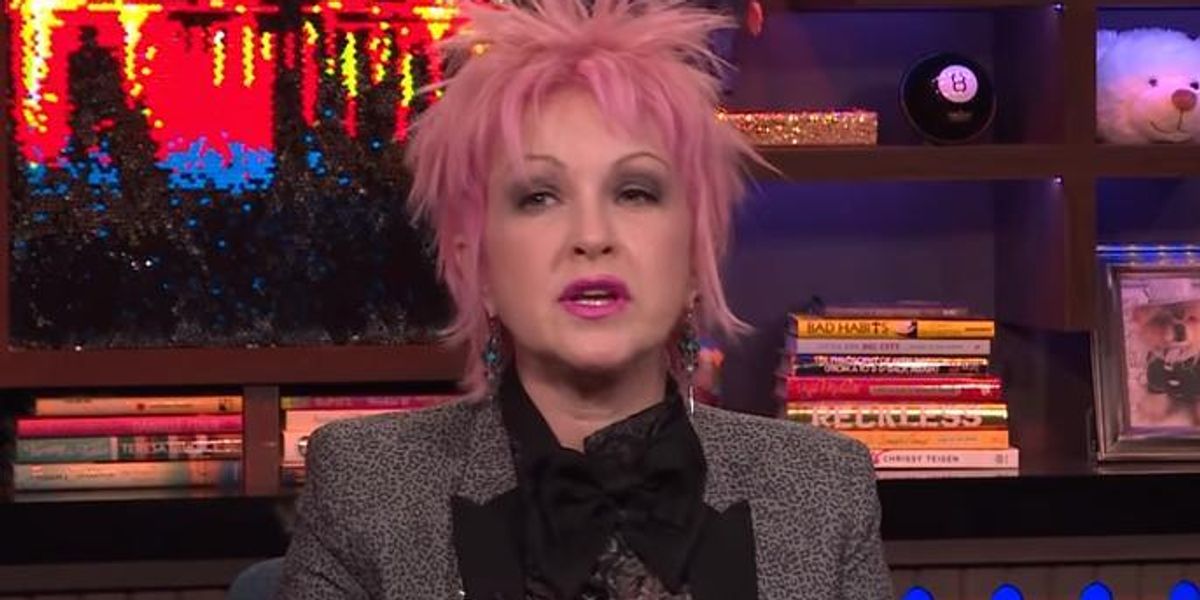 Cyndi Lauper has made it clear that she was not a fan of Madonna's controversial "fuck you" speech at the Women's March on Washington last weekend.

Last night, the icon appeared on Andy Cohen's Watch What Happens Live to denounce the speech, which she said doesn't serve "our purpose."

"Anger is not better than clarity and humanity," Lauper said. "That is what opens people's minds."

Lauper then went on to offer what she thought to be a more effective counterpoint, i.e. Scarlett Johannson's Women's March speech about her personal experiences with Planned Parenthood.

"It was clear, it was eloquent," she said. "Yelling just jacks people up. It doesn't communicate any kind of humanity or any kind of story that would open another person's mind." Watch the entire thing below.