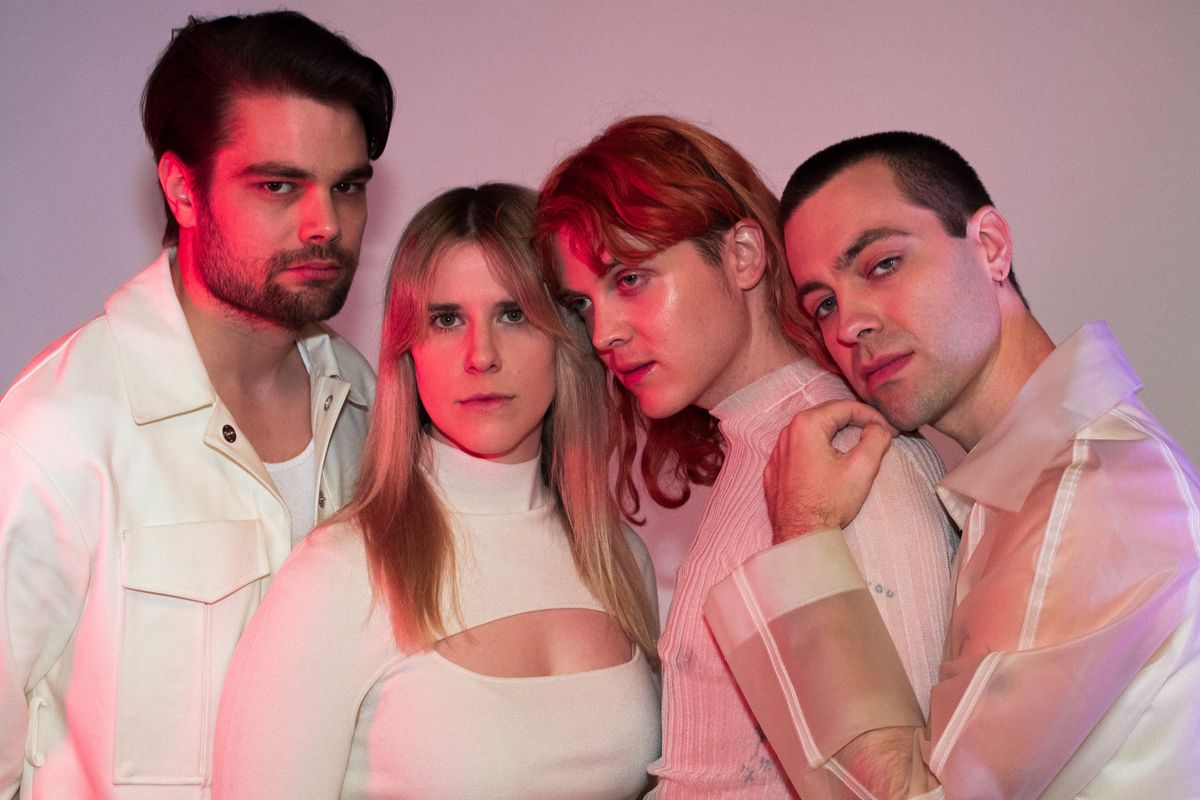 Cub Sport Questions What It Means to 'Be A Man'

Cub Sport's latest era is one defined by healing and radical acceptance. In case you needed any proof, look no further than their new music video for "Be Your Man."

Taken from the Australian group's forthcoming album LIKE NIRVANA, out July 24, the song is a bombastic power ballad with a message about what it really mean to "be a man" and an equally as inspiring video.

Heavily indebted to Kate Bush's iconic"Wuthering Heights" video, the Joe Agius-directed visual is just as dramatic with frontman Tim Nelson performing the song against both plant-filled and blue velvet backdrops in an eerily similar outfit.

As a look partially influenced by Mick Jagger's 1969 Hyde Park performance in a white dress, it's a visual that dovetails beautifully with the song's open rebuttal to the narrow-minded norms associated with masculinity — a concept Nelson that has grappled with himself as an openly gay man.

"'Be Your Man' is largely about freeing myself from the often-oppressive ideas of what it means to 'be a man,' so it felt like a powerful time to bring this idea to life," Nelson said. "It's a bit surreal to watch this video to be honest, I always felt like I needed to suppress my femininity to protect myself but I watch this back and it's so beautiful and I'm really proud!"

Watch the video for "Be Your Man," below.