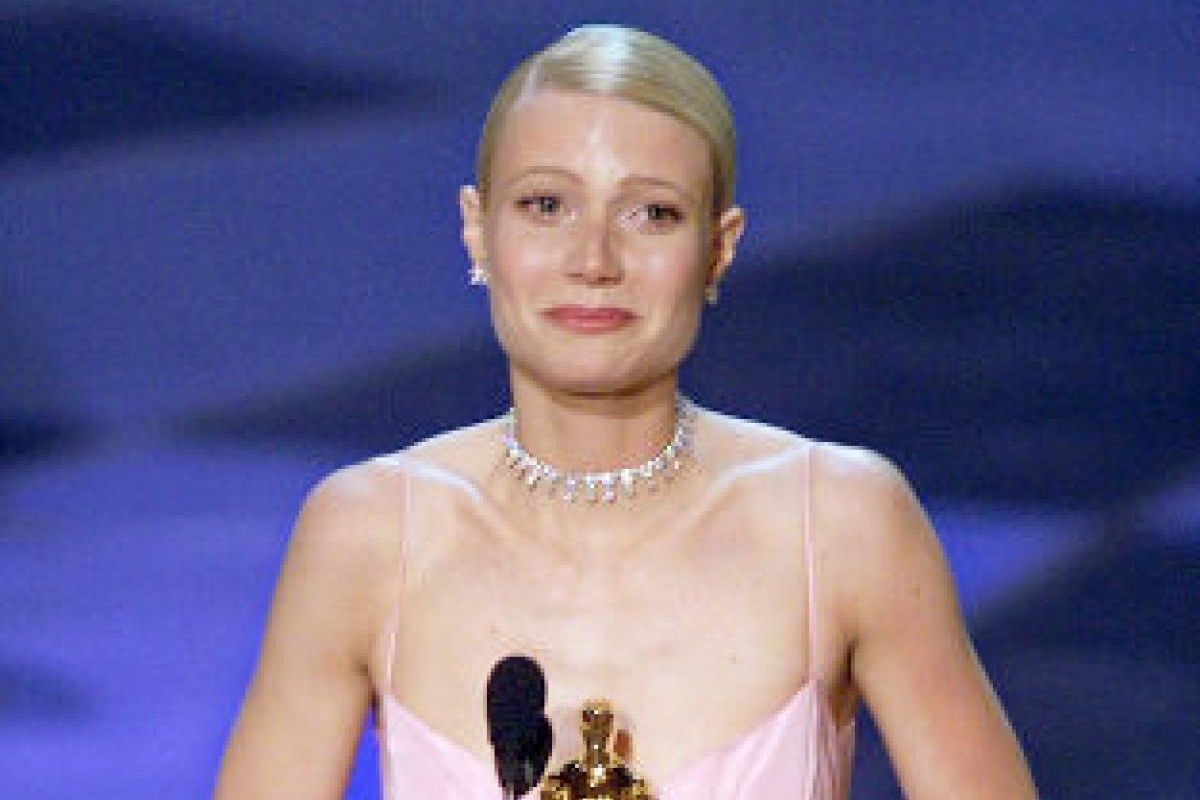 It happened in March 21st, 1999. Upon winning an Oscar for her turn in Shakespeare In Love, a weeping Gwyneth Paltrow took to the stage in her pink Ralph Lauren dress and ruined sincerity for all.

Of course, it wasn't necessarily that sudden. While eyerolls have followed any public display of emotion since cynics earned an official name, it took a while for digital culture to catch up and capitalize on our feelings of, "Oh come on." After all, we felt weird when Adrien Brody kissed Halle Berry in 2003. We'd laughed nervously (and then thought, "relax, man") when Roberto Benigni scaled theatre seats to pick up his Oscar for Life Is Beautiful in 1998. The same went for when Sean Penn stoically presented in 2005 and bizarrely defended Jude Law against Chris Rock's tame one-liners (about how Law was in every movie). Ultimately, it was like these people weren't aware they were famous, rich actors attending a ceremony where they were receiving trophies for playing pretend. And as the Oscars became more of a televised (and later tweeted/lived-blogged) event, less and less of us kept subscribing to the Academy Awards as anything other than a chance to laugh.

Which isn't to say that our intolerance for privileged sincerity exploded exclusively over the last two decades -- lest we forget that in 1974 a streaker ran across the stage, flashing a peace sign. (Which I think is equivalent of a perfectly-timed gif today.) But where Sally Field's "You really like me!" speech was a look at a person realizing in real-time that they had crossed the threshold from a Flying Nun punchline to a recognized actress (which I can't blame her for, since teen series hardly deliver Oscar contenders), and Marlon Brando's 1973 boycott was a serious political stance, both were also relatively low key. The Oscars as we now know it -- a highly televised, publicized, digitized, and commercialized event -- began in the late 1980s. And with the extravagance and larger broadcast audience came more stars acting out.

And that's something we can't particularly handle anymore. We want honesty, but we don't want bullshit. We want vulnerability, but we don't want messiness. We want humans, and not a celebrity's attempt to impersonate one. While Gwyneth Paltrow has always been unapologetically herself (see: Goop, and all that it entails), her place in the 1% of the celebrity pyramid doesn't exactly endear us to her. Kind of like the way Taylor Swift didn't exactly earn our standing ovation when she took home Best Album this year, or how Jennifer Lawrence's backlash began when she sassed a reporter at the Globes instead of channeling her media-anointed adorkable-ness (that stemmed from her falling on the Oscar stage back in 2013).

The media -- and the rest of us -- relate to a person. And the more sanctimonious a celebrity is, the less we see them as human or a possibility of what we can all aspire to; the more we see them as "the other." When Taylor Swift stood in front of a team of male producers at the Grammys this year and sung the praises of her brand of feminism, we got our very own version of Gwyneth in a pink dress, crying. (Especially after Kendrick Lamar lost to her after delivering a performance that was equal parts powerful, mesmerizing, and important.)

I mean, sure, she sang the praises of women and the importance of hard work, but we've also seen behind the curtain enough to know she's a boss, not the underdog. Which we would celebrate if she owned it (the way Nicki or Beyonce does) -- but she doesn't. And instead uses the one chance she had to lash out at Kanye West and his line about her to preach feminism in front of a choir of men. Like Gwyneth sobbing in gratitude instead of waltzing in to say, "Yeah, I deserve this" back in 1999. Sincerity for the sake of it always reads as fake.

But sincerity, when it's legitimate, is a goddamn gift. Watching Leonardo DiCaprio pull a face when Lady Gaga brushed up against him at the Golden Globes was far more satisfying than watching him deliver his commitment to "cinema" at the SAGs. (Like, we get it, man -- you're an act-or.) Watching Lin-Manuel Miranda rap an acceptance speech after Hamilton earned a Grammy ousted Kate Winslet's Golden Globes shock. (How are you shocked, girl? You've been playing the game for two decades.)

Of course, the pressure for actresses to feign humility for likability's sake is a perpetually unspoken and unfair rule in the industry. Actors can be as Robert Downey, Jr. as they want while accepting accolades, and all it rouses is an "Oh, this guy!" reaction. But an actress has to show complete gratitude after a victory -- even though you know they know they fucking earned it. That's why Taraji P. Henson's refreshingly unabashed speech at the Globes only furthered our thirst for artists who are completely and utterly themselves -- not celebrities fronting for public approval or acceptance by acting like they had no idea they had a ⅕ chance of winning an award.

And I think we have our beautiful, precious Internet to thank for that. As the Oscars and all other award shows become cultural events we bond over via 140 characters or "hot takes," our capacity for sensing bullshit only gets stronger. Now, we can compare today's winners with winners of yesteryear and note the similarities between artists like Paltrow or Swift whose messages seem slightly amiss. Now, we can bask in the glow of onstage honesty, of humanness, and of flaws, and we can feel a little less gaslit when admitting something about that award speech just seemed . . . off (right?).

After all, it isn't 1999 anymore, and we don't have to bring our Paltrow baggage to school on Monday, hoping a classmate will make sense of how we're feeling (despite nobody else caring who Ralph Lauren is). Now, 17 years later, when someone like Sean Penn has a cry over Jude Law being the subject of mockery, we can always tweet this: