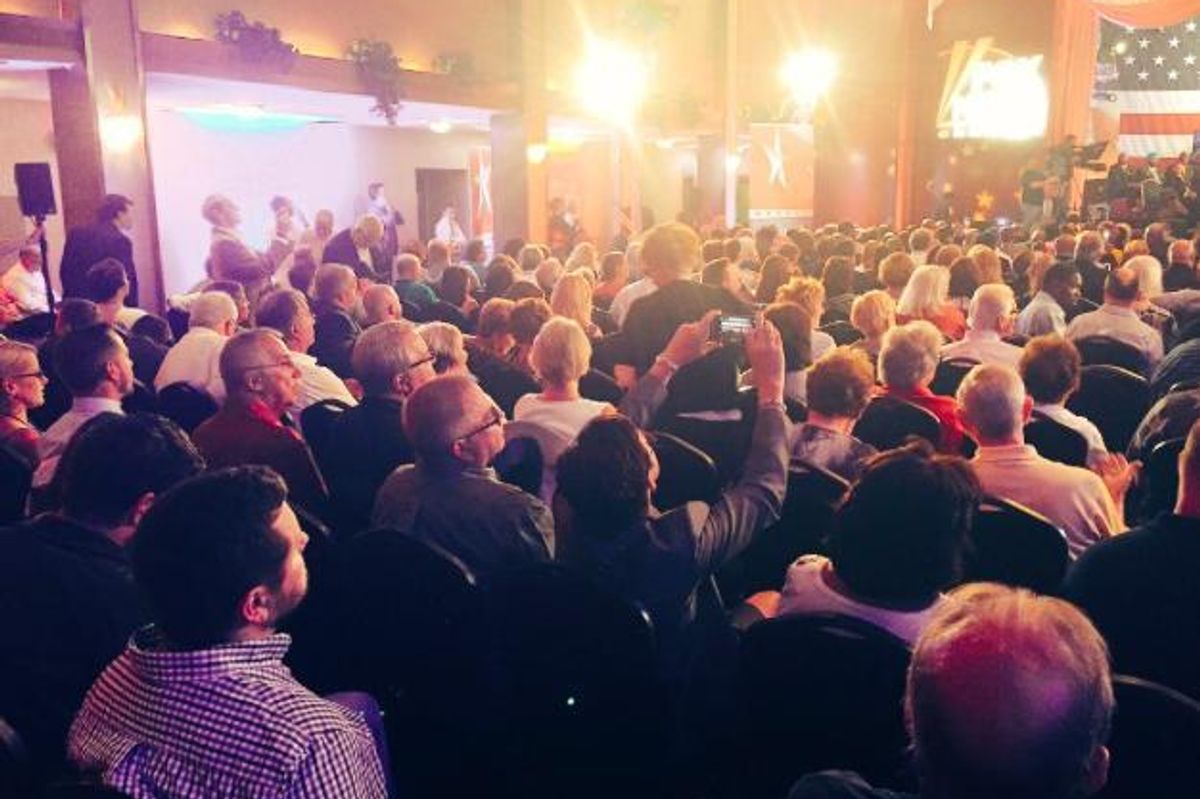 The forum, moderated by Fox News' Sean Hannity, was ostensibly an opportunity for Trump to discuss the problems facing black communities....with members of the black community.

But scenes of the town hall show a predominantly white crowd:

Trump took the opportunity to tell the white audience that he would address violence in black communities by implementing the highly controversial "stop and frisk" method of policing. The polarizing tactic was heavily used by the NYPD until it was ruled unconstitutional by a federal judge in 2013, after repeated evidence showed it was disproportionately used against minority communities.

"I hear him not talking to black people, but talking to white people about black people so they will think he cares about black people," Alexis Scott, a former publisher of the black-owned Atlanta Daily World newspaper, told The New York Times. "The real thing that he's trying to do is to try to protect some of the white vote by suggesting to them that he cares."

This comes just a few weeks after Trump told black voters, "you're living in your poverty, your schools are no good, you have no jobs, 58 percent of your youth is unemployed — what the hell do you have to lose?"