Crocodiles Scare the Sh*t Outta Me! 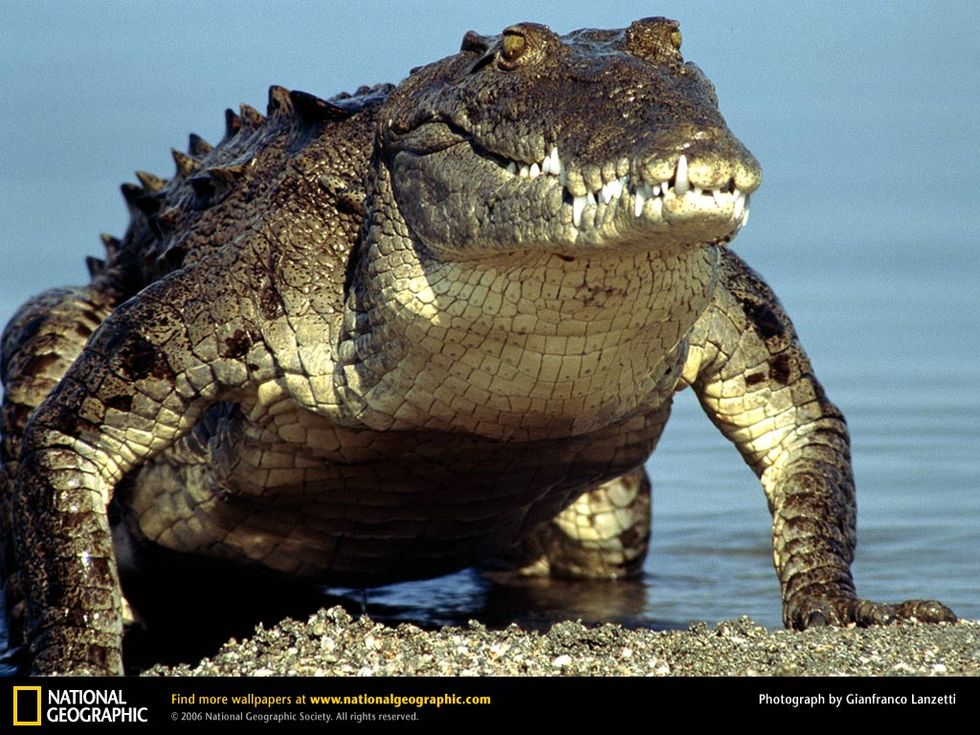 This story from China really sends chills down my spine. Nothing scares me more than crocodiles! I think it started when I read a story in the New York Post ('natch) about some dumb vacationing Americans swimming in a swimming hole somewhere Down Under where a Danger: Crocodiles sign was posted. Dumb Americans ignored the sign and a model was snatched up by an Aussie croc and pulled down under herself. (I know this sounds like an urban myth but I SWEAR it was in the news!) They found her body in the crocodile's nest, buried in mud where the prehistoric monsters like to put their prey to soften it up before mealtime.

I can't believe I once went swimming in the ocean in northern Australia not far from where the Danger: Crocodiles signs were posted!! Those SAW movies can't be as scary as the thought of being pulled down and marinated in some crododile's lair. And now they've found the remains of nine-year-old inside a Chinese croc??

BEIJING, China (AP) -- A crocodile shot to death in south China during a search for a missing 9-year-old student was found to contain the child's remains, the official Xinhua News Agency said.

The crocodile was shot Saturday in a park in Beihai, a city in the Guangxi region, by investigators looking for the missing child. Investigators confirmed that human remains found in the reptile were that of the student, the report said.

The child, surnamed Liu, disappeared Friday after Liu and three other children climbed over the fence around a pool in the park that had been used to stage crocodile shows, Xinhua said.

"The children shot the animals with catapults and beat them with wooden sticks," the agency said. "One of the irritated crocodiles bit Liu's clothes and dragged him into water, where he was eaten by a swarm of crocodiles."

Snipers used pork to lure the reptiles from the pool on Saturday and shot the first one that crawled ashore, the report said.

No other details were given, and it wasn't immediately clear what would happen to the other crocodiles. Local residents said the park's owner had hired a keeper for the crocodiles, but it was not clear why the man was not at the site when the students broke in, the report said. The manager and the keeper were being held by police.

(What, pray tell, goes on at a "crocodile show"? I'm gonna have nightmares for months now!)

For PAPERMAG's previous coverage of crocs (yeah, we messed up and called 'em alligators), click here. 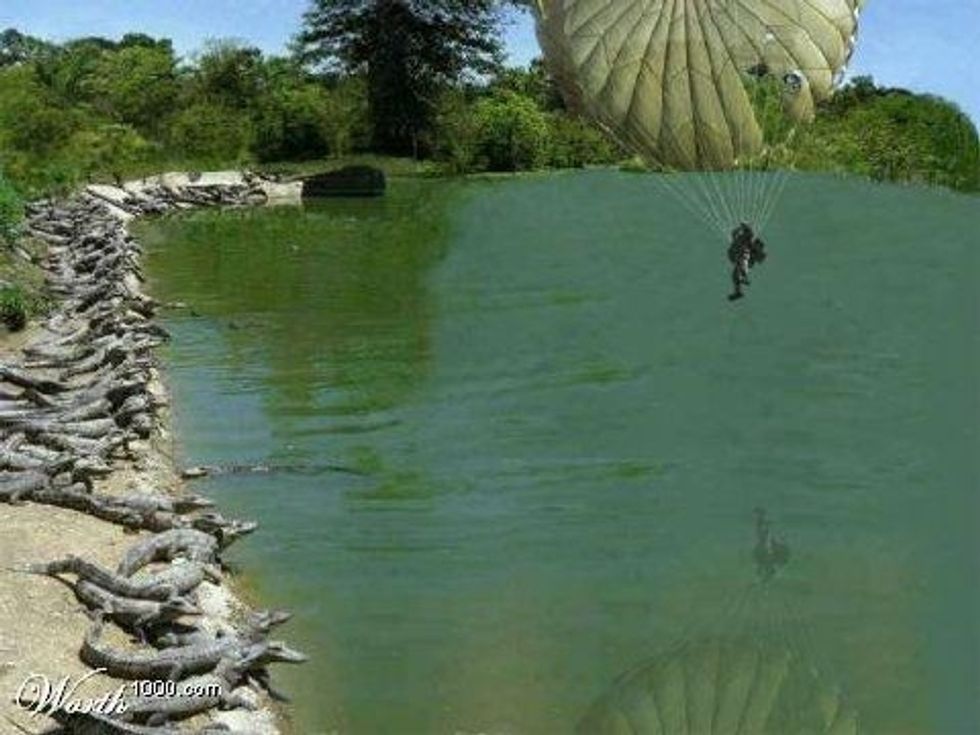 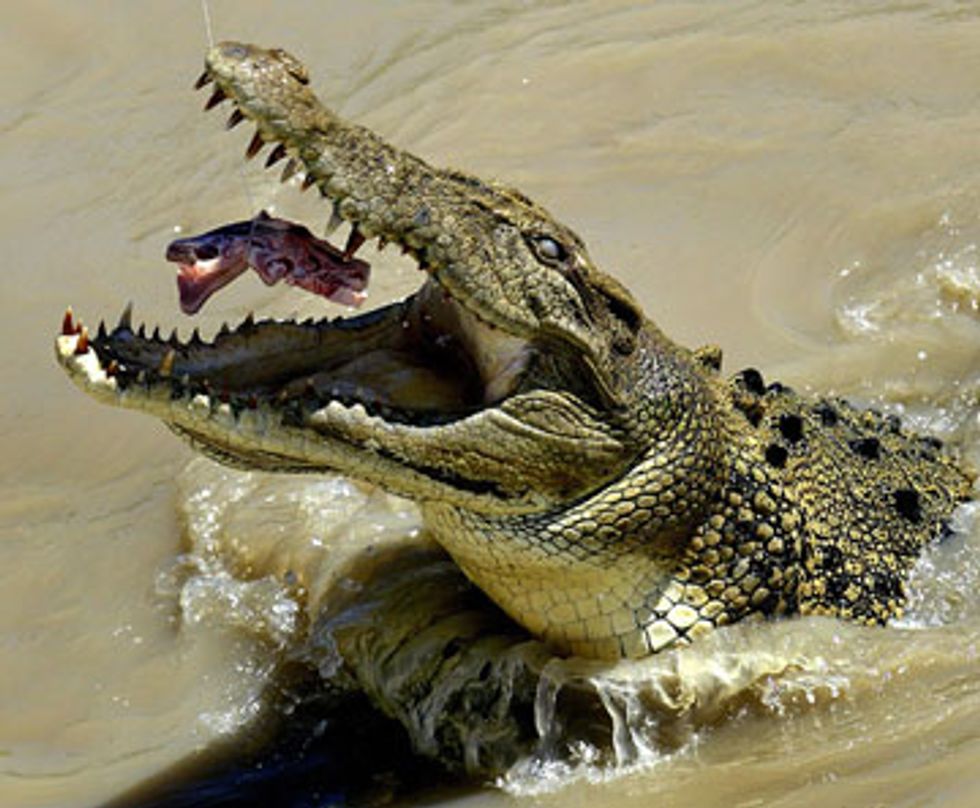