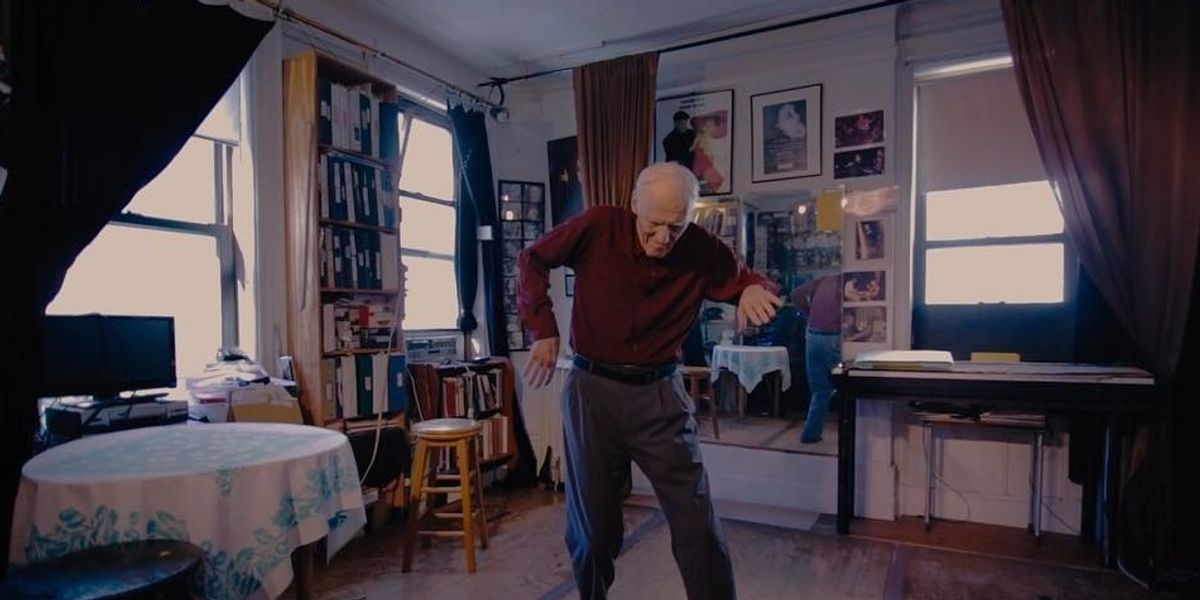 Brooklyn-based synthopop duo Holy Ghost!—made of members Nick Millhiser and Alex Frankel—never thought they'd be entering any film festivals, but here they are, entered in the Tribeca Film Festival with their very first short-doc, Crime Cutz.

Crime Cutz is a "four-part documentary" that incorporates music from the duo's EP of the same name. The predicted reaction, as Holy Ghost! says, is for audiences to go "What the fuck was that?" It is 17 minutes long, and revolves around the story of four native New Yorkers and their love for music.

"It came about in a roundabout way," says Nick. "We had been working with two directors, Ben [Fries] and Alden [Nusser], trying to figure out music video ideas for the EP... Alden in particular, he makes a lot of short-documentary-style stuff and he helps us get an idea for a story and help find somebody he wants to talk to and films them and starts shooting."

For the song 'Crime Cutz,' Nusser developed a concept involving hustle dancers, and also this senior dance group he came across. This is how they met one of their most compelling characters, World War II bomber pilot turned professional dancer, 93-year-old Stuart Hodes, as well as his wife Liz.

Aside from the Hodes, they also spoke to other performers like street singer Brad—another one of Nusser's discovery. It really wasn't until arts and culture streaming platform Kabinett approached them for a film project that they were able to thread all of the material together into a single collage of a piece. Nick says, "All the videos were sort of languishing in this sort of unfinished, confused state. And once we had this new orientation of turning it into one long-form thing, it came together pretty quickly."

"It's a serendipitous combination of digital, imagery, and music," says Nick. "And we didn't think they would intertwine as well as we think they did. But all credit is really due to Ben and Alden, our directors, for finding subjects that unexpectedly bring out parts of the music and parts of the film that we didn't necessarily see."

The film streams at 4:00 PM EST on Kabinett's website today.

"Hopefully it's kind of fun and, at times, surreal," says Alex. "I think that, at the very least, if you're not a fan of the music the characters themselves should bring some joy and inspiration to people. They're amazing people from all walks of life who've all dealt with their own issues and somehow stuck with their passion."