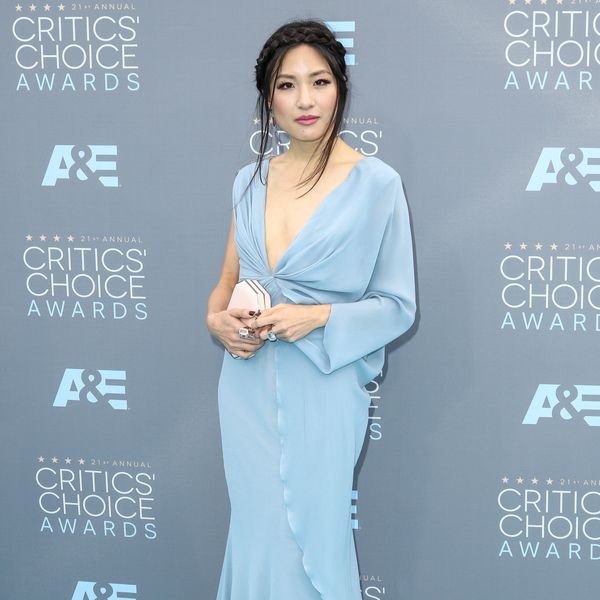 Fittingly set to the catchy and propulsive song, "Money (That's What I Want)," the trailer teases the story of an American woman named Rachel who doesn't realize Nick — the man she's dating — is a member of Singapore's elite. When she finally meets his family and learns about his insane wealth, she is told by Nick's mother that she will never measure up. The movie is based on Kevin Kwan's novel of the same name, and stars Constance Wu, Awkafina, Henry Golding, and Michelle Yeoh.

Jezebel reports that this is the first mainstream Hollywood movie to have a predominantly Asian cast since 1993's The Joy Luck Club. Crazy Rich Asians is obviously still very showy and class-exclusive, but as an Asian American who has literally never seen a movie like this on the big screen in my lifetime, I'll take what I can get.

And, there's extra reason to celebrate this all-Asian cast: Constance Wu's character was almost a white girl because there's nothing Hollywood hates more than too many people of color on screen at once.

Like Mindy Kaling, I am very much here for this very hot, very Asian cast.

Watch the trailer for the film, which comes out on August 17th, below: