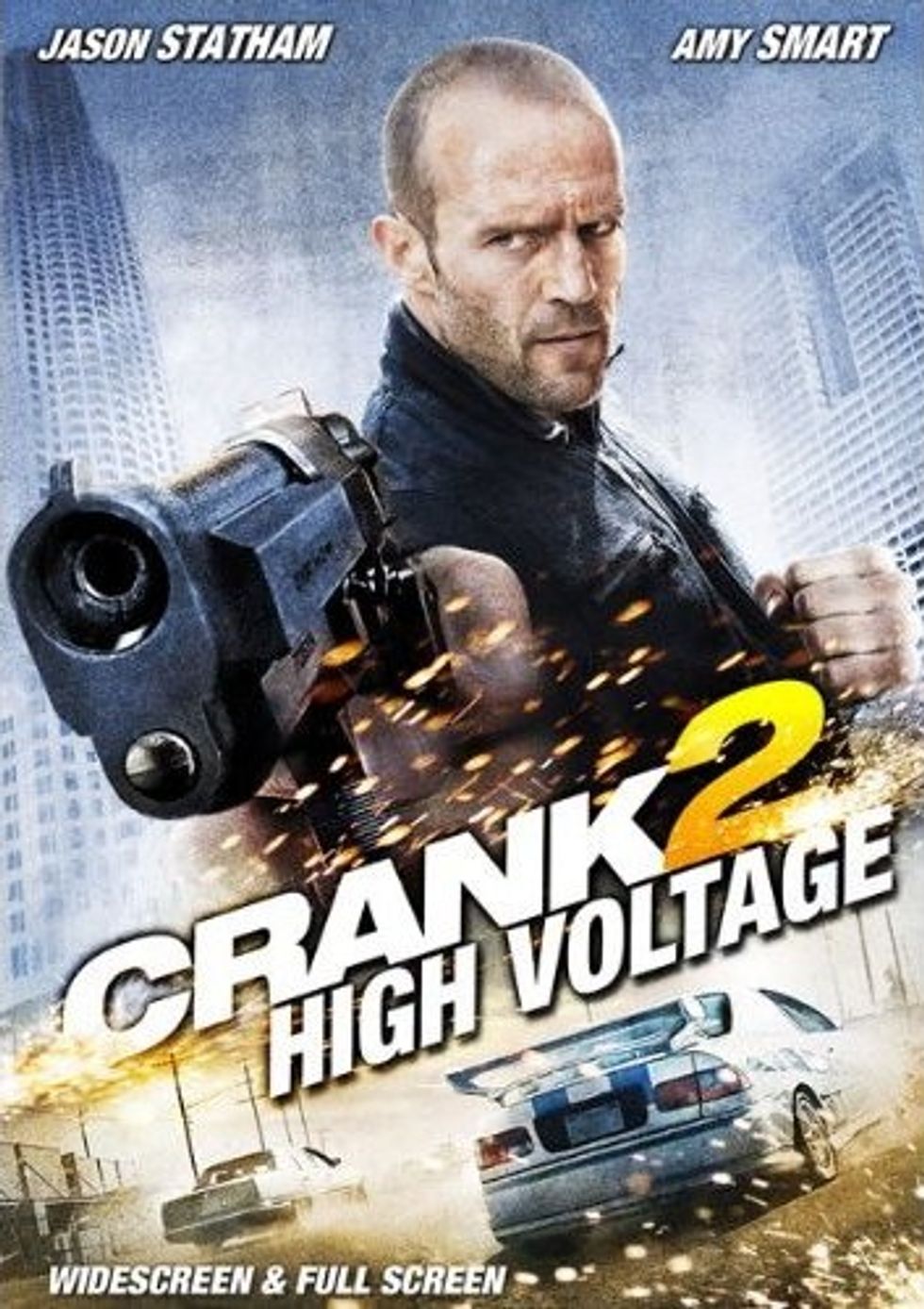 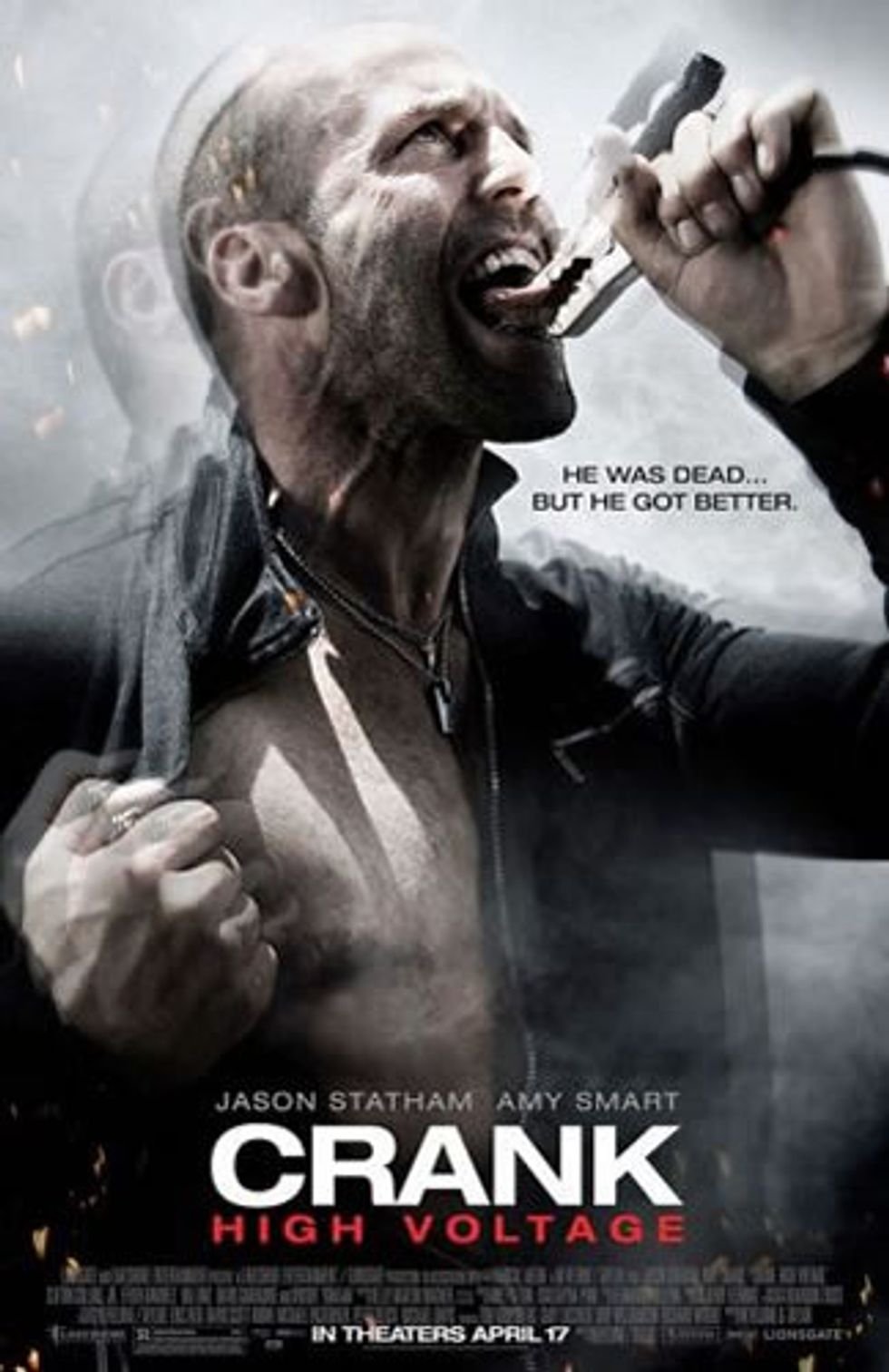 Crank 2: High Voltage, is out on DVD this week, and I have to admit a fondness for the crackpot directing team of (Mark) Nevedine and (Brian) Taylor, responsible for the Crank franchise. They make action movies on crack. I ran to the first screening of their new film Gamer on Friday -- a Running Man with nanotechnology fight-fest starring bullishly butch Gerard Butler as a prisoner who has to fight his way out of jail via a video game called “Slayers”. It was worth the price of admission just for a scene with Michael C. Hall (as an evil video game mogul) shirtless and lip-synching to “I’ve Got You Under My Skin” alongside a puppet-like army of dancing prisoner/killers. The original Crank starred walking hard-on Jason Staham as Chev Chelios, injected with a drug that made him have to accelerate his heart activity or die. It was Speed in a body, and it was cartoonish, vulgar, violent, hilarious and wildly enjoyable.

But Chev fell from a plane to his death, so how could there be a sequel? The directors faced the same problem when approached for a screenplay, so they wrote a far-fetched tale about Chelios (Staham) reanimated with a battery-powered articficial heart, who races around the city searching for his actual heart. Teamed up with his stripper girlfriend (Amy Smart) and facing off Chinese gangsters, Mexican killers and cops, he has to juice up his fake ticker, often with jumper cables, live wires, etc. Bai Ling and the late David Carradine are hilarious in loony cameos. This is way over-the-top and often garishly offensive, but it's a live-wire treat. As one of the DVD extras, the directors drink beer and laughingly describe how they imagine the “suits” at Lionsgate probably never read the script (thank God).