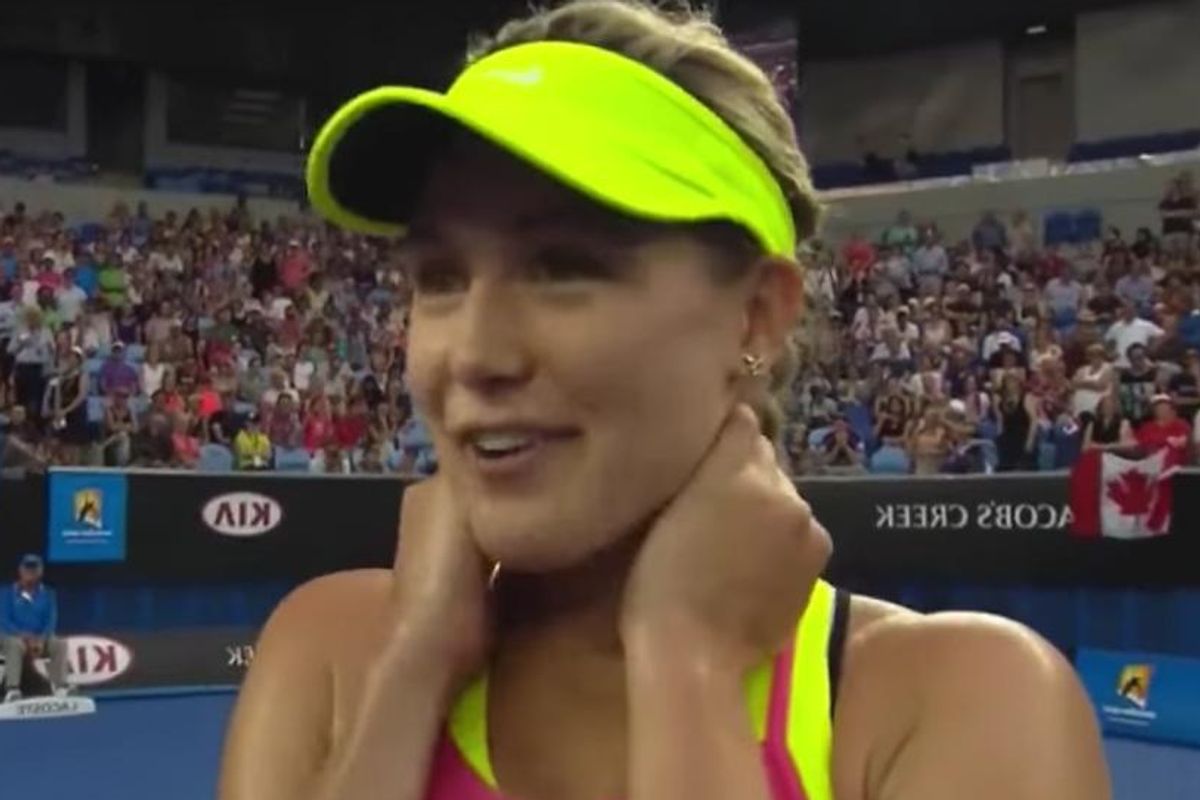 The Summer Olympics: A time for wonder, for men and women around the world to push their bodies to perform incredible feats of athletic strength and skill. A time to celebrate the Nothing like an international stage with the eyes of the world turned on it to bring ingrained sexism to the surface.

NBC's chief marketing officer kicked it off by explaining the tape-delayed and commercial-loaded and over-produced scheduling was the way it was to appeal to female viewers, who are "less interested in the result and more interested in the journey. It's sort of like the ultimate reality show and miniseries wrapped into one." As Hungarian swimmer Katinka Hosszu smashed a world record, an NBC commentator gave the credit to her fiance. The Chicago Tribune in a tweet identified Corey Cogdell-Unrein, who took home a bronze medal in trap shooting, as just "wife of Bears' lineman." (Bronze-medal-winner Cogdell's husband plays for a team that hasn't even made a play-off appearance since 2010.)

And Fox's Sports Court took the cake, having two men debate about whether female athletes should wear makeup while competing, a conversation which includes the solid-gold petty complaint, "why should I have to look at some chick's zits?"

Nor is it just "boys being offensive and gender normative boys." In her article for the AP about Chinese diver He Zi, Beth Harris implied that the silver medal He won paled in comparison to the engagement ring from her boyfriend. She wasn't the only one:

And, just as in 2012, gymnast Gabby Douglas--who has three gold medals to her name now-- received criticism, mainly from women, on the state of her hair as she was tumbling, flipping, and spinning to help put the USA women on top of the podium. Hell, even a study conducted by Cambridge University Press determined that while male athletes are talked about in relation to their sport, women "are disproportionately described in relation to their marital status, age or appearance."


So it seems there could be no more appropriate time to renew the use of the hashtag #CovertheAthlete. The mission: Fight back against coverage of women in sports that reduces them to their looks or to their relationships, because this questioning not only "trivializes a woman's accomplishments, but also sends a message that her value is based on her looks, not her ability."

While the hashtag was launched in 2015, the Olympics (and their aforementioned horrific sexism) are the perfect time to once again remind broadcasters, sportswriters, and talking heads that the most important thing about a woman athlete isn't her appearance, her age, or her relationship status. And Olympics watchers are doing just that:

WTF?! Who cares if she has hair? She won a gold medal! Whatever happened to unbiased journalism? #CoverTheAthletehttps://t.co/5ApGAvQddn
— Vanda Wall (@Vandawall) August 15, 2016

It's time media coverage focused on the athlete and her performance, not her hair, clothes or body. #CoverTheAthlete https://t.co/2kr0Yt0QFb
— Stephanie Sibley (@LaDEeLATtay) August 15, 2016

Performance.
Not hair, clothes or body.
Listen to what it sounds like when the convo is flipped.
#CoverTheAthlete
https://t.co/9g9wbqPRNK
— kim (@stopdmadness) August 14, 2016

So next time a clueless NBC commentator wants to remark on, oh, say, the women's gymnastics team looking like they're at the mall, whip out your phone and remind them to #CovertheAthlete.