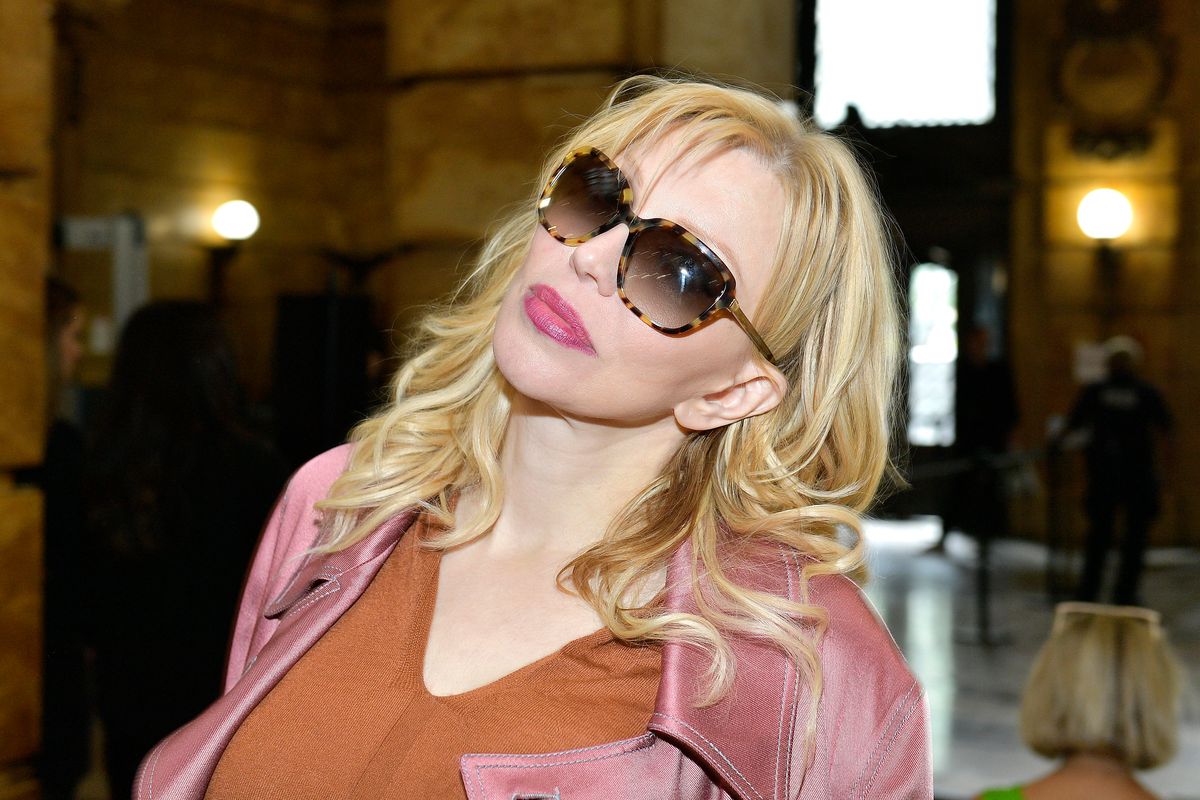 An FYI for bored billionaires with fashion side projects: don't bother trying to bribe Courtney Love into attending your problematic NYFW runway shows. Because she's not above leaking to the tabloids.

Related | AREA's Regal and Retro Boys and Girls at NYFW

Page Six reports that living and breathing icon Love was offered $100,000 to attend Joss Sackler's LBV presentation this afternoon, but turned the money (and front row seat) down over email. Sackler is married to David Sackler, the Purdue Pharma heir whose family kickstarted the opioid crisis by marketing the highly addictive drug OxyContin as a pain medication. Love is... literally a recovering opioid addict.

Sackler's team was apparently willing to do whatever it could to buy Love's cultural credibility. She was offered not only the $100,000 but also hair and makeup, car service, and a custom dress embroidered with 24-carat gold thread. Emails claimed Suki Waterhouse and Julia Restoin-Roitfeld would be at the show, as though that were somehow enticing. Even more insultingly, Sackler's reps tried to claim Sackler was a "fan" of Love, and that Love "embodies the women" her brand wants to dress... strong and undeterred."

Love wasn't having it. "I am one of the most famous reformed junkies on the planet," she told Page Six. "My husband died on heroin. What is it about me that says to Joss Sackler, 'I will sell out to you?' Well I won't."

She continued: "I never would take their money — Joss is delusional, talking about her fashion line and private members club, their 'philanthropical arm.' What about instead giving money to rehab facilities, paying for Narcan or creating a non-addictive painkiller? This request from Joss Sackler is shameless and offensive after everything I, many of my friends, and millions of other addicts have been through with OxyContin. I'm sober, but I will always be an opioid addict, it doesn't vanish. I will always be that, I am just in recovery."

Love was more direct on Instagram: "Fuck Oxycontin. I do NOT FUCK WITH IT." She also reposted a photograph by Nan Goldin, the art world's most vocal Sackler dissenter, whose Prescription Addiction Intervention Now (PAIN) group has drawn attention to the Sackler family's vast art world influence.

A reminder that you don't have to sell out — not even during NYFW. We love you Courtney Love!