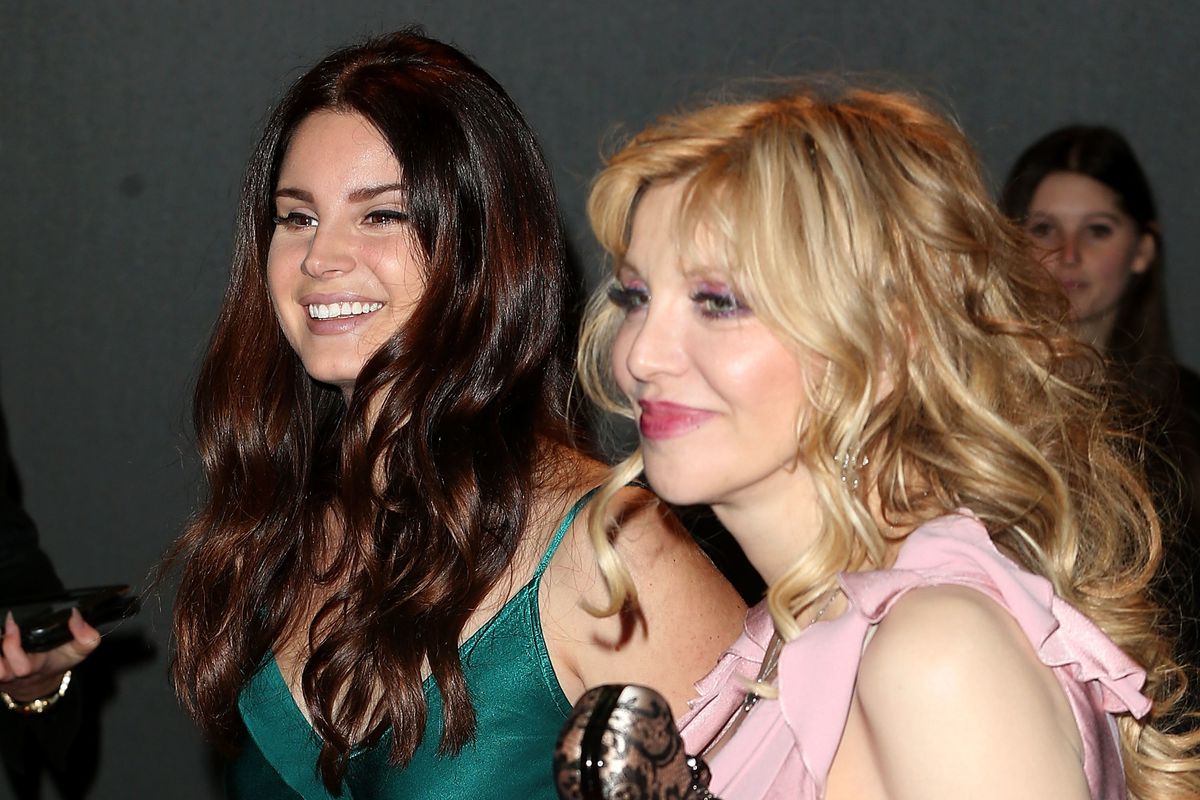 In honor of the release of her new album Norman Fucking Rockwell!, Lana Del Rey's team is rolling around on a couple adorable, lime-green ice cream trucks over the Labor Day weekend. And while most fans are excited, Courtney Love, has a few choice words about one of Del Rey's truck drivers.

Yesterday, Del Rey announced via her Instagram that her "dream team" would be traveling "up and down the coast" to hand out popsicles and vinyl to seaside fans.

In the photo, Del Rey is cheerily handing out treats. However, the presence of "driver" Steve Berman — the chairman and chief executive at Interscope Geffen A&M — behind-the-wheel apparently rubbed Love the wrong way.

Dream team 🌷I’m the luckiest. Anywaysssssss going to have a couple ice cream trucks going up and down the coast this weekend. U can get some popsicles and vinyl if u see this little lime Steve Berman is driving.

While Love has previously been supportive of Del Rey (the two toured together in 2015), she quickly took to the comments section to criticize Berman's appearance.

"She's letting money folk at interscope be in her art it's disgusting she doesn't know. Ugh," Love wrote. "Not humorous! Death knell. DRAW THE LINE! Gross ldr. Don't be nice to him." Later, when questioned by a fan about her comment, Love responded by writing, "Steve Berman knows better . No friend to ' difficult women' ever. To say the least."

But why the animosity? Well, turns out that Love has had some legal troubles with Interscope Geffen A&M's parent company, Universal Music Group (UMG).

Back in the 2000s, Love sued UMG for alleged "unfair business practices that locked her into an unfair contract and cheated her band out of royalties," per the Los Angeles Times.

She also reportedly tried to block UMG from distributing any Nirvana releases — something Nirvana members Dave Grohl and Krist Novoselic countersued her over. Love's case was eventually reduced to a contract dispute and ended up getting settled by both Nirvana and UMG.

Del Rey has yet to respond to Love's comments.