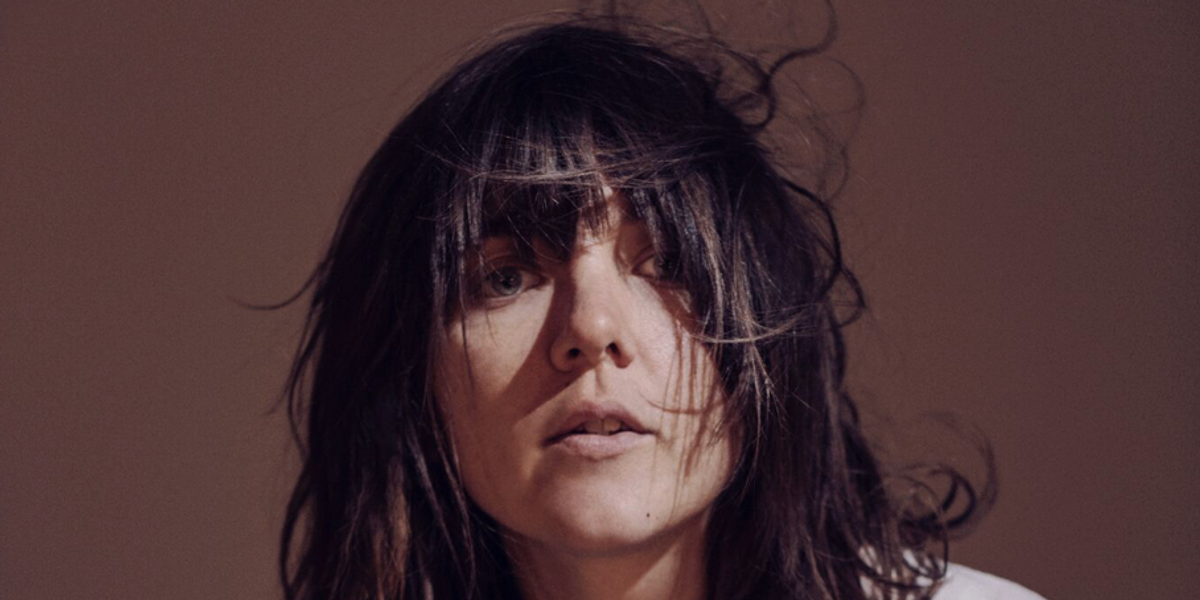 Courtney Barnett Is at Peace with Her Imperfections

Courtney Barnett makes freewheeling, deeply emotional indie-rock that articulates her desires and anxieties with such specificity and skill that they feel universal and comforting. She just released Tell Me How You Really Feel, the follow up to critically-acclaimed debut, Sometimes I Sit and Think, and Sometimes I Just Sit. Her words are deeply introspective and personal on the new album, dissecting her self-doubt, the loneliness that accompanies fame, and the quiet comfort of a Sunday evening spent with friends. She seems at piece with her imperfections and negative emotions, her honeyed Australian drawl crooning that it's ok to have a bad day and to feel terrified of life at times. As the same time that she exudes a sense of emotional tranquility, the songs on the album are also tinged with burning anger about misogyny, online trolling she has been subjected to, and the emotional labor she is expected to perform.

As much as her own lyricism establishes a sturdy and personal foundation for the album, Barnett also situates herself as part of a lineage of sharp, unapologetic feminist thinkers like Margaret Atwood and Carrie Fisher, showing that the experiences she sings about affect all women. She repeated their quotes out loud as a way to set the mood while writing her lyrics. Though she didn't intend to literally work Atwood's words into her album, she grew so accustomed to saying them that she couldn't bear to take them out.

We chatted about her songwriting process, how she knows when an album is finished, and how to dismantle toxic masculinity.

Your recording process for this album was interesting. You played each instrument on the demos before your band members did. Why did you do that?

I guess it's a weird way to do it, but I was off by myself in this out-of-town studio. I was still writing but had the intention to record, but wasn't feeling majorly confident about the songs I had. I was still working on things, and I had been writing a whole lot of these songs on different instruments. A lot on piano. I got bits of drum kits from friends. I started learning drums over the last year or so. It all became part of the same process. There's a song on the album called "I'm Not Your Mother, I'm Not Your Bitch" and the main riff of the song is the baseline. I came up with that when I was mucking around on the bass I have. Sometimes the whole song is built around one certain instrument. I have another song called "Help Your Self," that's a song I kind of wrote when I was 15, the instrumental part. And it's always stuck in my head. I'm like "Oh that song!" and all it was was the drums and the bassline. I came back to it and I played the drum part and the bassline and I worked the rest of the song around those two things. A lot of the songs stemmed from there.

I like the lyric, "It's ok to have a bad day," and how you make space for negative feelings and vulnerability. Who are you addressing when you say that? Is it someone else, or yourself?

I think it's to other people, but it is ends up being a reflection, so it's kind of both. A lot of them were written towards friends or towards people I've met, but then it comes back around and you know you, as a listener might connect with certain elements.

I was impressed by the level of introspection in the album. Is this something that comes naturally to you, being self aware and self critical?

It's something that takes working out. I enjoy writing but I don't find it majorly easy. I find it challenging but in a good way. Reaching that level of something more vulnerable takes more time and head butting against the wall, it feels like.

You've also said that this album feels like a growing up album, and I wanted to ask more about that. Does this feel like a departure from the last album?

It feels like a continuation. I don't know about departure, but definitely continuing on and taking ideas and stretching them out a bit further and it feels like everything I write is going to forever be part of the same project and the same ideas, just to a different tune each time.

How do you know when an album is finished?

I think it's hard. It's probably one of my lesser skills. I've made myself a deadline for that exact reason. Booking a studio and then just pushing myself to get ready by that point. It seems like things become apparent. They feel right. Gut instinct.

I'm curious about the order of songs on the album, especially how you end on a more hopeful note. It reminds me of Taylor Swift's album, Reputation, which also a growing up album and which ends on a starkly positive note.

I was actually going to end it on "Hopefulessness," which is now the first song. For so long that was in my head because it sounds like a final song because it kind of drones on. Jenn, my partner, helped me do the track listing and she kind of decided to flip it around. Looking back on it now, a lot of the album starts on this hopeless, melancholy and it ends on optimism, fading away.

That song is about the idea of nurturing a community of friends. I always feel like there isn't enough language and work about friendship. Do you ever feel like its hard to find the words to write about your friends?

I know what you mean. Sometimes it can just feel a bit- its hard to make it not sound tacky. But its such an important part of our lives, that community, that idea of friendship and relationships and the community around you that supports you and you support it. I think it is so important to our general well-being. The other thing that's so common is to dwell on negatives. You dwell on heartbreak and loss and not on good things.

There's a lot of frustration and anger throughout the album. Do the songs feel cathartic to sing?

I feel the anger and then I feel the release around it.

You sing, "I want to walk through the park in the dark. Men are scared women will laugh at them." You also say "it must be lonely being angry" I feel like we see so many examples of men being conditioned to channel their fear into anger and violence.

The point of the song is that study of it in a way, trying to understand it as a means to combat it. To be able to dismantle something, you need to understand it. I think it's a kind of learning experience.

It's such a stark difference- men being scared of women laughing at them versus the fear women have of sexual violence, death, emotional abuse. That lyric came from an experience with a troll right?

A little bit of that, [but also,] it's not like it's a certain time or a certain place. It's just constant. Domestic violence and violence in general. Around the time I started writing the song, a lot of things were happening, and I read that Margaret Atwood quote and it became this jumble of things. Where that fear stems from and what it leads to. I didn't come out with an answer, but-

The answer is not something any one person could come up with. We have change the way we socialize men to think about their power. In the last few years we had so many mass shootings and they've mostly been by white men. People say, "Maybe if we were all nicer to that person, this wouldn't happen," but if all bullied people committed massacres then we would be seeing a lot more women, people of color, queer people being responsible for mass shootings.

Yeah, it's like that quote- there's a fear of losing what you've got, and not getting what you want.

You also quote Carrie Fisher, saying, "Take your broken heart/ [and] turn it into art.". Why did you decide to quote her? Were you paying homage to her and to women in general by quoting both her and Atwood?

A lot of the time I just write stuff down as a way of remembering it. The Margaret Atwood one I had written it my journal and then I read it out over the music. I intended to change it. I thought it was a bit too much, and it's quite a mouthful. But that always happens — I intend to change lyrics and then I get used to them and I can't bear to not have it. That's kind of what happened there, and then the Carry Fisher one, I think that song was such a droning repetitive thing I just kept singing. Like I might have even had it looping. But yeah, I love that line. It fits so nicely. And then yeah, to pay homage after the fact. I just think they're really beautiful words

That's interesting what you say about intending to go back and change lyrics. Do you use quotes to set a tone or establish a mood board?

Yeah, that's normally how I do it. I just say anything, because sometimes that helps find the melody or vice versa. Normally, I just start by reading over the top of music and then eventually something happens. By that point, I might not even have a narrative or a topic or anything. It's a bit of a backwards process sometimes.

Stream the album below: