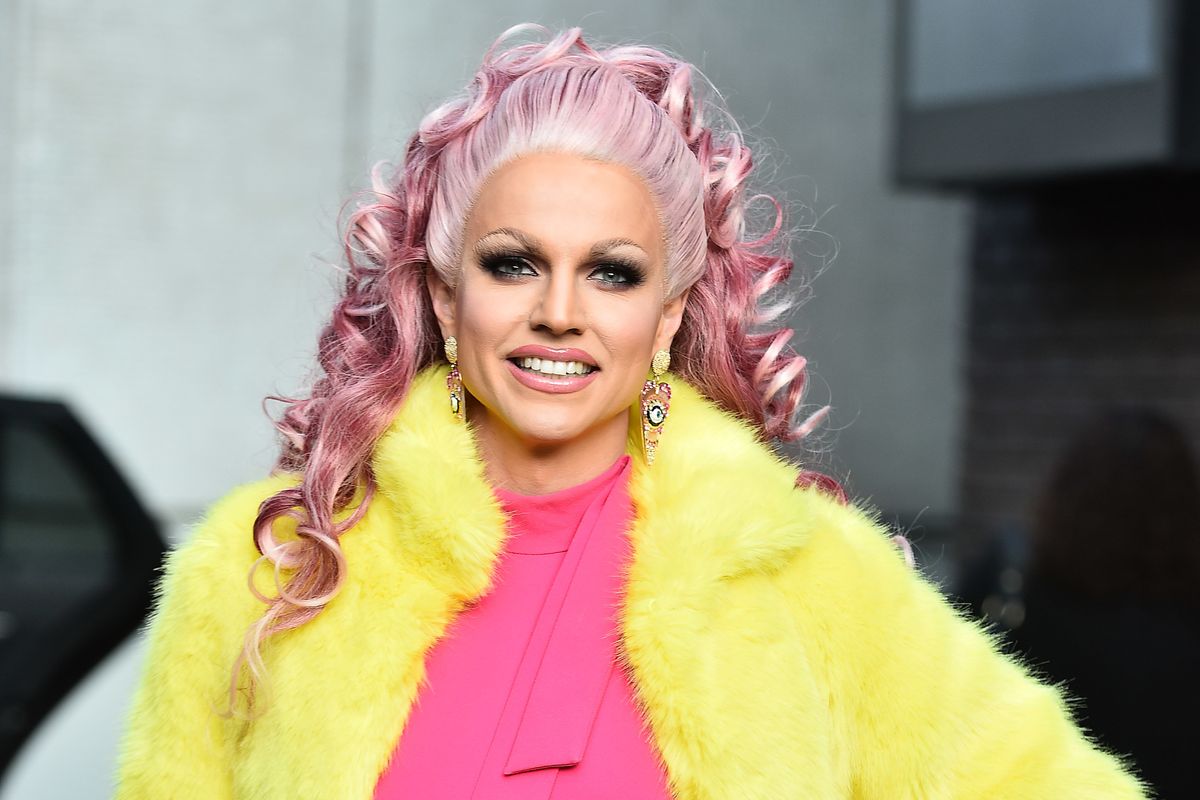 Is Courtney Act Ushering In Another Era of Drag on TV?

We are in the golden era of RuPaul. Sure, some may call it the golden age of drag, but the thrust of this renaissance we are seeing is through Ru-backed ventures: There's Ru's Drag Race, then that show's All Stars iteration, and even a conference. The Trixie and Katya talk show on Viceland is even executive produced by Ru as are many of the shows on the WOW Presents Plus streaming network that features a flood of drag centric content. But this year a few queens (mostly still within Ru's legacy as they appeared on the show) have tried expanding that. Amongst the most notable? Courtney Act with a reported two television shows in the works as well as a fan base bolstered by a Celebrity Big Brother UK win.

On Tuesday, E! Entertainment in the UK announced that in October they would air The Bi Life, a 10-episode dating show set in Barcelona where a group of bisexual, pansexual and fluid or questioning Britons search for love. Act, who identifies as both pansexual and genderfluid, will play host for the show as a first for drag queens on TV. But it's not the only thing she's working on.

As if this summer hasn’t been hot enough, @EOnlineUK decided to crank it up another notch with #TheBiLife, a brand… https://t.co/zlaNUVS8wG
— Courtney Act (@Courtney Act)1534834800.0

Earlier this summer it was announced that Act had also recorded a pilot for her own late night talk show this past May. While details were more scarce than those on her dating show, the venture is to air on Channel 4 in the UK featuring celebrity guests, musical numbers, as well as discussions about everything from politics to pop culture with an open bar. As the cherry on top, the channel has also said it is interested in possibly using her in other programs because of her "undeniable star quality."

If Act truly bags this talk show, she will not be the only drag queen to do so. In the mid '90s, Ru memorably had her own VH1 show. In fact, she may even be reprising that role beginning Fall 2019 as she has begun to film a pilot for a talk show with Telepictures who is behind The Real and Ellen. Then there was Trixie and Katya, which initially started as the Youtube series UNHhhh but, this year, received the Viceland go ahead. The show has yet to be announced for a second season. But Act now adds to this legacy.

Act's distinction is that her ventures are not controlled by Ru. Much of the drag content that we see on television today either centers Ru (she's also working on a comedy series for Netflix called AJ and the Queen and a Hulu series about his life) or is controlled by her. Case in point: today Netflix announced the new docuseries Dancing Queen about Alyssa Edwards with cameos from Shangela. Ru is an executive producer of that show, which will air with eight 45-minute episodes on October 5. But people are becoming increasingly interested with the star.

Related | Kiki With Your Favorite Queens at DragCon LA

After a slate of controversies, the latest in which Pearl revealed a personal interaction the RuPaul that many took as cold and callous, many are ready for another performer to come to the forefront. And come they are: Sasha Velour has expanded and doubled down on her various enterprises like Nightgowns, her traveling drag show; Blair St. Clair's album debuted at number 1 on the dance charts; and Shangela is attacking entertainment from all sides having made a variety of movie appearances in addition to hitting the pavement with multiple tours.

With Act, who originally rose to prominence in Australia after competing on Australian Idol in 2003, making her independent stake television, we truly may be moving into a golden era of drag.