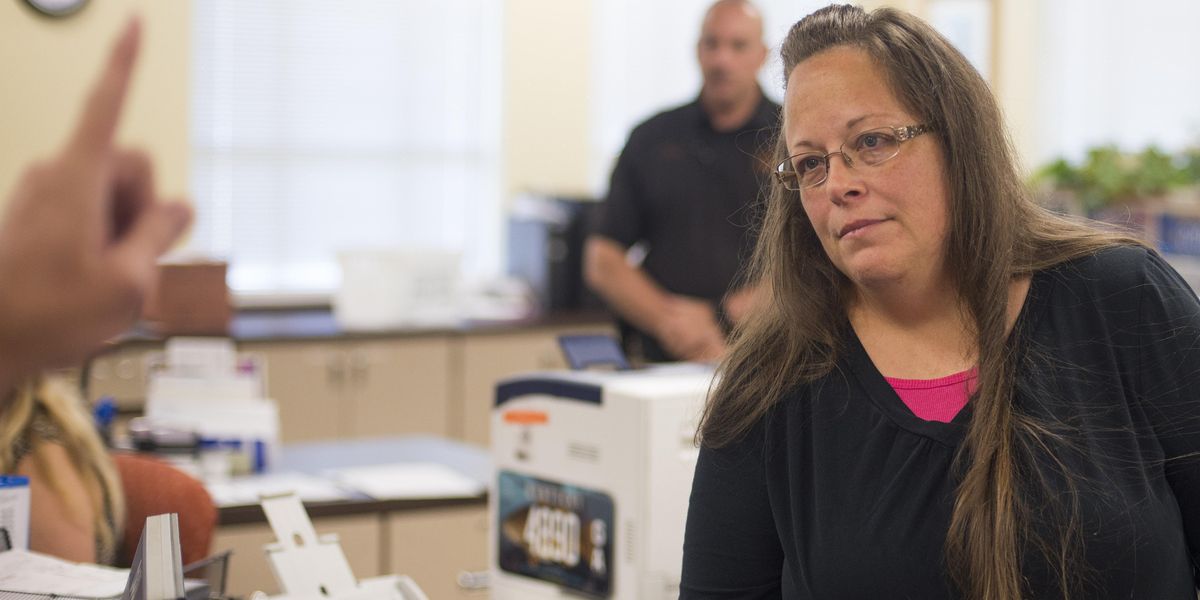 A federal appeals court ruled today that Kim Davis, the Kentucky clerk who refused to issue marriage licenses to same-sex couples because of her religious beliefs, can be sued for damages by the couples she denied.

David Ermold and David Moore are the couple who originally filmed Davis refusing to give them a license and were the first plaintiffs in the case against her. In September 2015, Davis famously argued that she was denying licenses to same-sex couples on "God's authority," and has been in and out of court ever since. She even did a stint in jail for contempt-of-court, a time which she called "peaceful."

A U.S. district judge dismissed same sex couples' case against Davis last August, but the Sixth Circuit Court reversed that decision today, ruling that the couples are entitled to receive compensation for the damages caused by Davis' actions. The appeals court ruled that the case is valid because it's "not a general challenge to Davis's policy, but rather seeks damages for a particularized harm allegedly suffered by a specific set of plaintiffs."

Now, the case gets kicked back to the U.S. district judge. If he rules in Ermold and Moore's favor, Davis could be responsible for paying damages to the couple, which would set a precedent for future cases.