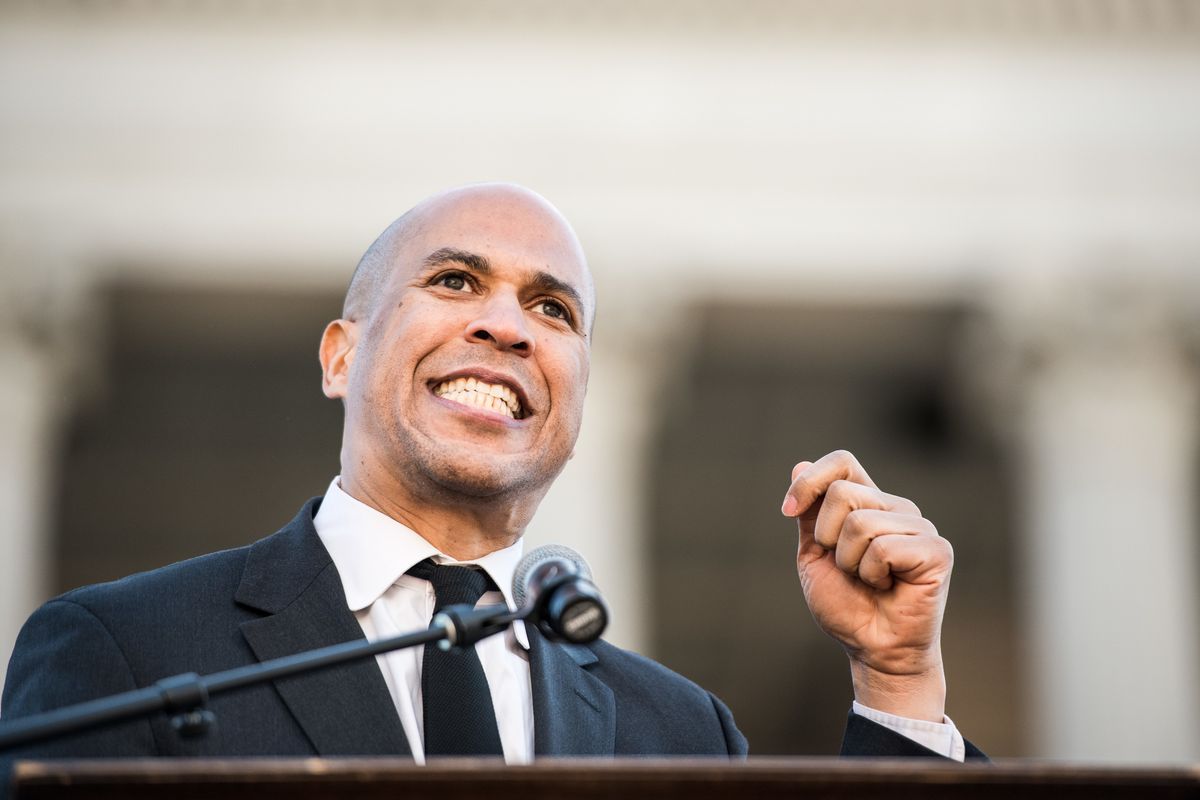 Cory Booker, the outspoken Democratic Senator from New Jersey, has just thrown his hat in the ring of an increasingly promising 2020 presidential race. He joins prospective candidates including Kamala Harris, Kirsten Gillibrand, Elizabeth Warren, and a couple dozen other Democrats.

Booker posted the news on his website and in a stirring campaign video on Instagram (see below), which focused on his background and experience. In 2013, Booker became the first African-American senator from New Jersey, but had already built his reputation as mayor of his Newark hometown, a post he held from 2006. He still lives in inner-city Newark to this day, and as the video notes, he continues to serve underprivileged communities there.

"I grew up knowing that the only way we could make change is when we come together," Booker said in his announcement. The Yale Law graduate told a moving story about his father, who told him to never forget where he came from, "or how many people had to sacrifice to get you where you are." When Booker was a child, his parents tried to move the family into a neighborhood with better public schools in hopes of providing Booker with a higher quality education, but realtors "wouldn't sell us a home because of the color of our skin." Booker said that a group of white lawyers who took cues from the civil rights movement, stepped in, and "they changed the course of my entire life."

Booker didn't mention President Trump in the video, but did say that it was important for the country to see the faces of leaders and "feel pride, and not shame." He also called for a fairer criminal justice system that "keeps us safe, rather than shuffling more children into cages and coffins."

Booker's resounding message throughout is that when we come together, we channel our "common pain back into our common purpose." If Booker can help us do that, then we may someday live in an America where truly no one is forgotten or left behind. As he says in the video's final moments, together, "we will rise."