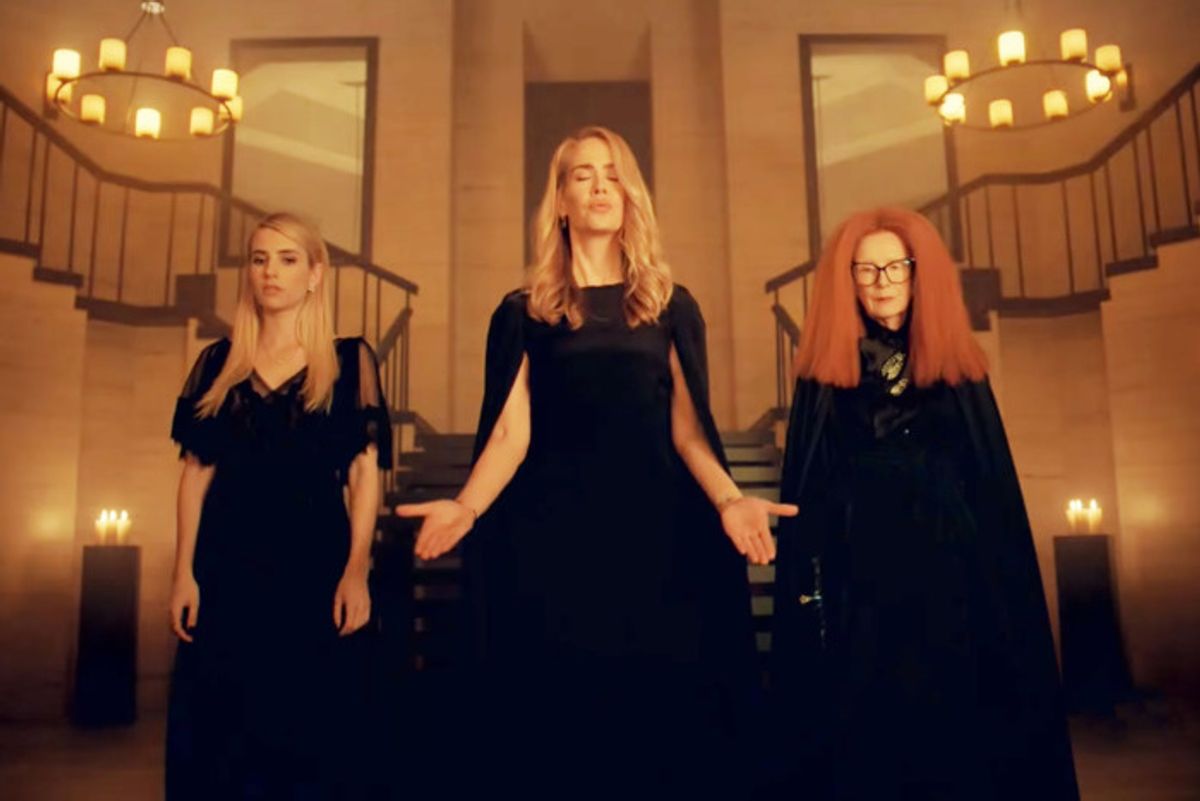 Are Rich People Fleeing to Their Million Dollar Bunkers Yet?

A little less than a year ago, I found myself at a secret location outside of a small town in Kansas, 15 floors underground a decommissioned army missile silo. I was there last April to tour a luxury survival bunker built for the rich and (what I thought at the time) paranoid, to withstand the end of the world, or just end-of-the world disasters like hurricanes, tornadoes, nuclear war, volcano eruptions, Ebola, Trump, Hillary... pretty much anything the Survival Condo founder Larry Hall said should require a contingency plan.

A condo unit with a faux window LED screen

Inside the bunker, there was a decontamination chamber (for pandemics or a nuclear emergency), three fully stocked armories filled to the brim with shotguns, AR-15s and sniper rifles, ammunition and a crossbow (for protection), medical equipment (for one of the owners, a doctor, to perform checkups and emergency surgeries) and a makeshift jail cell (to keep the owners in line). For sustenance, Larry had equipped the silo with its own "store," but instead of the products you'd find at a Whole Foods, Ship's Store, as the sign on a wall leading into the space read, housed boxes and boxes of canned goods and other non-perishables, as well as a self-sustaining food system, not functional at the time, that would eventually produce three different types of farmed tilapia, fresh plants and vegetables. There was also a gym, a movie theater, a shooting range, a rock climbing wall and a pool, among other amenities, with an adjacent "cafe," that would, under lockdown, be run by the owners, as would everything in the bunker, determined by an ongoing (and required) chore system.

Related | How the 1% Will Survive an Apocalypse

The survival condos themselves weren't that different from a small one or two-bedroom you might find in Stuyvesant Town or a "luxury" building in the Valley — the difference is, they were 201 feet below ground. So, the windows weren't actually windows, but LED screens that could livestream the empty land above the silo, stock footage of a forest or beach, or, if you really wanted, pre-recorded video of anywhere in the world — even Central Park, as one client had requested. At the time, I remember walking through the units and community spaces, thinking I could never imagine the 1% living in condos, let alone ones that were this confined and underground, while being forced to perform different kinds of manual labor. But Larry was convincing. He told me his owners weren't Doomsday preppers, conspiracy theorists or overly-suspicious "camo-wearing psychos" who had been stockpiling arms.

"He told me his owners weren't Doomsday preppers, conspiracy theorists or overly-suspicious 'camo-wearing psychos' who had been stockpiling arms."

"Our customers are doctors, engineers and international business people," he said at the time, also noting that A-list celebrities, Silicon Valley tycoons and other "self-made millionaires and billionaires" were not only now investing in these kinds of properties, but already had been. "Looking at everything going on in the world right now, honestly, I think it's crazier not to own [a survival condo]," he contended back then. "And it's only getting worse."

Fast-forward 11 months later and it seems Larry's words were prophetic. Due to Coronavirus, or COVID-19, people all over the world are being told to stay home and practice social distancing. In cities and countries where the virus has already spread, citizens are being forced by their governments to shelter in place. Both scenarios have led to last ditch trips to the grocery store where shelves are now empty and people are fighting over toilet paper. And Purell? It's sold out almost everywhere. While restaurants and bars are being closed, and festivals and conferences like SXSW have been cancelled, for Larry, pandemics mean big business.

"I'm getting call after call every day," he said over the phone late last week. "Usually it takes a little arm-twisting to get people all the way out here [to Kansas] to see the units, but people are buying spaces after just looking at the pictures. They're thinking, 'How do I not already have one of these?'"

For the people who do, Larry says, it's been a huge relief. Though none of the owners are currently living in their condos, two families have plans to come in April. Others, he said, have been shipping him items to get their places ready in case they do need to G.O.O.D., or "Get Out Of Dodge," in survival speak. Corona, he says, "has made them realize how badly they need something like this." In fact, that's why he was urging people to purchase them last April.

"All of these calls I'm getting now, people are realizing [that] by the time something like [the coronavirus] happens, it's too late."

"I had a feeling there were a lot of bad things on the horizon," he lamented, "which is why you have to have a plan in place. All these calls I'm getting now, people are realizing [that] by the time something like this happens, it's too late. Seeing an imminent threat that's exploding exponentially like this virus — it really illustrates just how quickly the world can change."

On a larger scale, he sees this as a chance for the US government to also implement more precautionary measures. "We've let so much of our national well-being be outsourced to other countries, and it's a national security issue," he explained. "What if we had an adversarial relationship with China, and they just stopped sending us our pharmaceuticals? Or they couldn't anymore, because of this virus? We don't have the ability to produce them for ourselves, and we wouldn't be able to take care of our people. So, it's a wake-up call for everyone, including the government."

Back at the bunker, the hydroponics and aquaculture are fully functional. Since my trip, Hall said, they're now growing tomatoes, onions, celery, beets, radishes, peas, beans, squash, broccoli, strawberries and nine different kinds of lettuce. He's also updated the medical facility, thanks to a new owner who's an anesthesiologist, and the new facilities manager is a retired fire chief, who's also trained as an EMT. For Hall, it's really been about focusing on preventative maintenance and implementing an inventory control system to ensure that everything is running smoothly before there's an emergency.

"Everything is working how we planned for it," he said, "and that's a really good feeling."

"You can't be the guy trying to buy batteries in Florida during a hurricane."

As for COVID-19, Hall told me he believes things are going to get far worse before they get better. "I hope it stays on the benign side," he said, "but we just don't have enough concrete data about the virus or its fatality rate. The numbers we're seeing, they're all over the map. I fully expect them to skyrocket once we get a clearer picture of the reality of this thing, and that's going to be an even bigger wake up call for people."

That's part of the reason he's been hard at work on a second structure inside another missile silo in Kansas. Whether it's a global pandemic like Coronavirus, or the economic consequences he predicts it will have, or just the usual disasters of a natural or apocalyptic variety, the goal for him is to make sure people are not vulnerable and have the ability to be self-sustainable.

"It's sobering for people when things like this happen, but you have to expect them," he urged. "And you have to be ready. That's why the condos provide such a peace of mind for the owners. Because you can't be the guy trying to buy batteries in Florida during a hurricane."