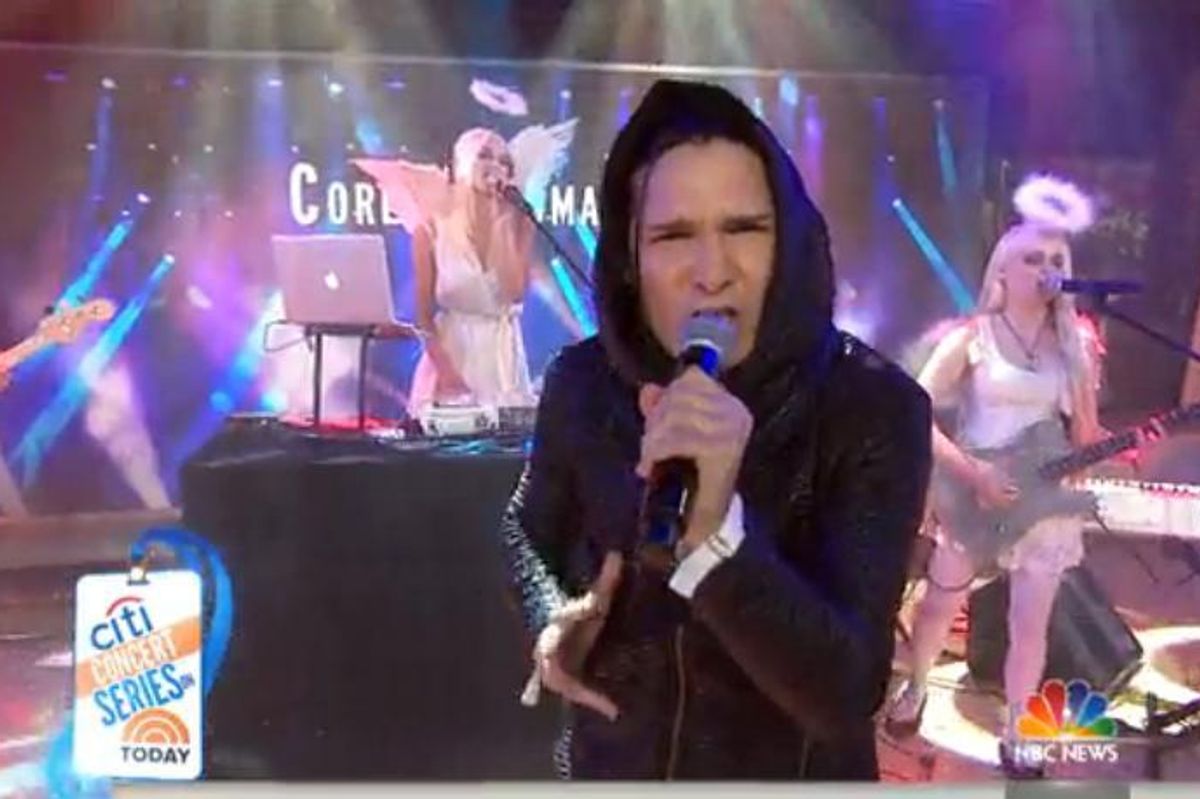 There's really nothing to say...no words can accurately summate this; legendary child star Corey Feldman appeared on The Today Show to promote his upcoming music album Angelic 2 The Core, performing a song "Go 4 It."

The star, clad in some sort of knightly chainmail hoodie, was flanked by a backup quartet of women dressed like angels (who all have legitimately great voices). Feldman explained the clashing Heaven vs Hell aesthetic, saying:

The whole theme of the album is good versus evil, heaven versus hell, that sort of thing. If you look closely at the artwork on the album, you'll see that it's me trying to crawl out of the fiery pit and it's the angels pulling me out. It kind of all goes along with the concept.

Of his halo-included bang, Feldman added:

Angels probably saved me once or twice in my life, and I like helping them as well. That's why I created Corey's Angels as a way to help girls who were like lost and needed to find their way to get their opportunities, their dreams and make them realities. And that's what we do, we try to help them make their realities their dreams.

(If you're confused at what "Corey's Angels" is, look no further.)

The Skrillex-look complimented the dubstep throwdowns going on in various parts of the song.

Corey also mentioned that the album was dedicated to his late friends Corey Haim, and Michael Jackson--the latter of whom he said some of his performance's dance moves would be inspired by.

What happened next is nothing short of divine (I mean that); watch Corey's performance below.