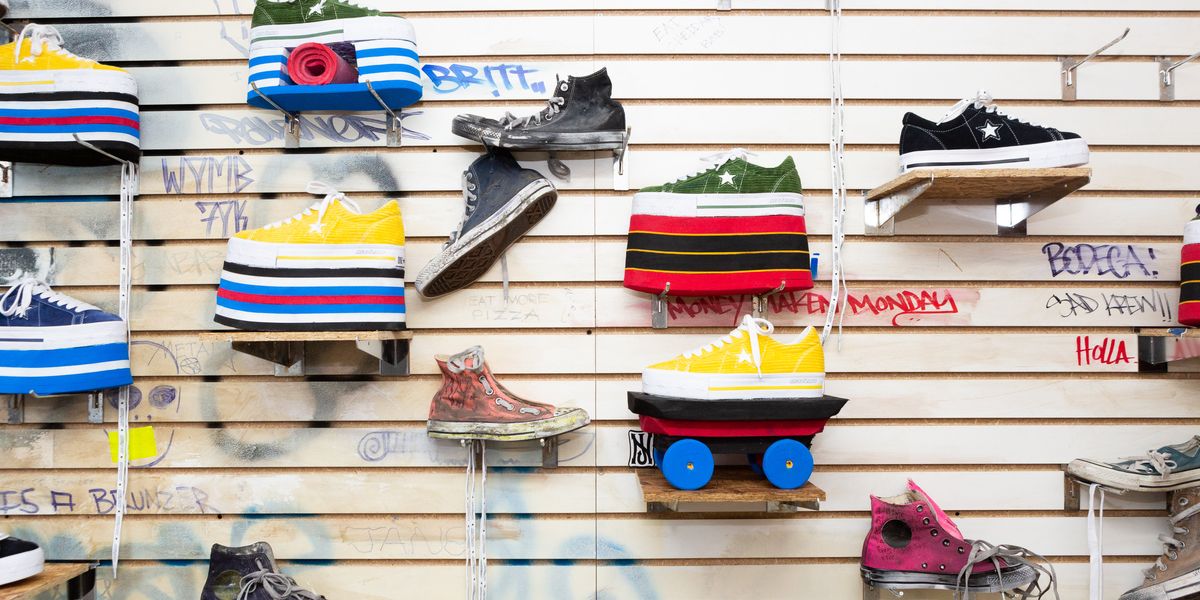 The collab's signature piece is a platform Converse One-Star, which was a staple on the 1990's NYC club circuit. And speaking of club scene staples, Converse enlisted the legendary Boris Zuborev of East Village Shoe Repair who was the man who created the giant platform shoes worn by every club kid at Limelight's Disco 2000 back in the day.

The highest platforms Zuborev ever created were 3 ½ feet tall, and since the '90s he's been doing lots of work for underground Japanese shoe companies.

Zuborev is surprised the classic club look would have a renaissance. "I never paid attention much to all this," Zuborev said. "I never thought this was going to come back." Luckily MadeMe's Creative Director Erin Magee, and many vintage-obsessed millennials demanded the style come back.

The Converse x MadeMe collab, including the platform Converse One-Stars and apparel, launches May 24th at converse.com, Urban Outfitters and Dover Street Market.