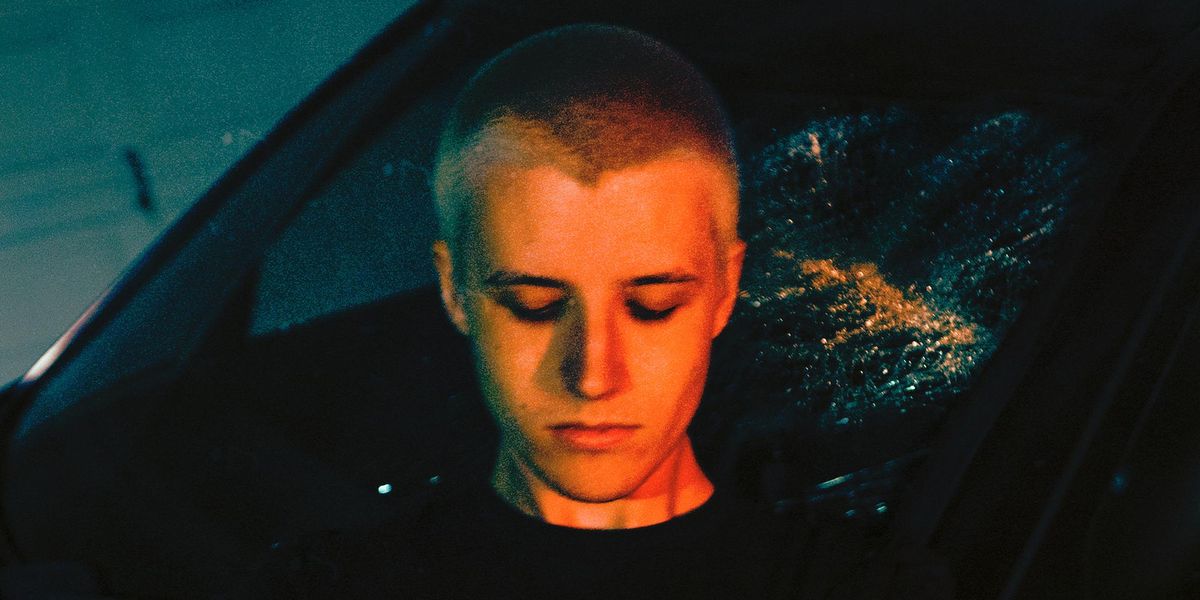 contradash joins forces with 100 gecs' Dylan Brady for "222pm," a hyperpop track the all-star artist describes as the product of a time "where I was more confused with life than ever." When he met Brady though, the producer helped contradash "reintroduce" himself to music within just 30 minutes. "I felt reinvented, like I'd just made my first song," he says.

Director Stefan Kohli built off their collaboration's energy, saying that it "feels like a hectic trip in a dream-state that ends almost as quickly as it starts." The "chaotic drops and turns" of "222pm" inspired his idea to put contradash on a rollercoaster. "I wanted to make a video that was equally high energy, with barely a second to breathe," he says.

Below, PAPER catches up with contradash to talk about the "huge moment" of working with Brady and why he considers "222pm" his real "first release."

Why'd you choose this location to film the video? Was it completely empty during production?

Our director Stefan had the idea of these coaster shots and it was a miracle to find a place where we could possibly pull it off at. Luckily our producer, Wyatt Whitaker, had grown up there and was familiar with the Mission Beach Area. The park opened up about halfway through our shoot, so we had to navigate accordingly.

How involved were you with the video's concept and direction?

I had an initial concept that was basically a visual representation of the lyrics, but there wasn't any dynamic factors that our team had brought to life. It was important to trust the teams ideas on this one.

How was it collaborating with Dylan on this track?

It was a huge moment for me to get in with Dylan and I let him know that immediately. We both use the same program, and we brought our own individual techniques into play and learned small oddities from each other. He showed me the craziest things and within an hour of meeting we were listening to this hook and eating spicy McNuggets.

How do you see this release as an extension of your previous work?

I honestly feel like this is my first release. I had been in a position where all my releases were so far planned ahead, that everything felt old by the time it came out. While it's good to be as prepared as possible, when something is new and you really love it, people can feel that. That's what it's about: sharing that feeling with them.

[Laughs] I added these bird sounds on Dylan's synths in the intro and they are super insane to me still. I wanted to feel like I was outdoors in this insane out-of-earth world and it was really brought to life with the combination of those things.