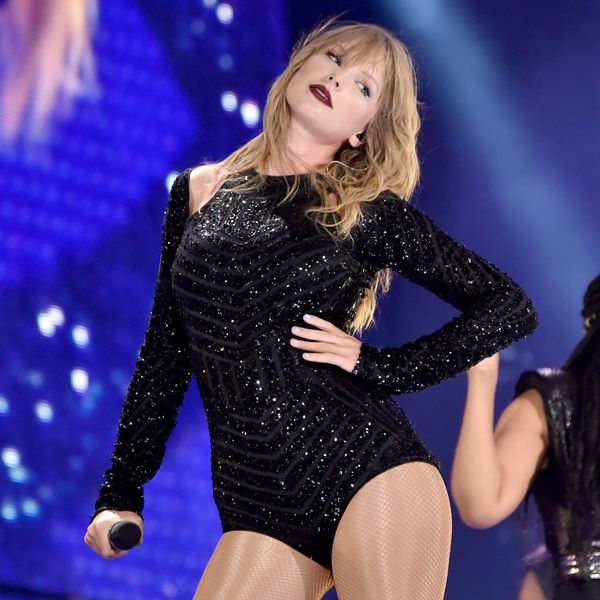 Last night, Taylor Swift, who famously refused to comment on the 2016 election, finally revealed a political opinion. The superstar musician posted a passionate note on Instagram against Republican Tennessee senate candidate Marsha Blackburn, saying she'll be voting for Democrats Phil Bredesen for the Senate and Jim Cooper for the House.

Bredesen was understandably thrilled. "I'm honored to have your support and that of so many Tennesseans who are ready to put aside the partisan shouting and get things done," he wrote to Swift on Twitter. "We're ready for it." (We can only hope that's a TSwift pun).

Thank you for the kind words @taylorswift13. I’m honored to have your support and that of so many Tennesseans who a… https://t.co/yqszugNwUj
— Phil Bredesen (@Phil Bredesen)1538958031.0

Swift has a large conservative fanbase, many of whom interpreted her silence as implicit Trump support. Remember when her app, "The Swift Life," was flooded by Trump supporters? Or when white supremacists kept calling her their "Aryan Goddess?"

Now that Swift has publicly pivoted to the left, those same conservatives are pissed. The Daily Beast reports that a 4chan thread dedicated to Swift's support for Bredesen features posts calling her "traitorous." One user posted a picture with Swift's head on fire; another said her endorsement for Democrats cost him his "last additional bit of hope."

On Fox & Friends, Charlie Kirk, founder of the student-focused conservative organization Turning Point USA, said that he used to "love that [Taylor Swift] stayed away from politics." He said that Swift "probably got some very bad information," and implied that she did not write her own Instagram caption.