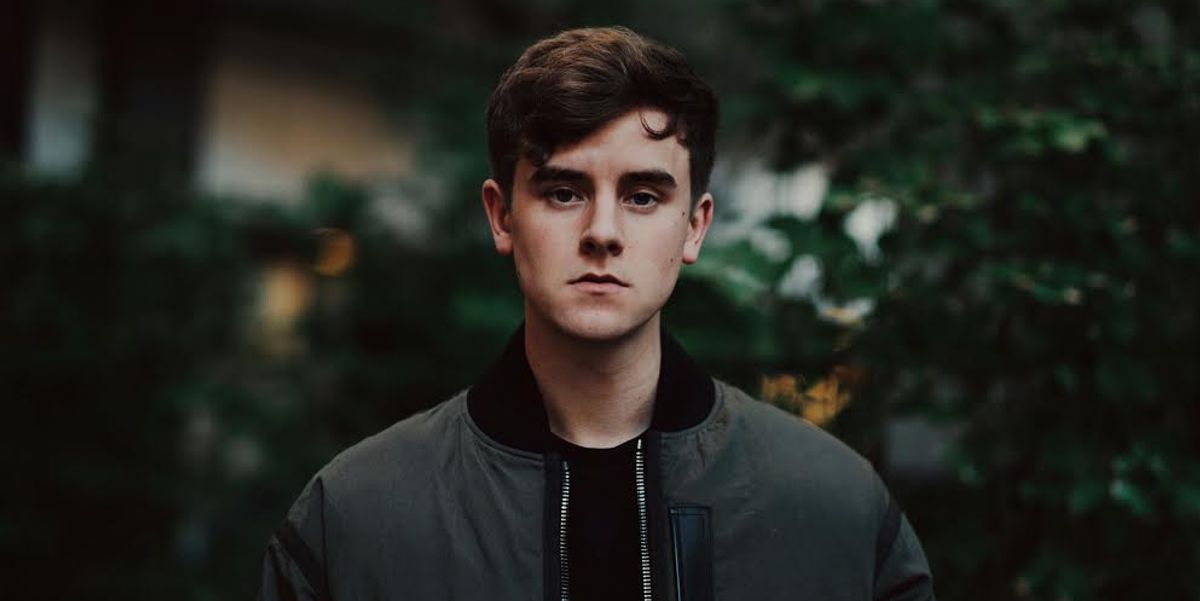 Checking In With YouTube Star Connor Franta: Life Post-Coming Out, and Redefining His Career

At just 23 years old, vlogger Connor Franta has reached and defined a new strata of Internet stardom. His YouTube channel boasts 6 million subscribers--a combined 15 million followers when you include his Instagram and Twitter pages.

Connor rose to YouTube fame for his quirky, #relatable (but really, though) weekly vlogs about his life as a college student, funny pop culture quips, regarding music, movies, books.

But it was his December 8th, 2014 video, "Coming Out," that elevated Connor's platform into new terrain.

The video, which has amassed more than 10 million views, was a heart-wrenching six-and-a-half minutes, during which Connor came out as gay--something he had kept from his dedicated fanbase for a long time.

His 2015 memoir, A Work In Progress, touched on his life growing up in conservative Minnesota, while both struggling with, and accepting his gayness, all in front of millions of people. The book has since sold 300,000 copies, and was a New York Times Bestseller.

Now, after expanding his interests into music, with a record label, and coffee and clothing sold on his quasi-Lifestyle shop, Common Culture, Connor has become a bonafide mogul.

But the Los Angeles-based media scion remains remarkably humble, and dedicated to living his truth amidst his international fame and ever-expanding media empire. We caught up with Franta while he was in New York to attend a 2016 YouTube Summit, and talked to him about life post-coming out, and where he sees his career going.

Congratulations again on the book! The redesigned hardcover just came out, right?

Thanks! Yes, it just did.

How long was it on the New York Times Bestseller list?

That must have been surreal!

It was amazing, but really, really weird. It was cool to make it once, and then every week, I kept emailing my publisher, like, "How am I still on?" It just kept going and going.

How did it take to write?

It took about a year to write and then we put it out as a paperback edition, and then the hardcover is officially out and everything a year later. It's just about my past to present. My upbringing...and my process of going from a small town boy to where I am now.

You grew up in Minnesota right?

I did. The book riffs on my take on the world of like being someone who doesn't necessarily like the spotlight. When you're from Minnesota, you're very conservative, you don't like to talk about yourself, you like to listen to people. So, to be in a position that's the complete opposite is still very strange for me.

And I'm sure being gay was tough there.

That too. That was a huge part of the book too.

What was it like right after you came out?

Even though the support was so amazing and huge, it was still really scary and nerve-wracking; I still was anxious for weeks. "Ok, now what's the process like afterwards?" Everyone knows, but I needed to learn how to integrate into my online life, because it was so personal and I didn't talk about it for so long.


Did you come out in your private life before?

After being out to my friends, I came out to my mom, my dad, then my siblings. Within three or four months, I was out with pretty [much] everyone in my personal life. I lived that life for about a half a year, and then I was like, I don't know why I'm holding back this huge part of my life.

That must have been hard, because you have such a close connection with your fans.

It's very intimate and personal.

Did that weigh on you? Hiding this big thing from them.

It did, yeah, because I just had to change how I spoke...in my videos. I was very conscious of who I was hanging around or even just like, let's say I was out with a boy, I couldn't hold his hand or anything like that, because I was afraid of someone taking a photo, and getting outed accidentally...or on purpose. So it was just like stressful. At that point, I was so comfortable with it, why wouldn't I just share that? So, I made the video. It felt great.

Did you watch other coming out videos before you made yours?

I watched them all.

Sometimes, a coming out video--regardless of how positive the message is--can feel a bit contrived. Yours felt extremely genuine.

I suppose it was just the position I was at in my life...since it was so fresh to me; it was incredibly emotional. Also, I'm just a very emotional person. I was crying at the YouTube summit yesterday, like, three times, listening to random people talk. Like, I need to stop.

It's great how accepted LGBT people are in the YouTube community. On Vine, though, and other platforms, it seems like it's very hetero and white-washed still. Why do you think that is?

With Vine, I feel like there is a personal element to it that there is with YouTube, but it's so short that you can't quite get that intimate with your audience. So, it would be hard to be that authentic and not just...comedic. Because I don't think authenticity thrives on Vine. It's all about "comedy," even if that comedy is racist or homophobic, it somehow still flies in that community.

Did you have people that you looked up to when you were not out, like on Youtube or other social media platforms?

Yeah, I mean, I honestly watched every "coming out video" on YouTube. But in general, just watching Tyler Oakley, Gigi Gorgeous, Troye Sivan, MarkE Miller all be themselves, authentically, was very helpful for me.

MarkE Miller's videos helped because he was from the midwest too. So just to see him be openly gay was inspiring. I wasn't even friends with any of them at the time--but it still just felt like I had people that "got it."

Did you ever worry about how coming out would affect your fan base?

I think there was a moment in the beginning where I contemplated it, but then after a while I realized that it shouldn't matter to anyone; if it does matter to you, well, good riddance. Unsubscribe...Don't watch. I just got to a point where nothing was holding me back anymore.

With such a big platform and notoriety, is it hard sometimes trusting people? Especially with making new friends, or going on dates with guys?

It's been a learning curve and I think it's a learning curve for everyone--everyone kind of does it in their own way. For me, I definitely keep a lot of stuff to myself, and I'm very conscious of what I do and don't share. I hang out with friends every day, and I never use SnapChat during [that time]. I keep my personal life personal, and I'm very calculated in what I do share because I do want to keep things to myself.

Do you ever experience cyberbullying or like trolling? Especially since coming out?

Definitely. I think what people don't realize is that--and I don't know for other YouTubers--but I see a lot. I follow fans on Twitter, I'm always checking Twitter, and I see a lot of the comments. So, if I get too caught up in it, I'll start searching my name and I'll start looking for indirect mentions...and it can be a really dark tunnel that you go down and you just have to avoid that; it's a dangerous cycle. I've gotten to the point where if I'm not looking for a specific thing, I just don't.

In terms of not-so-negative Internet k-holes, what's your favorite one to go down?

I'm so nerdy--I just like look through Wikipedia pages and quote accounts and things like that. I do love watching beauty tutorials on YouTube, even though I don't wear makeup. I still love watching; it's cathartic.

I know how important music is for you, with your label, etc. What bands or musicians have you been into lately, in general?

The label actually scored a movie recently called Gayby Baby and it was an Australian documentary about same-sex parents and their families. And it got brought to the US, and we get to help with the soundtrack and the marketing. So, I put Aurora on there in the credits, and she was on Fallon the next night--it was just great timing.

How did lining up with that movie work out?

So I had been to Australia for numerous reasons before, and I saw the film on a flight like on the way over there. And I was like oh, this is great, and then like, a month after I got back, they reached out saying "Hey, would you like to help this film, we're bringing it to the US."

Where do you see yourself going with all this? More music? Fashion?

I've been loving the Common Culture stuff that I've been doing and everything with Heard Well. I will forever love the Youtube content creation and everything, but the business side off the platform has been so fun. So with Common Culture, it now has clothing, and music through Heard Well and a coffee subscription, and it's all kind of things that I'm interested in expanding more, from a business perspective.

I'd love to score more movies. And I'm getting into production on a movie. I've been really into photography, and overall involvement behind the camera more than in front of it.

You can browse through Connor-sanctioned things at Common Culture, and buy the hardback edition of his memoir here.

All other photos of Connor taken by Matt Bernstein, @mattxiv