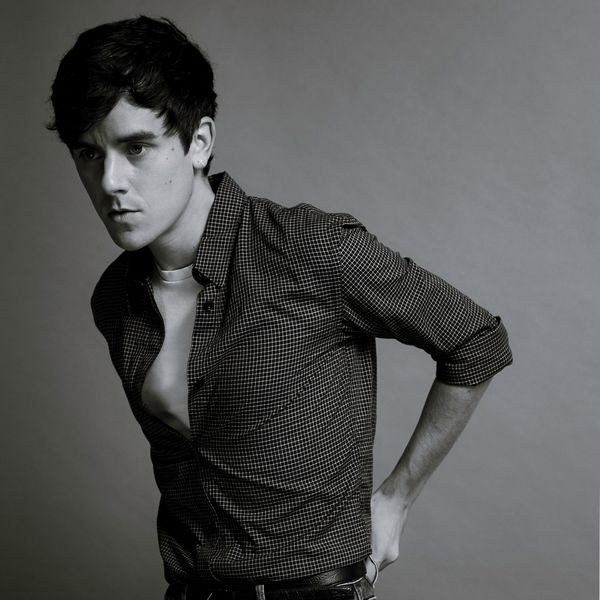 Connor Franta is one of the most online people in the world, but he defies a lot of internet stereotypes. Whether making videos or writing books, Franta favors layered discussion over hot takes, longform over short. Think of his latest project, LOUD & CLEAR, as an antidote to social media — a roundtable talk show that aims to tackle the big issues in depth.

"It's curated, but we open it up to a discussion and go beyond those 30 seconds you usually get in an interview typically," Franta tells PAPER. "Here people will have a platform to actually speak, versus a quick tweet."

​The premiere episode is definitely buzzword-y, but also remains true to Franta's personal experiences — he's been public with his own mental health struggles for years now, as have his panelists. "We'll be talking about what that's like, to live a life of anxiety," he explains. "Uploading every single day while still struggling with personal satisfaction and happiness. I've been uploading content for over eight years now coming up on nine, so after a while doing anything over and over, you fall into that burnout cycle and go back into it." Even those of us with average follower counts can relate.

Franta says there's a long list of potential future LOUD & CLEAR episodes, tackling every big internet topic imaginable — from racial inequality on YouTube to the rise of influencer entrepreneurism. "I want to gather all the top creators of YouTube currently, and see what content is hitting, and what types of humans are making that content, and what it says of society as a whole," he says. "I'd love to get that group of people in a room together."

He's also hoping to do what he calls "the big boss interview," picking the brains of social media personalities who have major businesses on the side — Jeffree Star, Lilly Singh. "And definitely I'd love to get a group of queer people in, and talk about being LGBTQ+ in a global sense and in our current political situation as well."

"We'll be talking about what that's like, to live a life of anxiety."

It's clearly Franta's dream project, and the timing is perfect. "In recent years I've been leaning as a viewer and consumer into longform discussion of topics, especially those that are more political, and things that actually have weight," he says. "We always need more of that in 2019."